The Creation of Israel was an Extraordinary Event, but Also a Normal One

Likewise, it was the work of leaders and heroes—but also of millions of people who sacrificed all to achieve it. 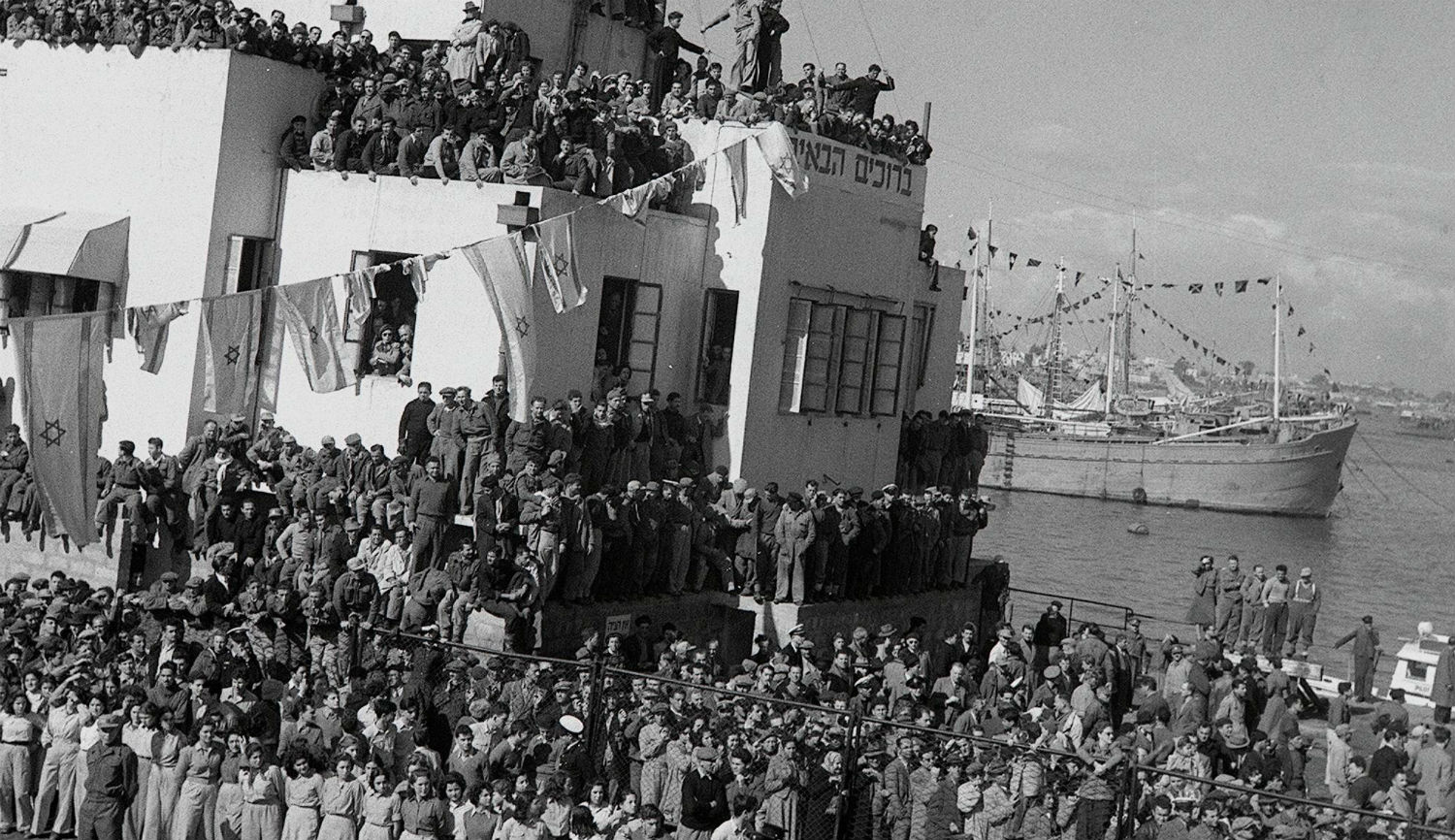 Response
Michael Mandelbaum
About the author


Michael Mandelbaum is the Christian A. Herter Professor Emeritus of American Foreign Policy at The Johns Hopkins School of Advanced International Studies in Washington, D.C., and the author, most recently, of Mission Failure: America and the World in the Post-Cold War Era (Oxford).

Martin Kramer’s superb essay, “Who Saved Israel in 1947?,” together with his earlier and equally praiseworthy Mosaic article, “The Forgotten Truth About the Balfour Declaration,” exemplifies revisionist history at its best.

In these essays, Kramer shows that the widely accepted explanations of two major events in the history of Zionism—the Balfour Declaration of November 2, 1917, endorsing the establishment of a Jewish national home in Palestine, and the passage of United Nations General Assembly Resolution 181 on November 29, 1947, recommending the partition of Palestine into a Jewish and an Arab state—are incomplete. The Balfour Declaration, he demonstrates, enjoyed official support extending well beyond Great Britain, the country that issued it, and the UN resolution came about because it had the endorsement not only of the American president, Harry Truman, but also of Joseph Stalin, the dictator of the Soviet Union.

These corrections are valuable not simply because setting the historical record straight is always a good idea. At a moment when the century-long Arab campaign against Zionism takes the form of seeking to undermine Israel’s political legitimacy, it is timely to note that, measured by the breadth of international support for its creation, Israel has as much legitimacy as any state has ever had.

Moreover, in a moment of geopolitical fluidity, when familiar alignments seem fragile and when, consequently, Israel’s need (and not Israel’s alone) for creative diplomacy is newly urgent, it is timely as well to remember the skill of the Zionist diplomats of the pre-state period in helping to persuade the British government during World War I and the Soviet leadership after World War II to do what they did.

The account of the progress of Zionism that emerges from Kramer’s two essays takes its place in the school of interpretation that considers the creation of Israel to be an extraordinary historical event, well outside the boundaries of what is normal in international affairs. And so, in many ways, it was.

Yet a different interpretation is also valid: one that understands Zionism’s trajectory as the product of major forces that have affected every country and that in general have shaped the world of the 21st century. In this context, the great movement of which the Balfour Declaration and the UN resolution were milestones becomes familiar, normal, indeed historically ordinary.

According to this second interpretation, the event that set in motion the creation of Israel was nothing less than the French Revolution of 1789. That event introduced to the world the idea that sovereignty properly resides not in the monarch, as had been the rule almost everywhere for centuries, but rather in the people. The movement to endow distinctive peoples—nations—with their own states gained momentum in Europe over the course of the 19th century. In that era, both the Italians and the Germans, hitherto dispersed among multiple political entities, established their own national states.

Then came World War I, which, because it destroyed the dynastic multinational empires of the European continent, necessitated at its conclusion the political reconstruction of Europe. To the peace conference in Paris that followed the war, the American president Woodrow Wilson, who a year earlier had approved the Balfour Declaration, brought a conceptual formula. Wilson persuaded the other victorious powers to accept the proposition that, initially in Europe, the nation-state should become the only legitimate and therefore universal form of political organization. In the succeeding 100 years, this is more or less what has happened, not only in Europe but throughout the world.

Neither Wilson nor anyone else, however, managed to work out a definition of the nation on which all could agree. The fundamental questions—which groups are nations and thus entitled to their own states, and where and how the borders of such states should be drawn—have never been answered on the basis of a universally valid principle. But they have, of course, been decided in practice, and in a standard way. The deciding factors, in the words of Otto von Bismarck, the chief 19th-century architect of the German nation-state, have been two: “blood and iron.” In practice, that is, a nation is a group of people who have decided that they do indeed form a nation and who are willing and able to establish and defend their own state.

That, too, is the history of Zionism. To be sure, the Jews have had to fight harder and longer for their state than have many other nations; but the difference is one of degree. Much of the large-scale violence of the last 100 years, and most of it during the last three decades, has had as its cause the related questions of who gets a state and where states’ borders begin and end. Israel’s experience is all too typical.

Martin Kramer’s two essays have their heroes: on the one hand, resourceful Zionist diplomats and, on the other hand, sometimes farsighted and courageous and sometimes merely opportunistic leaders of the great powers. In the alternative—or, more properly, complementary—interpretation, the heroic figures are the millions of people who sacrificed in blood and wielded the iron to secure a Jewish state.

It would be unfair to fault Kramer for neglecting this aspect of Zionist history, for two reasons. First, his purpose was to write about a different aspect; second, in fact he does not neglect it. Thus, in his essay on the UN partition resolution he quotes a statement by the Israeli foreign minister, Moshe Sharett, to the American secretary of state, George C. Marshall. On the subject of the effort required to carry out the UN resolution, the brunt of which was borne in the battlefield by the fledgling Israeli army during Israel’s War of Independence, Sharett said: “whatever we had secured was with our own capabilities alone.”

In this anniversary year it is well to remember, as Martin Kramer reminds us in these two excellent essays, that Zionism has commanded widespread international support; but it is also well to remember that without the efforts of the people who put their lives on the line, that support would have meant nothing. A century after the Balfour Declaration, and 70 years after the partition resolution, it is appropriate to note that outstanding leaders can indeed affect the course of history. It is equally important to acknowledge that great enterprises like Zionism are the work of many hands—and that the Zionist enterprise owes its success, ultimately, to the commitment and resolve of all the world’s Zionists.

The Creation of Israel was an Extraordinary Event, but Also a Normal One
1. Essay

The UN Partition Vote in November 1947 Was Important, but Not Crucial
4. Response

Communism, Zionism, and the Jews: A Brief Romance
5. Last Word

Why the 1947 UN Partition Resolution Must Be Celebrated