No One Knows for Sure What the Original Matzah Was

Not packaged, not square, not oven-baked: that’s what it wasn’t. But what it was and where the name for it comes from is still something of a mystery. 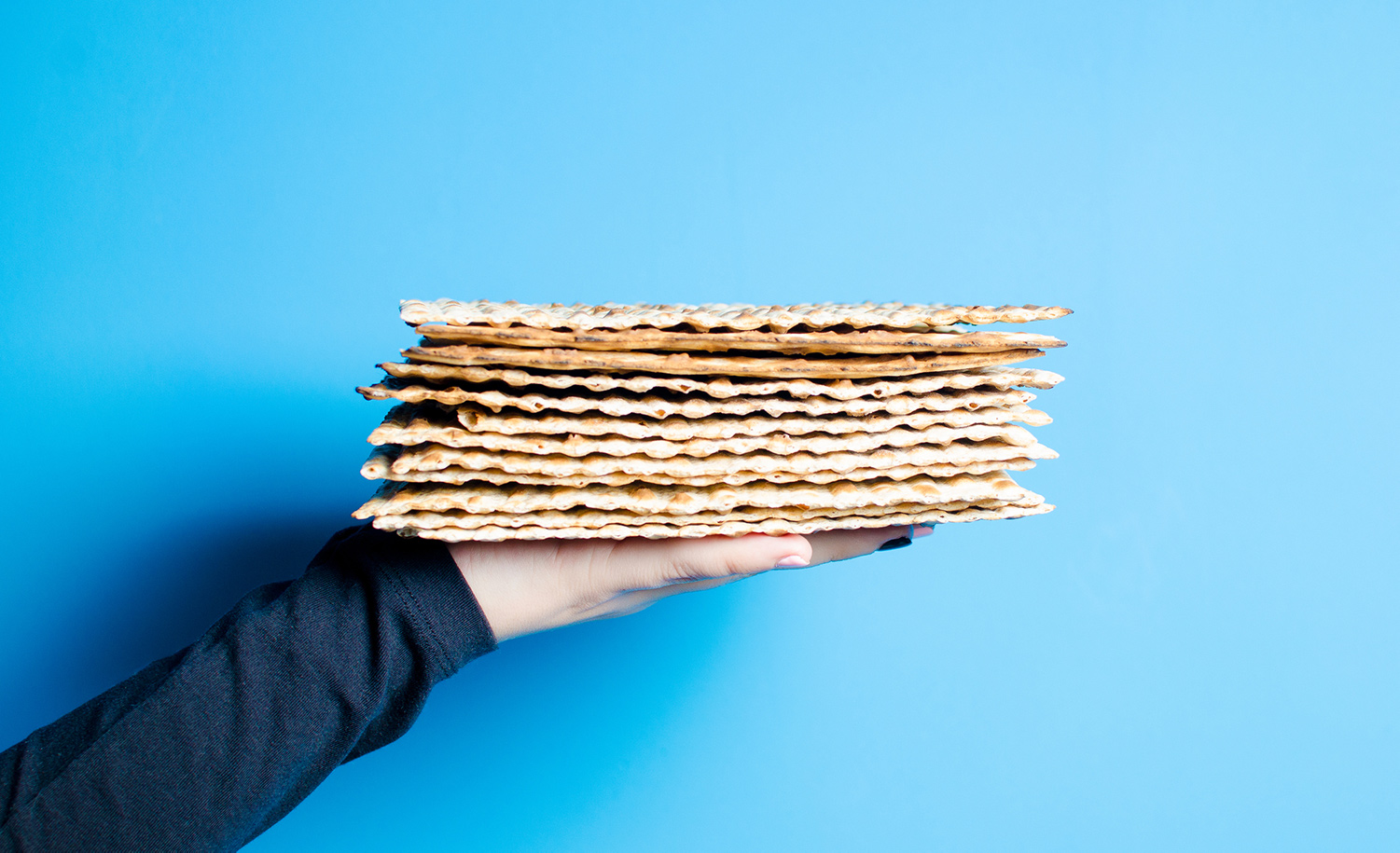 Quite obviously, the matzah that Jews have been eating for the past several days differs from the leḥem oni, the “bread of poverty,” that their forefathers ate when leaving Egypt.

For one thing, that bread didn’t come packaged in boxes. The first commercially successful matzah-making machines were built in Cincinnati in 1888 by a Lithuanian immigrant named Dov Behr, who founded the B. Manischewitz Company. Before then, Jews everywhere bought their Passover matzahs from bakeries that made it by hand.

Nor, of course, were these pre-industrial matzahs square or rectangular, which you need them to be to fit into a box. When dough is patted out between the palms or rolled out with a rolling pin, it tends to assume a circular shape. The Middle Eastern pita, the Mexican tortilla, the Indian chapathi, the Ethiopian injera, the Georgian puri, the Afghan naan, and most of the world’s other traditional breads are round.

Round, too, is shmurah matzah, the hand-prepared matzah that some Jews punctiliously eat on Passover to this day. And so were the ugot matsot, “the round flatbread,” as Robert Alter’s new Bible translation renders these words in Exodus 12:39, which relates how the fleeing Israelites baked the dough of this bread without waiting for it to rise, “for they had been driven out of Egypt and could not tarry.” An ugah in modern Hebrew is a cake, but in the Bible the word refers to a disk of bread, as when Abraham, pressed to make a quick meal for the three angels who visit his tent unexpectedly, tells Sarah, “Hurry, take . . . dough and knead it and make ugot.” Both ugah and its verb ug, to inscribe a circle, are related to the Hebrew word igul, circle.

Clearly, too, the bread eaten on the flight from Egypt wasn’t baked in ovens, as matzah is today and has been in most parts of the Jewish world for a long time. People on the run don’t take their ovens with them, and while ovens in the ancient Middle East were—and in parts of it still are—built from clay, a clay oven also isn’t easily constructed. You wouldn’t have stopped to make one while trying to get away from Pharaoh’s army.

Not packaged, not square, not oven-baked: that’s what the original matzah wasn’t. But what was it? The Hebrew word matsah (plural, matsot) doesn’t tell us much, because no one is sure what it derives from. Attempts have been made to link it to the verbs matsats or mitsah, to suck or press liquid from, and even to ancient Greek madza, barley bread. But these are less than convincing—and even if they were more so, they would provide no clue to how the matzah of the exodus was made.

Yet we’re not linguistically clueless. The clues just aren’t in Hebrew. They’re in Hebrew’s sister languages Aramaic and Arabic. While I doubt that I’m the only one to have noticed these clues, I’ve never come across any mention of them in the context of Passover.

Let’s start with Aramaic, the language spoken throughout the Middle East until its gradual replacement by Arabic after the spread of Islam. The second oldest translation of the Pentateuch (the first is the Greek Septuagint) is the Aramaic version known as the Targum Onkelos, which dates to the late 1st or early 2nd century CE. The word matzah occurs some 30 times in the Pentateuch, and in each and every one of them, the Targum translates it by the Aramaic word patir (plural, patirin). The ugot matsot of Exodus 12:39, for example, are rendered as gritsin patirin, a garits being a round bread or cake.

Very well, you say. A matzah is a patir. Now tell us what a patir is.

This is where Arabic comes in. Among the traditionally nomadic Bedouin of the Arabian Peninsula and Sinai, there are two types of what the legendary Charles Doughty calls in his Travels in Arabia Deserta “hasty bread.” Neither is baked in ovens, which nomads don’t have.

The first type is made by kneading a yeastless dough of flour and water while igniting a small brushwood fire (a flint and steel band will do the trick handily) on the desert sand. When the dough has been formed into balls and patted out until it is round and thin, the fire is extinguished and the bread is laid upon the hot coals and covered with sand. After a few minutes, the sand is brushed away and the dough, now lightly browned and floppy, is taken from the coals, cleaned of its ashes, and eaten. This kind of bread is commonly known as abud, arbud, or libba. When I ate it many years ago in Sinai, it was very good.

The second type of Bedouin bread is made from the same dough, patted out even more thinly. In this case, however, it is not placed on hot coals but rather slapped on a heated metal sheet or dome (think of an upside-down wok), and the process is even hastier. After a few seconds on the metal, the bread is flipped over on its other side, and a few seconds later it is removed and ready to eat. It is called fatir.

Fatir, patir: there can be no doubt that we are dealing with the same Semitic word.

Prior to modern times, Bedouin life had not changed very much for thousands of years. Was the matzah of the exodus, then, a fatir? Did the Israelites leaving Egypt have with them the metal implement needed to make it? This wouldn’t have been very heavy and might certainly have been among the basic items a household would have taken on its flight.

Perhaps. But words change their meanings over time, often more than do styles of life—so that it is quite possible that the fatir, the Targum Onkelos’s patir, was once no different from the abud or libba. From the book of Kings, we know that bread was prepared in this fashion in the time of the Bible. There it is told of Elijah that he “went a day’s journey into the wilderness . . . and as he lay and slept under a juniper tree, an angel touched him and said to him, ‘Arise and eat.’ And he looked and, behold, there was a round bread baked on coals [ugat r’tsafim].”

The angel, it would seem, had made matzah for Elijah—a single portion of which sufficed him, so the Bible narrates, for the next 40 days. A Jewish family today, by contrast, can finish several boxes in a week. One wonders which is the greater feat.

No One Knows for Sure What the Original Matzah Was