The origins of two strange names for French villages that are now suburbs of Paris. 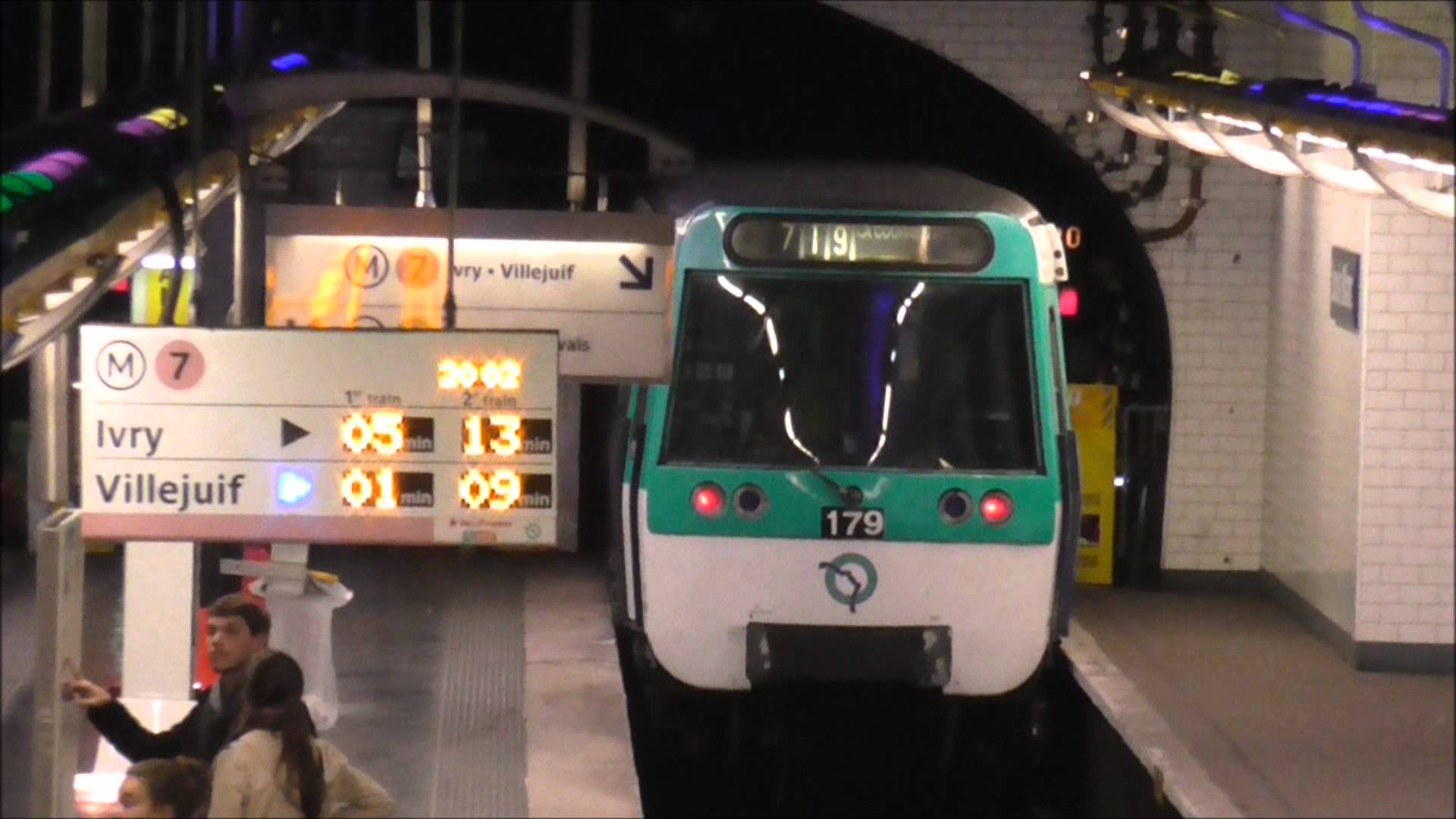 I don’t know how many times I’ve ridden the underground Métro without noticing it, but while I was in Paris last week, looking for line 7 in the Louis Blanc station in the city’s northeast, something caught my eye.

Métro lines, like train and bus lines everywhere, are often known by the names of their last stops (when I first came to know Paris, this was the only way they were known), and the stairs descending to the southbound route of line 7 bore the sign “Villejuif—Ivry.” Once on the train and studying the map of the route, I saw that much farther on, at the Place d’Italie, it split in two, one arm continuing to Villejuif, the other to Porte d’Ivry and Mairie d’Ivry.

Villejuif? Ivry? What a curious combination! The first of these names, as any Frenchman will tell you, means “Jewtown.” (The French word for Jew, juif, is a back-formation from juive, Jewess, the feminine form of Old French juiu, from which also comes our English “Jew.”) The second name . . . well, I had no idea of what Ivry was thought to derive from. (The “d” in d’Ivry is an elision of de, “of” or “from.”) Appearing alongside Villejuif, however, it couldn’t fail to make me think of ivri, which is Hebrew for a Hebrew. Might that have been its origin? Was there a connection between the two names? Or was it all just an odd coincidence?

Villejuif and Ivry, today large suburbs of Paris lying just beyond the Péripherique, the ring road encircling the city, began as villages to its south. Both are first mentioned by medieval French sources.

Ivry, to start there, appears in the Latin form of Iuriacum in 1186, while a “Symon faber de Ivri,” an artisan from Ivry named Simon, is referred to in an ecclesiastical document dating to 1211. But none of the three commonly proposed explanations of the name Ivry, about which etymologists disagree, has anything to do with Hebrew. One traces it to a hypothetical resident named Eburius; a second to Gaullish, the pre-Latin Celtic language of France, in which eburo signified a yew tree; the third to Latin ebriaca, rye grass. Historically, Jews were not associated with the village, even though there had been a Jewish community in nearby Paris at least since the 10th century. This was centered, prior to the Jews’ expulsion from France by King Philip Augustus in 1182, on the Île de la Cité, the island in the Seine on which construction of the great cathedral of Notre Dame was begun in 1163.

And yet Jews owned large tracts of land in Paris apart from the Île de la Cité. As the French chronicler Rigord, a contemporary biographer of Philip Augustus, wrote in his Gesta Philippi Augusti:

When they [the Jews] had made a long sojourn [in Paris], they grew so rich that they claimed as their own almost half of the city and had Christians in their houses as menservants and maidservants who were open backsliders from the faith of Jesus Christ and Judaized with the Jews.

So in debt to Jewish money lenders were “the citizens and soldiers and peasants in the suburbs, and in the various towns and villages” around Paris, wrote Rigord, “that many of them were constrained to part with their possessions.”

Even allowing, therefore, for a measure of anti-Jewish exaggeration on Rigord’s part, meant to justify Philip Augustus’ expulsion order, a Jew might very well have been the proprietor of Ivry or a part of it. Why should French hébreu, from Latin hebraeus, not also be a possible etymology of Ivry? The word is attested to in French from the early 12th century, in the Anglo-Norman poet Philippe de Thaun’s Bestiaire. En Ebreu en verité est Aliz laus de Dé, “In Hebrew in sooth Aliz means praise of God,” wrote Philippe, who obviously didn’t know a word of the language, in dedicating his work to Alice of Louvain, the first wife of King Henry I of England.

If there was a Simon the artisan who worked in Ivry, why not, say, a Simon the Hebrew who owned it and for whom it was named? True, Jews were never known in French as “Hebrews,” as they were and still are, for example, in Italian, in which a Jew is an ebreo and Jews are ebrei. French hébreu refers to the Hebrew language, not to an ethnic group. But who is to say that in medieval times, from which little written documentation has survived, there were no exceptions to this rule, especially in light of the fact that Ivry’s geographical neighbor, lying to the west of it, was “Jewtown”?

But is “Jewtown” what Villejuif really meant? Here, too, the etymologists can’t agree. There are arguments for and against. On the one hand, Villejuif is referred to in 12th-century papal bulls as Villa Judea and Ville Judei. (French ville, a village or town, derives from Latin villa, a country house or estate.) This would strike one as conclusive were it not that, on the other hand, Villejuif is also referred to at the time as Villa Jullitoe, and its parish church is named for the 4th-century Christian martyr Saint Juliette. Was Jullitoe a scribal garbling of Judea? Was it vice-versa? Were these two different names for the same place?

And what about the fact that, ville being grammatically feminine, “Jewtown” should have been Villejuive and not Villejuif? Was the “v” devoiced into an “f” over time? Was the original name ville des juifs or ville aux juifs, “the town of the Jews,” from which the des (of) or aux (pertaining or belonging to) was eventually dropped?

Such conundrums have caused other etymologies to be suggested for Villejuif, such as the name’s deriving from an estate owned by a hypothetical Juvius or even Gesedis. But although a Jewish explanation for it is currently in disfavor among French scholars, this would appear to be only because there is no record of medieval Jews having lived in Villejuif—an objection that is dealt with, as we have seen, by the Gesta Philippi Augusti. No Jewish community need have existed in Villejuif for the site to have been called “the village of the Jew” or “of the Jews.”

The average Frenchman who believes that this is what the name has always meant is far more likely to be correct, I should think, than the scholars who doubt it. If, as the chronicler Rigord claimed, Jewish real-estate moguls bought up parts of Paris in the 12th century, they could surely have invested in land south of the city, too.

This, at any rate, is the conclusion to which Métro line 7, which takes a southwesterly course from Louis Blanc to Place de l’Opéra, turns due south to the Louvre, and then heads east along the right bank of the Seine to the Pont de Sully before crossing the river and proceeding southward again to the Place d’Italie, ultimately leads.