Podcast: Eugene Kontorovich on the Legalities and Controversies of Anti-BDS Law

The noted legal expert explains why anti-BDS laws are not only permissible but also just. 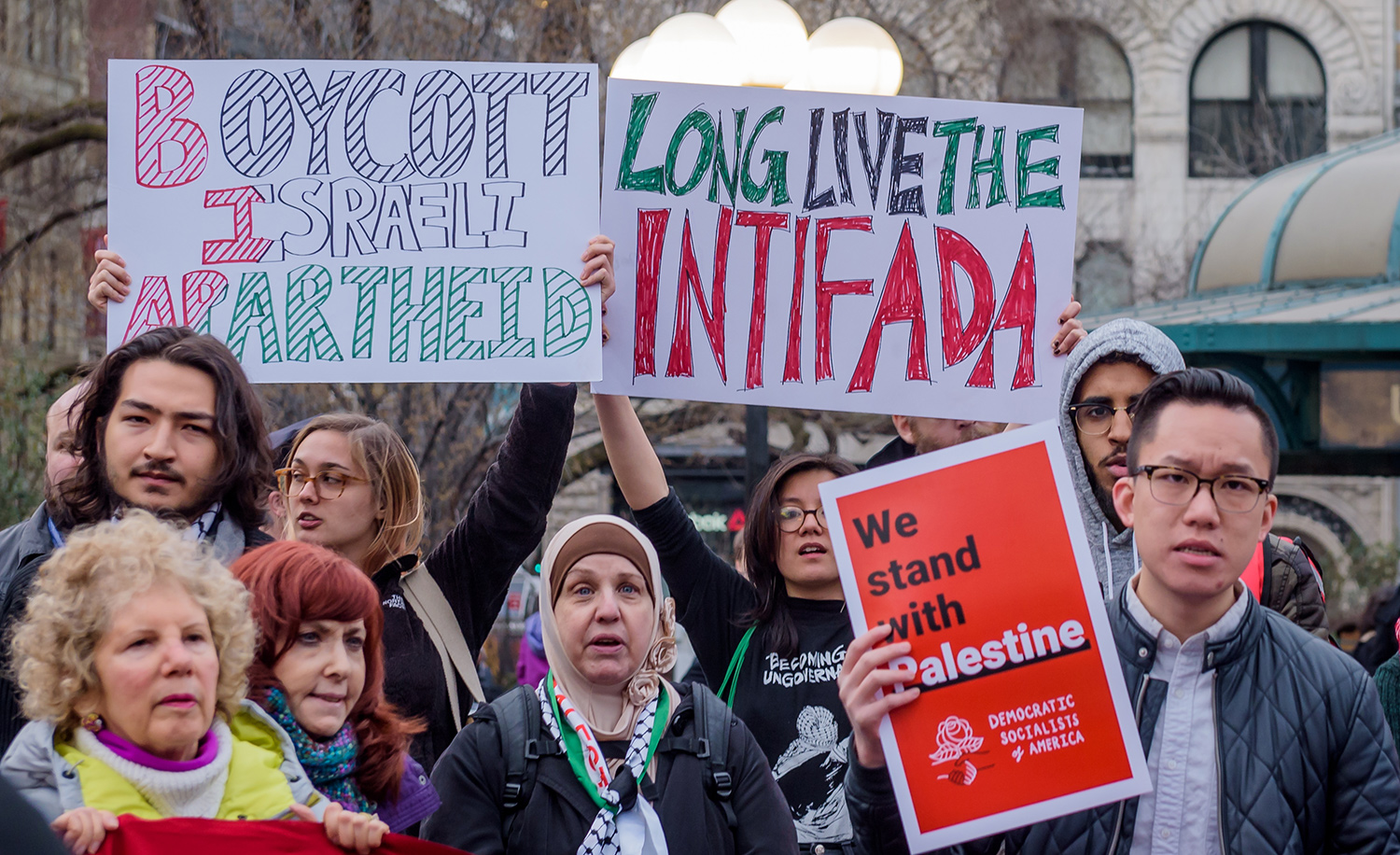 A pro-BDS march in New York in 2018. Erik McGregor/Pacific Press/LightRocket via Getty Images.

The Strengthening America’s Security in the Middle East Act of 2019 was the first piece of Senate legislation taken up in the 116th Congress. It tackles a wide range of foreign-policy issues, many of them uncontroversial. But not all of them. One part of the bill that has generated especially heated debate deals with the movement to boycott, divest from, and sanction (BDS) the state of Israel. The act affirms that the anti-BDS laws currently on the books of 26 states are consistent with federal policy and, despite what critics contend, do  not violate free speech. (The state-level laws do not ban companies from boycotting Israel; they do prevent the states themselves from contracting with companies that discriminate against Israeli businesses.)

The new federal bill has passed the Senate with bipartisan support, but it has yet to pass the House of Representatives, and it continues to draw opposition from groups that claim anti-BDS laws are constitutionally suspect. In this week’s podcast, Professor Eugene Kontorovich joins Jonathan Silver to discuss the complex legal landscape of BDS legislation. Kontorovich, a constitutional expert who played a key role in drafting some state-level anti-BDS laws, guides us through the relevant laws at both the federal and state level and clarifies exactly how they work. In the process, and by means of well-thought-out comparisons with past efforts to boycott apartheid South Africa and to combat discrimination against the LGBT community, Kontorovich demonstrates that anti-BDS laws are not only legal but also just.

Podcast: Eugene Kontorovich on the Legalities and Controversies of Anti-BDS Law