Israel’s future prime minister watched Churchill up close in war-time London, and then sounded Churchillian notes when called upon to rally his own nation. 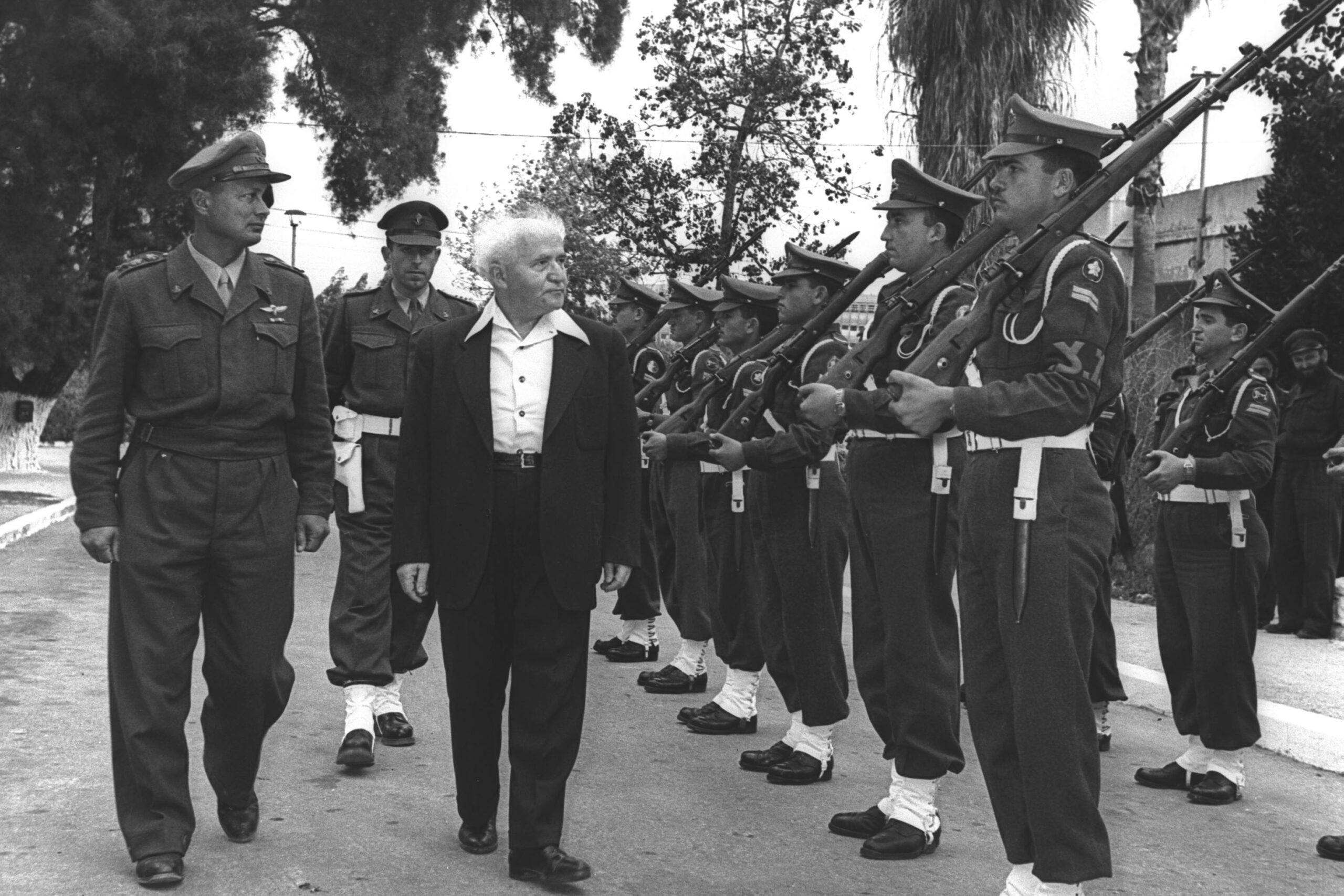 David Ben-Gurion, accompanied by Moshe Dayan, inspecting a guard of honor outside his office in Tel Aviv in 1955. HANS PIN/Israeli National Photo Collection.

On May 1, 1940, David Ben-Gurion, leader of the Jewish Agency Executive in Palestine, arrived in London for what was supposed to be a brief visit. Ten days later, Hitler invaded France and the Low Countries and Winston Churchill became prime minister. Knowing that Churchill had long been friendly to the Zionist cause, Ben-Gurion decided to stay in London, hoping to persuade the new government to raise a Jewish army in Palestine.