The Conceptual Poverty of "Crimes Against Humanity"

There is, unfortunately, nothing more human than most of the things called inhuman. That’s why in Jewish tradition “crimes against humanity” are thought of as crimes against divinity. 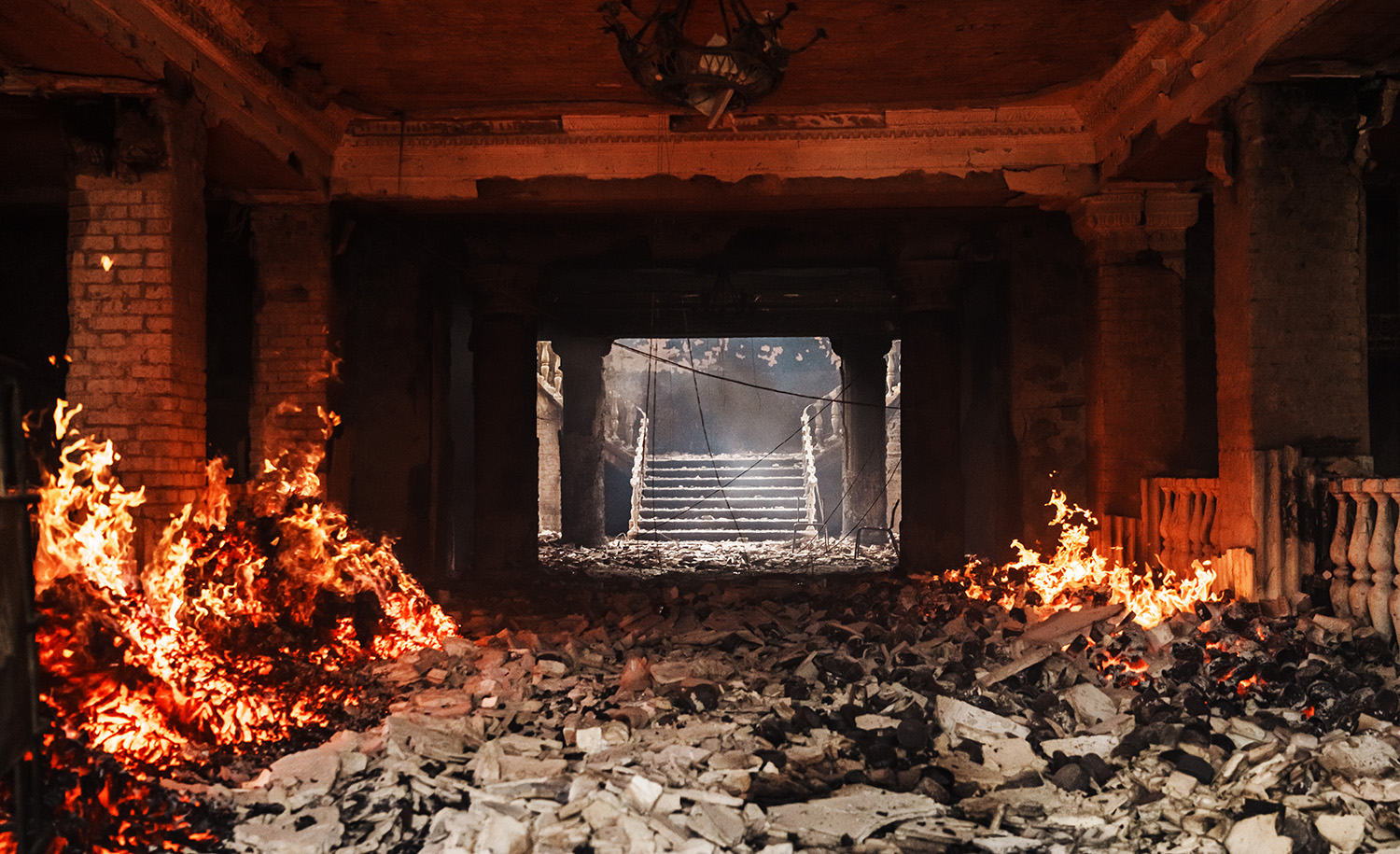 There is something troubling about all the words that have been spilled over the question of whether Russia’s brutal war on Ukraine constitutes “genocide” or merely “crimes against humanity.” The suffering of tens of millions of Ukrainians who have been killed, wounded, displaced, traumatized, and economically ruined will not be made more or less by what we call the Russian assault on their country.

Still, the discussion seems unavoidable, if only in view of the unlikely prospect that some of those responsible will one day be brought to justice and have to be served with an indictment. Should that ever happen, genocide, defined by Article II of the 1948 United Nations Convention on Genocide as acts “committed with intent to destroy, in whole or in part, a national, ethnical [sic], racial, or religious group,” would be the clearer concept. Yet there is no real evidence that such has been the Russian intention in Ukraine. Although the actual figure can be assumed to be higher, the estimated number of Ukrainian civilian deaths in the war so far, as released at the end of May by the UN’s High Commissioner for Human Rights, was 4,149—roughly one-hundredth of 1 percent of the pre-war Ukrainian population. What has happened is horrifying, but it isn’t genocide.

“Crimes against humanity,” then? These are said by the 1998 Rome Statute of the International Criminal Court to be “acts committed as part of a widespread or systematic attack directed against any civilian population” that include “murder, extermination, enslavement, deportation, imprisonment, torture, rape, persecution on political, racial, national, ethnic, cultural, or religious grounds, enforced disappearance of persons [and] other inhumane acts of a similar character intentionally causing great suffering, or serious injury, to body or to mental or physical health.”

“Crimes against humanity,” thus defined, certainly describes Russia’s actions in Ukraine better than does “genocide.” It is also the older of the two terms and can be found as far back as the Republican platform for the 1860 U.S. presidential elections won by Abraham Lincoln, which stated: “We brand the recent reopening of the African slave trade, under the cover of our national flag, aided by perversions of judicial power, as a crime against humanity and a burning shame to our country and age.” Subsequently, the phrase was used in various contexts, one being in 1915 when Britain, France, and Russia, the Allied powers in World War I, issued a diplomatic communiqué labeling as “crimes against humanity” Turkey’s mass murder of the Armenians.

And yet the phrase itself is problematic. For one thing, it’s ambiguous. Does the “humanity” against which crimes have been committed refer to the entirety of the human race or to standards that are taken to characterize the human race? If the former is the case, the phrase is more rhetorical than substantive. In what sense, after all, could the Turks’ murder of the Armenians be said to be also a crime against South Americans or Chinese?

The second interpretation—that of the “humanity” in question being universal human nature or codes of behavior—has generally been taken to be the correct one. Construed in this manner, however, the phrase turns out to be hollow again. Are universal human nature or codes of behavior, if there actually are such things, really opposed to slavery or to “murder, extermination, deportation, imprisonment,” and other “crimes against humanity?” Why, if so, has slavery existed in so many societies over the ages, and why have so many people murdered, exterminated, tortured, raped, and imprisoned one another in the course of history?

It has often struck me in this regard how much wishful thinking, to say nothing of self-flattery, there is in the words “inhuman” and “inhumane.” They roll off our tongues so smoothly that we never pause to reflect that nothing is more human than most of the things we call inhuman. For most “crimes against humanity” to be truly violations of human nature, human nature would have to be very different from what it is.

Witness the verse in Genesis in which Noah is told:

At the hand of every man’s brother will I require the life of man. Whoso sheddeth man’s blood, by man shall his blood be shed, for in the image of God made He man.

It’s not just that every murder defies the God who commands “Thou shalt not murder.” It’s that it murders something of God. The Hebrew word translated by the King James Bible as “image,” tselem, is connected to the Hebrew word tsel, shade or shadow. We are the shadow God throws, and just as our shadows are and aren’t part of us, so we are and aren’t part of God. A “crime against humanity” is not a violation of human nature. It is a violation of the godly in us.

The Bible doesn’t quantify murder. It doesn’t have to be “widespread or systematic” to be a crime against divinity. The seminal story about murder in the Bible is about the murder of one person, Abel, at the hands of one other person, Cain. “What hast thou done? The voice of thy brother’s blood crieth unto me from the ground,” God says to Cain. One man’s blood cries out loudly enough to be heard.

“After the first death, there is no other,” wrote Dylan Thomas in “A Refusal to Mourn the Death, by Fire, of a Child in London” (who was killed in a “crime against humanity” during the German Blitz in World War II). Numbers may not be beside the point, but neither are they the point.

The Conceptual Poverty of "Crimes Against Humanity"