Smiling at my visible distress, my neighbor said he was surprised: did I really not know what was going on to Jews around us? But it’s our responsibility to stay. 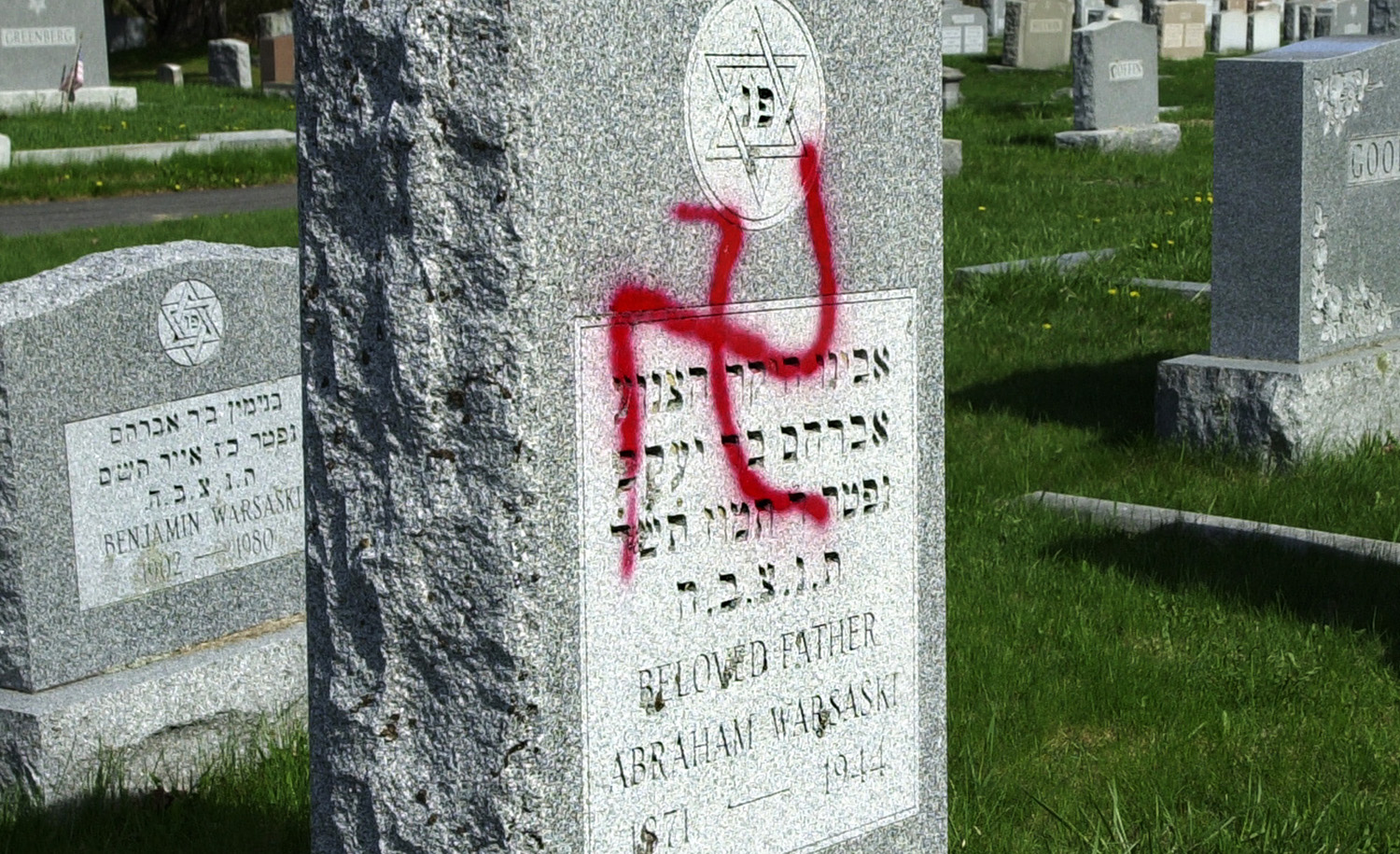 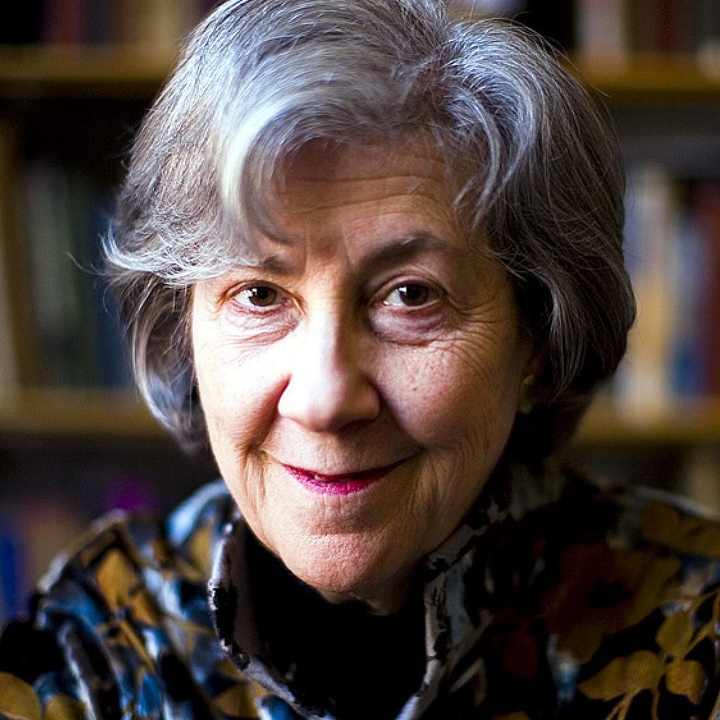 I did not think anything in American Jewish life could surprise me—until an Upper East Side neighbor said to me recently that his daughter, who had moved to Israel a dozen years ago, “was the first to see the handwriting on the wall.”

“I know that you’re an optimist about America,” he responded. “But at a certain point, Jews have been driven from every place where they’ve settled.”

I was stunned. “You don’t mean she thought Jews were so endangered that it was time to leave America as they’ve been leaving France and Russia?”

Smiling at my visible distress, my neighbor said he was surprised: did I really not know what was going on?

A few weeks later, unable to get this conversation out of my mind, I shared it with a professional adviser, another Jew in our neighborhood, who was similarly amused by my reaction. “Did you see the man who just left my office?” he asked. “One of the top lawyers in his field. That’s just what he was telling me he’d been hearing from some of his clients.”

Had I really fallen so far behind on a subject I’ve been tracking for decades? Everything about the upsurge of anti-Jewish politics in the United States troubles me: the role of universities, media, and cultural elites in abetting anti-Zionism, the successor and incorporator of anti-Semitism; the organization of grievance brigades against the allegedly privileged Jews; the ease with which the Arab and Islamist war against the Jewish people has found a home on the left; the electability of known anti-Semites to government; the lone shooters who choose Jews for their targets; the underreported street attacks on visible Jews; and the timidity and stupidity of some American Jewish spokesmen in response to all this aggression.

It wasn’t the escalation of anti-Jewish activity that surprised me, but the idea that it’s therefore time for Jews to give up on America altogether.

Let me try to make this as clear as I can. Aliyah, the voluntary move of Jews to Israel, is an honorable Jewish imperative. The Jews’ return to their homeland—“to build and be rebuilt by it”—is one of the most hopeful developments in the history of civilization. No attempts to sully Israel’s reputation can lessen the magnitude of that achievement.

On a more mundane level, just as some Israelis may wish to live in the United States, some American Jews may prefer to live in Israel. A young Israeli relative of mine once illustrated the concept of Americans who successively “ascend and descend” from Israel in a picture of two muscular shleppers hauling boxes up the stairs for an Israeli-owned moving company. He intended to puncture the ideal of aliyah by focusing on some of its grimier real-life particulars. Yet, though the ideological urgency of that ideal may have waned over the decades, the summon of Jews to Zion will never cease.

In any case, moving to Israel does not necessarily imply seeing the “handwriting on the wall”—a potent phrase with its own heavy Jewish associations. In the biblical book of Daniel, the Jews are in exile, surviving by their wits at the whim of their Babylonian conquerors. Daniel, who had prophesied accurately for King Nebuchadnezzar, interprets the mysterious phrase on the wall—MENE MENE TEKEL UPHARSIN—to the king’s successor Belshazzar: “God has numbered the days of your kingdom and brought it to an end. . . . You have been weighed in the balance and found wanting.”

In its context, this was to be the punishment specifically for the Babylonians’ having desecrated the items taken from the Temple in Jerusalem. In the broader historical context, an augury of civilizational doom has indeed repeatedly correlated with damage or danger to the Jews.

Millennia of evidence support this link between political durability and treatment of the Jews. Because of the way Jews have lived among the nations, as a self-defined, high-functioning minority without independent means of self-defense, they fared differently in accordance with whether societies welcomed or resented their presence. It is no mere cliché to call Jews “canaries in the coal mine”; societies that organized against the Jews were indeed defeated, or crumbled from within. Conversely, toleration of the Jews demonstrated cultural and political qualities of openness and poise that translated into extended achievement.

The United States is a case in point of the latter disposition. When Moses Seixas, warden of the Touro Synagogue in Newport, Rhode Island, wrote to George Washington in 1790 asking for religious freedom for Jews, he, too, invoked the book of Daniel:

Permit the children of the stock of Abraham to approach you with the most cordial affection and esteem for your person and merits. . . . With pleasure we reflect on those days—those days of difficulty, and danger, when the God of Israel, who delivered David from the peril of the sword, shielded Your head in the day of battle—and we rejoice to think that the same Spirit who rested in the Bosom of the greatly beloved Daniel, enabling him to preside over the Provinces of the Babylonish Empire, rests and ever will rest upon you. . . . [emphasis added]

Associating Washington not with the fate of Belshazzar but with the deliverance of Daniel, Seixas asserted that the Jews, hitherto deprived of the “invaluable rights of free citizens,” felt all the more grateful to the Almighty for a government of the people that gave “to bigotry no sanction, to persecution no assistance.” Indeed, Washington’s reply to the rabbi included these same phrases, going one step farther to repudiate mere toleration “as if it was by the indulgence of one class of people that another enjoyed the exercise of their inherent natural rights.” Jews were henceforth to know that citizenship was their right. Welcome to the Land of the Free.

Flash forward to the 1960s, when Jews were both agents and beneficiaries of the civil-rights movement that finally extended the legal promise of America to all of its citizens. Jews meant it when we sang Woody Guthrie’s anthem, “This land is your land, this land is my land/ From California to the New York Island/ From the redwood forest to the Gulf Stream waters/ This land was made for you and me.” We meant it when we belted out Irving Berlin’s anthem: “God bless America, land that I love/ Stand beside her and guide her/ Through the night with the light from above.” American Jews have been no doomsaying Daniels at Belshazzar’s feast but equal partners in this great experiment, and we bear our share of responsibility—no more and no less—for the Republic whose benefits we reap. If America fails us, it fails itself, but the failure is equally ours.

With that in mind, it was interesting to watch the conservative media figure Ben Shapiro greeted recently in Tel Aviv by a crowd that roared its approval when the interviewer pressed him on his readiness to make aliyah. Shapiro, a religious Jew, Zionist, and American patriot, held nothing back in his appreciation of and thankfulness for Israel, but said that since the “fundamental principles of the United States are good and worth upholding,” Jews could continue to live there as one of the places where they can do “the most good.” In the celebratory moment it really did seem that the American and the Israelis together actually compounded the security of the world, and as a loyal American Shapiro was right to praise his country of citizenship. Yet anyone listening to him back in Florida might be forgiven for wondering whether he might not be about to hedge his bets. In Israel, on the most serious questions of the day, the center holds, perhaps better than it has since 1948. Back in America, Jews are more nervous than ever, and they are not the only ones spreading alarm.

Some of the most thoughtful and articulate Americans have trouble holding back their anger. About the universities, Roger Kimball writes:

All the old liberal virtues—disinterested inquiry, due process, colorblind justice, advance according to merit and not by some extraneous racial, ethnic, or sexual quota—all that has been rebranded as the invidious patent of reactionary and therefore impermissible vice. In sum, the educational establishment in its highest reaches is today a cesspool, contaminating the society it had been, at great expense, created to nurture.

For his part, Victor Davis Hanson, scrolling through the actions of the present administration, sees “the rapid destruction of most wisdom as we once knew it.” In short, although the cultural battle is still being waged, some warriors have already begun to speak in the language of defeat.

Jews have been taught that though the task is not ours to finish, neither are we free to desist from it. In this most consequential struggle, our experience is instructive, and we are duty-bound to share with our fellow Americans the secrets of our creative survival. The primary Jewish obligation through the millennia since the granting of the law at Sinai has been to maintain and secure our constitution, the Torah: the “tree of life to those who cling to it.”

American Jews may be an ethnic group, born into a people, but the Jewish way of life can be perpetuated only by a rigorous education that starts in infancy and continues throughout a lifetime; on a larger scale, a similar responsibility for the American way of life devolves upon alarmed Jews and non-Jews alike. To ensure that no one takes for granted their civilizing structure, Jews have ceaselessly conserved, transmitted, and reinforced the teachings of their tradition. How can we lately have allowed some of our own to forget, shunt aside, or repudiate their Jewish legacy? How can we have let our fellow Americans become so careless about conserving theirs?

A second Jewish insight, gained belatedly and at greater cost than any people has ever paid, is never to underestimate the will of those who rise to destroy us. Having reclaimed its national sovereignty after millennia under foreign occupation, the modern Jewish state is acquiring the skills, developing the strategies, and above all, building the stamina needed to protect its citizens in the millennia to come. Sadly, democracies with no incentive to aggress against others become the easiest target for aggressors—including aggressors from within—who claim or seek to destroy what others have built. May the people with the poorest record of self-defense in history inspire the world’s still strongest nation before it is too late.

By all means, my Jewish neighbors who are feeling the full brunt of the general rot in the particular form of attacks against them and the Jewish homeland must warn against the self-destruction that accompanies anti-Jewish behavior. But they and the rest of us must also do everything possible to preserve the exceptionalism that is America. In the fateful parable that continues to sound through the ages, we are both Daniel and, here, part of Babylon. It, too, is our responsibility.