Why There's No Word in the Hebrew Bible for "Spirituality"

For Judaism, the outward life of religious behavior comes first. 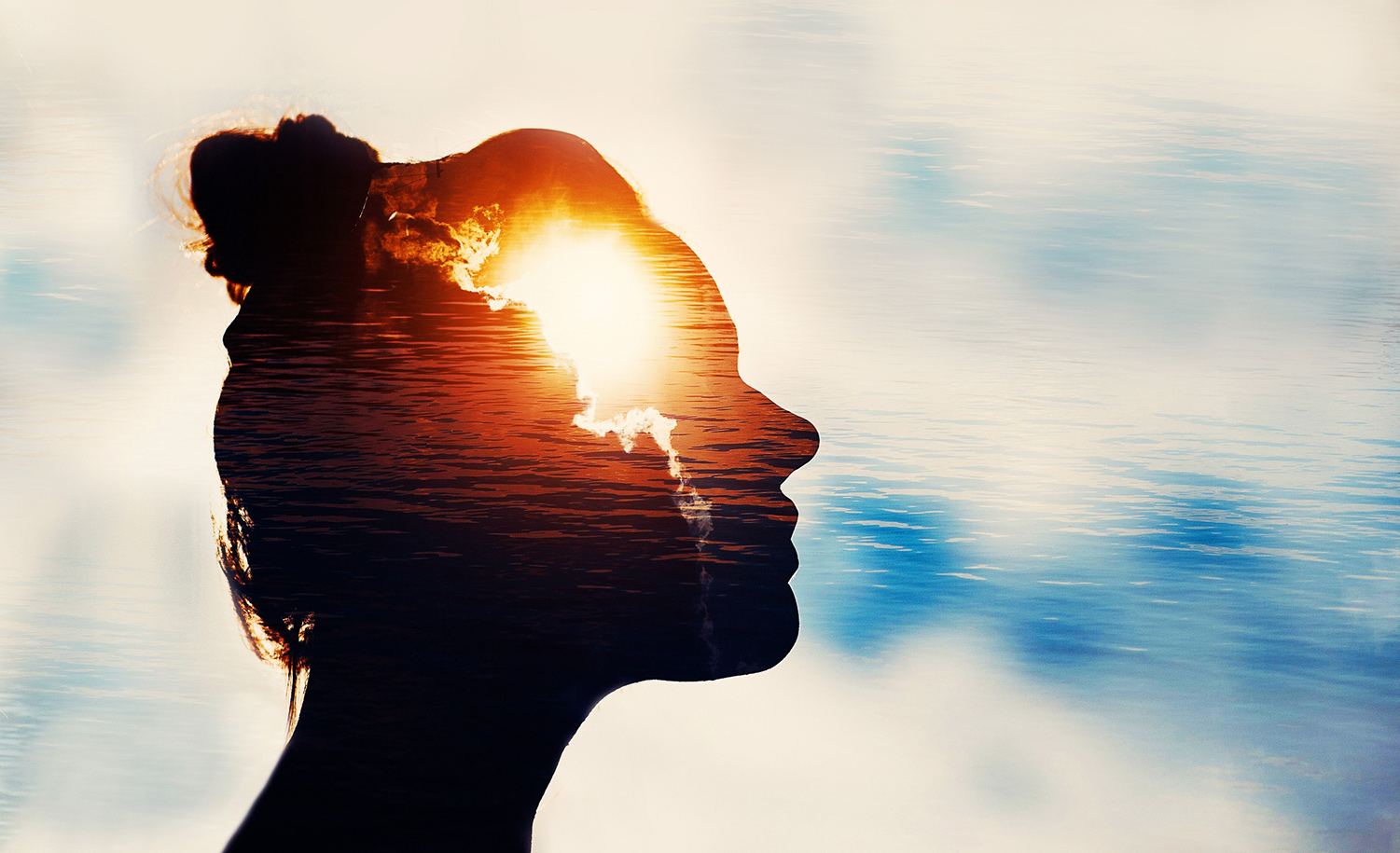 In the past couple of decades, the word “spiritual” and the concept of “spirituality” seem to have become increasingly common. This seems to be a reflection of New Age culture, and I suspect that its idea of the spirit and the spiritual might not be congruent with Jewish tradition.

If memory serves, there was once a line of argument, or perhaps merely a cultural bias, that downplayed the “spiritual” side of Judaism. Of course, in the Hebrew Bible one reads about “the spirit of God,” and there are verses like “Not by My might, nor by power, but by My spirit.” Yet there is nothing like the Christian Bible’s declaration that “God is spirit,” and I gather that the turn against spirituality in Judaism, if there was one, was in part an effort to differentiate Judaism from Christianity.

What, though, about the Talmud? How is the word “spirit” used there? And would the kabbalistic side of Judaism be more in line with today’s “spirituality”? What is the Jewish concept of the spiritual?

These are questions in answer to which one could write a book, of which I would not be the best author. Still, I’ll do the best I can.

“Spiritual” and “spirituality” have indeed become buzzwords in contemporary American culture, in which their main function, as far as I can see, has been to distinguish outward religious behavior, such as belonging to a denominational body and adhering to its precepts and standards of behavior, from an inward sense of the sacred and the wish to express it in a personal way.

This is related to the general decline of organized religion in American life. Once, to be “religious” and to be “spiritual” meant pretty much the same thing to most people. Today, they have come to signify, if not opposites, at least two things that do not easily co-exist. While it is not impossible, in contemporary language, to be both religious and spiritual, being “spiritual” has come to imply that one is more than just conventionally “religious.”

Of course, the tension between the inward and the outward has always been part of religious life, and Mr. Samuelson is quite right to surmise that one difference between Christianity and Judaism is that Christianity has traditionally played up this tension while Judaism has traditionally played it down. Christianity, after all, came into being as a revolt against Judaism and what it took to be Judaism’s obsession with ritual detail and practice as opposed to love of God and one’s fellow man.

When the evangelist John has Jesus say to a Samaritan woman that “God is spirit,” he first tells her, rebuking her for her Samaritan faith, that “salvation is from the Jews”—that is, that the one God is the God of Israel. Yet Jesus then adds, “But the hour is coming, and is now here, when the true worshipers will worship the Father in spirit and truth,” which is his way of saying that, until now, the Jews have not worshiped the God of Israel properly.

John’s word for “spirit” is the Greek pneuma, with which we are familiar in English from such words as pneumatic (“of or relating to air or other gases”) and pneumonia (from pneumon, lung, i.e., the organ of breathing). Its original meaning is “wind” or “air,” which is not only close to the Latin spiritus’ original meaning of breathing, breath, or a breeze but means the same as does the Hebrew word ruaḥ. (To this day, indeed, ruaḥ is the everyday Hebrew word for both “wind” and “spirit.”) To this can be added the German word for spirit Geist, which anciently meant “breath” and is a close cognate of the ghost in Holy Ghost, as well as of the gust in a gust of wind. The same association is to be found in Slavic languages; in Polish, for example, “spirit” is duch and “breath” is dech.

This is not merely a case of inter-lingual influence. The connection between, on the one hand, air, wind, and breath and, on the other hand, a life-giving spirit, suggested itself to ancient humanity everywhere: just as the wind is invisible and can be detected only by its effect on something else, such as a tree or flag, so the spirit is unseen and discernible only by its effect on the body. Furthermore, we live only so long as we breathe, and as soon as our breath leaves us, our spirit does, too.

By the same intuitive logic, Latin animus, soul, is a partner of anima, something breathing or blowing, and its Hebrew counterpart, n’shamah, comes from the verb nasham, to breathe. Moreover, the third of Hebrew’s three words for a vital principle within us, nefesh, is related to the verb nashaf, to exhale. We also find its root in Arabic tanafash and ancient Akkadian napasu, both of which mean to pant.

In the Hebrew Bible, these three words, while not perfectly interchangeable, are often used similarly. Both ruaḥ and n’shamah refer to the life breathed by God into humankind and are conjoined in the same verse when Genesis speaks of nishmat ruaḥ ḥayyim, “the n’shamah of the ruaḥ of life.” Ruaḥ and nefesh frequently designate a person’s mental and emotional state and constitution, or what we might call today his or her “self,” as in verses like “And it came to pass in the morning that he [Pharaoh] was troubled [va-tipa’em ruḥo, literally, “his spirit was excited”], or the Psalmist’s “Thy comforts delight me [nafshi].” N’shamah tends to be a term for human life in general or for any living being, as in “And Joshua smote all the country of the hills . . . and destroyed all that lived [literally, “every n’shamah”].”

But there is no word in the Hebrew Bible corresponding to “spiritual” or “spirituality.” Neither is there one in the Talmud, in which, however, the word n’shamah takes on a meaning like that of our English “soul”—a divine substance or presence that inhabits and animates our body while becoming endowed by us with a character uniquely its own. This is an idea that the Judaism of the first centuries of the Common Era shared with Christianity and various Gnostic and Neoplatonic groups; whether we believe in a soul or not, our contemporary notion of spirituality goes back to it.

And yet whereas Christianity had a term for “spiritual” from its inception—Paul, in his New Testament epistles, uses the Greek word pneumatikos, which the Latin church fathers translated as spiritalis—rabbinic Judaism, precisely because it resisted stressing the inwardly “spiritual” life at the expense of the outward life of God-given commandments and their observance, did not develop its equivalent term of ruḥani until the Middle Ages.

Moreover, ruḥani in medieval Judaism did not mean the same thing as “spiritual” did in Christianity or does today. Both medieval Jewish philosophy and Kabbalah divided the human psyche into three parts: the nefesh, which was responsible for biological functions; the ruaḥ, which was in charge of intellectual ones; and the n’shamah, which was what nowadays would be thought of as a person’s “spiritual” side. In modern Hebrew, too, ruḥani is often better translated as “intellectual” than “spiritual.”

In East European Hasidism, it is true, rukhniyus (the Ashkenazi pronunciation of ruḥaniyut, in which the Hebrew suffix –ut is parallel to the “-ity” of “spirituality”), as opposed to gashmiyus or “materialism,” was sometimes used as “spirituality” is in English today. But there are other, more common terms in Ḥasidism for a state of religious inwardness and closeness to God, and none of these ever posited a dichotomy between the latter and the outward practice of Jewish ritual, prayer, and custom. On the contrary: outward practice was a precondition for inward “spirituality.”

In the formulation of the founder of Ḥabad Ḥasidism, Shneur Zalman of Liadi, in his Tanya:

And although God is called Eyn-Sof [the Infinite] and there is no way of knowing His greatness or comprehending it with the mind, . . . [nevertheless] He concentrated His will and wisdom in the 613 commandments of the Torah and their laws . . . so that the n’shamah, ruaḥ, and nefesh in the human body can attain a knowledge of them [i.e., of “His will and wisdom”] and make them manifest, as far as possible, in deed, speech, and thought.

That’s as good a description of “the Jewish concept of the spiritual” as I can think of. And Mr. Samuelson is right once again: it’s not quite congruent with New Age culture.

Why There's No Word in the Hebrew Bible for "Spirituality"