By and for Orthodox women, Mikva, which has affinities with The Vagina Monologues, opens up a once-secretive ritual while staying firmly in line with tradition. 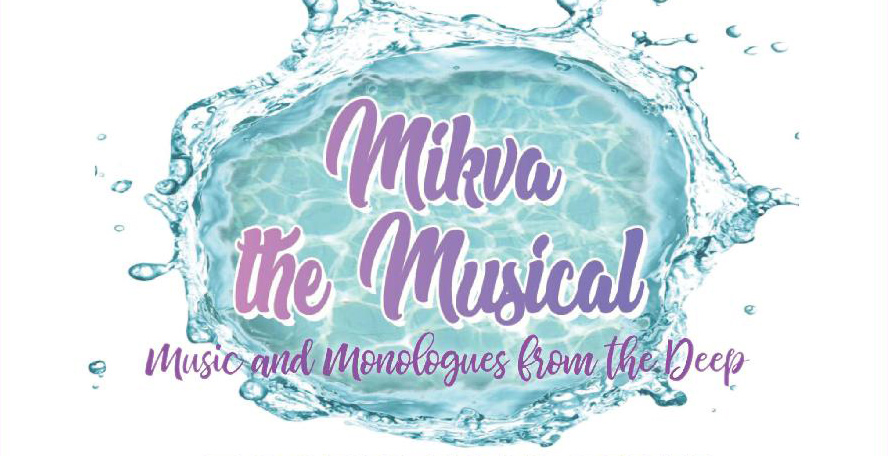 On a June evening in the suburban Orthodox mecca of Teaneck, NJ, a long line of women snaked outside a small independent theater that rarely sees much of a crowd. They were waiting to see Mikva the Musical, which came to the U.S. for a weeklong, women-only run following a successful stint in Israel.

Of course, the terms “mikveh” and “musical” don’t normally go together. A mikveh is a ritual bath, in which, among its other functions, married observant Jewish women immerse themselves each month after completing their menstrual cycles. It’s not something one associates with showtunes and zippy dance numbers: precisely the surprising juxtaposition that gives the play much of its humor and charm.

In this four-woman production, the actresses take turns telling or acting out a wide range of true stories, some collected by the show’s creators and some drawn from a 1996 anthology, Total Immersion. Interspersed with these alternately serious and lighthearted tales are familiar show tunes or classic rock songs revamped with mikveh-related lyrics. In one monologue, the narrator describes the experience of visiting the mikveh when struggling with infertility. Another actress recounts a hilarious “walk of shame” involved when visiting the mikveh on a Friday night, convinced that every synagogue-goer she passes suspects her destination.

And one actress, Michelle Thaler, who performs in her wheelchair, tells her own stories. When giving birth to her fifth child, Thaler was paralyzed from the waist down after a botched epidural. Her discovery of a wheelchair-accessible mikveh in southern Jerusalem became a touchstone for her own process of healing.

Thaler’s set of monologues demonstrates that the real topic on display here is often not the mikveh. In one segment, a new convert to Judaism vividly turns immersion in the mikveh into a metaphor for her own rebirth as a member of the Jewish people. Another shares memories of Rachel Weitz, a mikveh attendant, or balanit, of extraordinary piety who was murdered in a 2003 Jerusalem bus bombing. These vignettes, in short, use mikveh-attendance as a touchstone for the struggles and triumphs in women’s lives: complicated marriages, breast-cancer diagnoses, but also moments of personal and spiritual transcendence.

Turning mikveh observance into musical theater was the brainchild of two American-Israeli women: Myra Gutterman and Toby Klein Greenwald. Inspired by Eve Ensler’s 1996 The Vagina Monologues—in which a series of soliloquies recounts women’s experiences with puberty, sex, body image, and the like—they began writing The Mikveh Monologues thirteen years ago. The more recent musical version is a production of Raise Your Spirits theater company, founded in the wake of the second intifada by female residents of Gush Etzion in the Judean hills outside Jerusalem.

Since strictly Orthodox women are forbidden to sing before mixed audiences, companies like Raise Your Spirits provide an outlet for otherwise unexercised gifts. The biblically themed musicals normally staged by the company in Israel are often elaborate productions that showcase community talent in theater, writing, costume, set design, and the like. In doing so, they join other outlets like the elaborate musical shows staged in ḥaredi girls’ schools. Such homegrown productions within religiously sanctioned environments not only provide a channel for women’s artistic impulses but can also speak to their unique audiences and communities in a particularly compelling fashion.

Unlike Ensler’s play, Mikva the Musical doesn’t exactly shatter taboos. It’s neither raunchy nor provocative. At times it flirts with the line between seriousness and parody. The women driving the narrative don’t seek to challenge the patriarchy; rather, they mostly appreciate the meaning that mikveh observance adds to their lives. And yet, besides the superficial affinities with The Vagina Monologues, this show does share with it the impulse to air publicly (in this case, semi-publicly) things that are rarely talked about at all, and or talked about only in hushed tones. Usually the monthly immersion is kept secret, with some women going to great lengths to keep their visits hidden from family and neighbors. Since immersion is a precondition for sexual intimacy, it is wrapped up with things even more private.

Say what you will, Mikva the Musical is good entertainment—good enough to outweigh its flaws. Thus, my fellow audience members and I weren’t sure what to make of the opening number, a sendup of “Tonight” from West Side Story. Was it meant to be hysterical? Or was there just something about the context—four Jewish women in white tunics (and later on in Missoni bathrobes) bellowing about the mikveh in a cramped theater—that had us wiping away tears of laughter? As for the monologues themselves, many were quite moving, and even the song-and-dance interludes, though incongruous, succeeded in making the evening feel like a cohesive artistic endeavor rather than just a series of confessions. The idea of a play set in a mikveh where the actors address the audience, thus breaking the “fourth wall,” neatly parallels the access given the audience to a space normally walled off.

Moreover, while mikveh-as-musical theater is certainly something new, it seems to reflect a broader trend in Israeli and American Modern Orthodox communities where the mikveh has been transformed from a site of technical ritual purification into a jumping-off point for discussion of women’s health and wellness. In 2000 the Nishmat Center for Advanced Judaic Studies in Israel founded the yo’atsot halakhah program, which trains Jewish women to offer halakhic guidance related to mikveh attendance and Jewish family law more broadly. Thanks to Nishmat, some women now became equipped to answer questions that were normally referred to rabbis or perhaps rabbis’ wives, though especially complicated queries are still forwarded to (male) rabbinic authorities.

As such advisers have grown in number and created program and study opportunities for the communities they serve, mikveh-related matters in general have also gained increasing prominence as a result. In 2010, the Eden Center was founded in Jerusalem to provide training for mikveh attendants and promote mikveh design with a therapeutic eye, with the goal of “empowering women and enabling meaningful religious, spiritual, and personal experiences.”

What makes these organizations different from some of their progressive analogues, like the Mayim Hayyim mikveh in Boston, is that they work within the confines of Jewish law and aim ultimately not to revolutionize but to affirm the mikveh’s traditional role. What is new is that this once-secretive ritual is now increasingly on the tip of everyone’s tongue.

Yet this seemingly outsized focus on the mikveh is also, to a certain extent, in line with Jewish tradition. A Jewish community is technically obligated to build a mikveh before it builds a synagogue. If a mikveh’s construction requires a community to sell its only Torah scroll or even the synagogue itself, then it is obligated to do so. Modern mikveh facilities, particularly in the U.S., are often beautiful, with marble flooring and other amenities, and staffed by caring and devoted balaniyot. Hidden from public view, they are some of American Orthodox Judaism’s most remarkable monuments to its faith. All of this says something about the degree to which Jewish tradition values marital intimacy and respects the women who are committed to preserving the rituals surrounding it.

Earlier on, I mentioned parenthetically that mikvehs are used not only by women. For both sexes, conversion to Judaism requires ritual immersion. In addition, newly purchased dishes and utensils must be immersed before using; most mikvehs provide a separate pool of shallower water for this purpose. Many men have the custom of visiting the mikveh before Rosh Hashanah or Yom Kippur, and ḥasidic men try to go before each Sabbath or even every day.

These laws and customs serve as a reminder that immersion was a prerequisite—incumbent upon men and women alike—for entering the Holy Temple in Jerusalem. Kabbalistic texts liken the waters of the mikveh to the “deep” of Genesis 1:2. On some level, in nearly every context, a dip in the mikveh represents the possibility of renewed relationship: whether with God, with one’s spouse, or with both. Beyond the halakhic details, a trip to the mikveh is thus laden with symbolic resonance, pointing to the future by enabling procreation and simultaneously evoking the Jewish past—not only the times of the Temple but further back to the primordial waters of creation.

Perhaps this commandment is indeed, on some level, something to sing and dance about. As a married Orthodox woman in her childbearing years, I am the grateful beneficiary of the new communal focus on the mikveh. At times, however, I wonder if some of our mikveh mania is a bit much.

This year alone, I was invited to at least six mikveh-related events in my hometown of Teaneck. While I enjoyed them very much, I wouldn’t mind if some of the momentum could be channeled elsewhere: to discussions of ideas, or to an appreciation for other aspects of the Jewish heritage. Besides, how important is much of this to a broad swath of observant women—be they single, post-menopausal, divorced, or widowed—for whom mikveh attendance is simply not a central feature of their lives?

Understandably, to contemporary sensibilities, the traditionally private nature of the mikveh ritual can feel constraining. Yet in a world where every intimate matter is already subject to public examination, the idea that certain things must remain between wives and their husbands, or between women and their mikveh attendants, retains a certain, more precious than ever, allure.