The Tomb has become a shrine for thousands of pilgrims, just as Rachel herself has become the religion’s ultimate matriarch. Why? 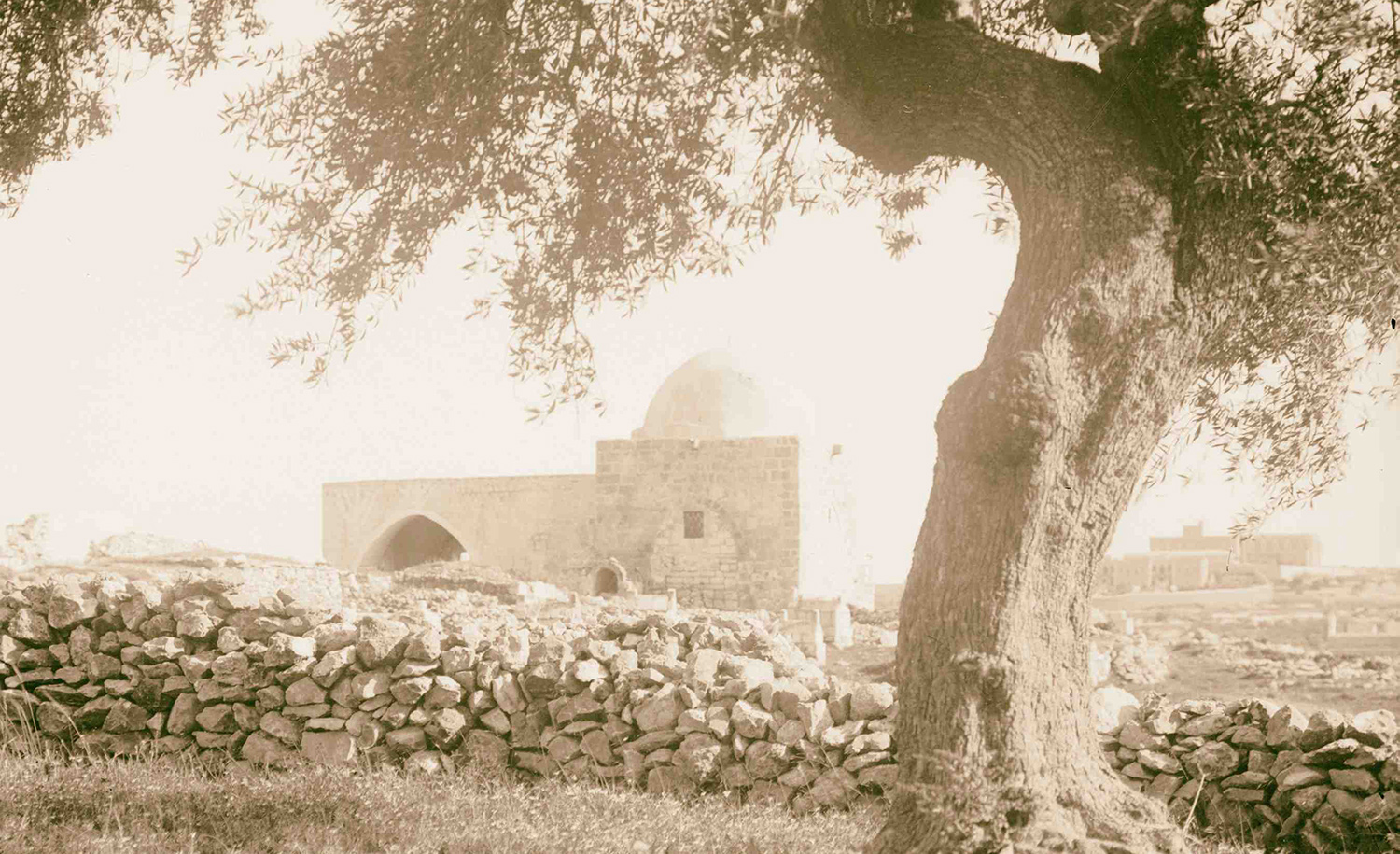 In 1995, when the Oslo process was in full swing, then-Prime Minister Yitzḥak Rabin was planning to hand over several West Bank cities to the Palestinian Authority. Among them was Bethlehem, where the site venerated by Jews as the tomb of the biblical matriarch Rachel is located.

Disturbed at the thought that Israel would relinquish the tomb, Rabbi Ḥanan ben Porat, an influential settlement activist, met with Rabin to convince him to leave it under Israeli control. On the way to this meeting, Porat was unexpectedly joined by Rabbi Menachem Porush, a Knesset member for the ultra-Orthodox, and formally non-Zionist, United Torah Judaism party.

At the meeting itself, Porat put forth a series of arguments, most of them security-related, to persuade Rabin that handing over Rachel’s Tomb would be a mistake. But Porush, to Rabin’s surprise, began to weep and grabbed the prime minister’s hands: “Yitzḥak, it’s Mama Rachel, Mama Rachel!” In Porat’s telling, Rabin was so moved that he changed the agreement so that the site would remain under full Israeli control—a decision in which the Palestinians concurred.

The biblical account of Rachel’s death can be found in this week’s Torah reading of Vayishlaḥ (Genesis 32:4–36:43), which begins with Jacob’s tense reunion with his brother Esau. After years of enmity, the two embrace and weep and then go their separate ways. Shortly afterward, Jacob’s beloved wife Rachel dies while giving birth to her second son, Benjamin. She is not buried in the family tomb in the Makhpelah Cave, where Jacob will be buried alongside his other wife—Rachel’s sister Leah—and where Abraham, Isaac, Sarah, and Rebecca were already interred. Instead, Jacob buried her “on the road to Ephrath, now Bethlehem. Over her grave Jacob set up a pillar; it is the pillar at Rachel’s grave to this day.”

The prophet Jeremiah, and his rabbinic interpreters, add important layers to this episode, seeing Rachel’s resting place as putting her in a unique position to watch over her children, the Jewish people:

A cry is heard in Ramah,
Wailing, bitter weeping:
Rachel weeping for her children.
She refuses to be comforted
For her children, who are gone.

The midrash (Genesis Rabbah 82:10) explains that Rachel’s resting place “by the road” was chosen specifically to enable her to beg for mercy for the Jewish people as they pass by on their way toward exile at the hands of the Babylonians. And if Rachel is positioned to weep over her children in their times of distress, she is also present to herald their eventual return. Jeremiah’s prophecy continues:

Thus said the Lord:
Restrain your voice from weeping,
Your eyes from shedding tears;
For there is a reward for your labor; . . .
They shall return from the enemy’s land.
And there is hope for your future; . . .
Your children shall return to their country. (Jeremiah 31:15-17)

In later Jewish sources, Rachel is an iconic figure with a unique status even among her fellow matriarchs. Many midrashic and kabbalistic texts emphasize her special role as an intercessor with God on behalf of the Jewish people. Her grave, mentioned as a “contemporary” shrine in the text of the Torah itself, also became a place of devotion. There is some disagreement about its precise location, yet for nearly 2,000 years the current site has been a destination for Jewish and Christian, and later Muslim, pilgrims.

The ability to gain access to Rachel’s Tomb was a cause for jubilation following the Six-Day War. In the wake of Israel’s victory, the singer Arik Lavie recorded the now classic song Shuv Lo Neylekh, “We will not go back,” celebrating the return of the Jewish people to some of their holiest sites, among them Rachel’s Tomb. The song includes the moving refrain, “See, Rachel, see, they have returned to their borders.” Thus Rachel took on a new life—but one deeply embedded in tradition—as an Israeli folk heroine.

In recent years, her popularity has continued to grow. During the 2008 Gaza war, soldiers reported a mysterious Arab woman who warned them against entering certain booby-trapped houses. They claimed that she then revealed herself to be Rachel the Matriarch, once again watching over her children. Only several weeks ago, on the eleventh day of the Hebrew month of Ḥeshvan, the traditional anniversary of Rachel’s death, thousands of Israelis flocked to her tomb to pray and pay their respects. My own children came home from their Israeli schools that day with coloring pages and clay sculptures they had made depicting the shrine.

In considering the remarkable place occupied by Rachel’s Tomb in both the physical and spiritual geography of Jewish tradition, one question emerges from the account of her in Genesis: why? We know from the text that Jacob loves the beautiful Rachel, that her father Laban deceives Jacob by giving him her sister Leah as a wife in her place, forcing him to work for another seven years so that he can marry Rachel. Rachel struggles to conceive while Leah, seemingly without effort, bears child after child, leading Rachel to envy her sister terribly, telling Jacob “Give me children, or I shall die.”

But Leah, in turn, also envies Rachel’s status as the favored wife, giving names to her first three sons that evoke her (unrequited) hope that perhaps, finally, Jacob will love her as much as he does her sister. When Jacob at last leaves his father-in-law’s house along with his wives and children, Rachel sneaks out with her some of her father’s household idols, potentially endangering her entire family as a result and, at least in the standard rabbinic reading, also incurring a curse uttered by her own husband.

Considered together, these episodes give us a vivid impression of a beautiful woman who struggles with her own fate, does not always choose the most pious path, and may have been grievously punished as a result. Even as the ultimate mother, Rachel seems to fall short.

Leah, after all, has seven children to Rachel’s two, plus the opportunity to see them all grow to adulthood. And we do not know much about how Rachel treats Joseph, the only son she is able to raise. Perhaps, then, Sarah or Rebecca would be a more obvious choice for the ultimate matriarch, from whom all of the children of Israel descend rather than only the tribes of Ephraim, Menasseh, and Benjamin, most of whose members were exiled prior to the destruction of the First Temple, lost to the ranks of the Jewish people until, as tradition holds, they will be restored in the messianic era.

Yet Rachel’s behavior vis-à-vis her sister Leah bears closer examination. Commenting on Laban’s substitution of Leah for Rachel, a midrash explains that in order for this deception to have succeeded, Rachel must have participated by giving Leah a password that she and Jacob had previously decided upon. Leah’s marriage to Jacob thus results, in this reading, from Rachel’s willing and selfless volition.

Later on in the text of Genesis itself, we find a parallel episode in which Leah’s oldest son Reuben gathers some mandrakes—apparently understood to be a fertility charm—in the field for his mother, and Rachel requests that he share some with her. Leah responds with indignation: “Was it not enough for you to take away my husband, that you would also take my son’s mandrakes?” At this moment, Rachel might have reacted defensively, but she does the opposite. Recognizing Leah’s pain, she once again gives her the opportunity to be with Jacob: “I promise, he [Jacob] shall lie with you tonight, in return for your son’s mandrakes.”

We may not know very much about Rachel as a mother, aside from the fact that she desperately wanted to be one. But we do know more about her as a sister. Placed in a situation where rivalry naturally should have naturally festered and grown, Rachel succeeds, at key junctures, in transcending it. These episodes are moving precisely because Rachel is not a conventional heroine, and certainly not a saint. But by sensing the pain she herself is in, the reader can better appreciate her acts of magnanimity toward her sister and rival.

Perhaps it is no coincidence, then, that Jacob buries Rachel, and in a way that recognizes her unique significance, shortly after his reunion with his brother Esau. The brothers are themselves an example of siblings who manage to overcome a rift—one likewise caused by deception and by one sibling’s seeming to take what belonged to the other by right. But in the case of Jacob and Esau, much of the damage is irreversible, and Esau is excluded from the covenantal line. The episode ends with the two departing in different directions, with some of the initial tension still present.

Rachel and Leah, by contrast, are able to preempt a fallout of this nature—suggesting that it is possible, however difficult, for two siblings to share a single destiny. In Genesis, a book preoccupied with sibling rivalries, their success stands out, and thus makes it possible for the twelve tribes of Israel, descended from twelve brothers, to become first a single family and eventually a single nation.

Moreover, even Rachel’s precise burial location, removed from the Cave of the Patriarchs and Matriarchs where Jacob and Leah will ultimately be buried together, itself constitutes a final act of kindness toward Leah. Whether it is Jacob’s decision or, as with the wedding night, silently orchestrated by Rachel, the fact that Rachel is buried elsewhere allows Leah the role she sought so desperately during her own life, a position next to Jacob as his beloved.

Which brings us back to Rachel’s Tomb and the edifice of faith and devotion that has been built upon it over the centuries. While the prophet Jeremiah describes Rachel as the ever-present mother weeping over her children, Genesis, read carefully, shows us that the tears shed for her children, whom she so desperately wanted to have, did not blur her eyes entirely to the hopes and dreams of her own sister.

In ceding some of Jacob to Leah, both in life and in death, Rachel models the potential to look past one’s own sorrow and, where the ego might otherwise dwell, create space for the complex web of relationships among siblings, spouses, parents, and children to flourish and grow into God’s chosen nation.