Reading and interpreting the Bible from within the fishbowl of our own cultural assumptions, we fail to understand it on its own terms. 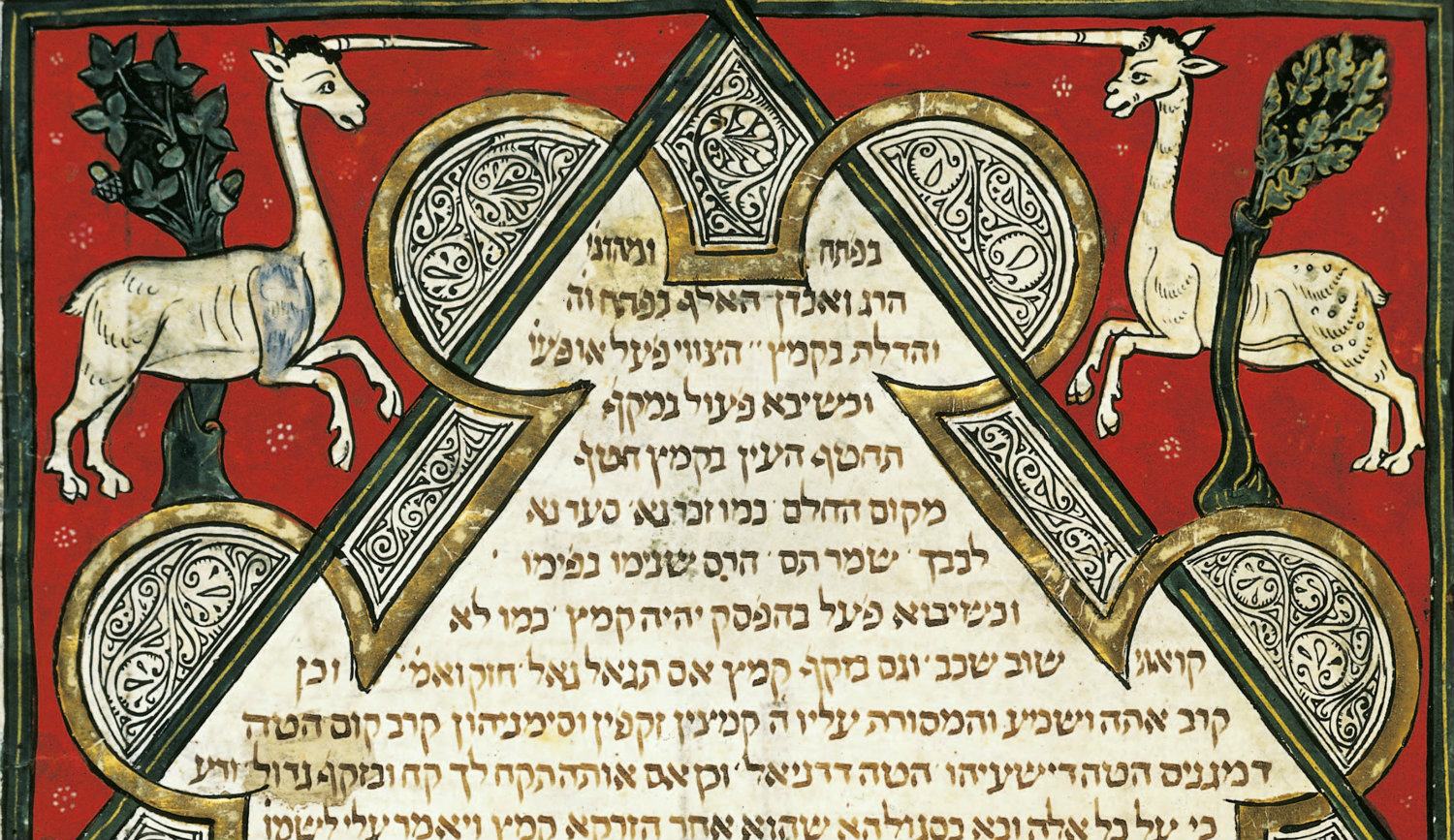 Figures of mythical monsters on a 1299 manuscript of the Hebrew Bible by Joseph Assarfati of Cervera, Spain. DeAgostini/Getty Images.

Response
Joshua Berman
About the author


Joshua Berman is professor of Bible at Bar-Ilan University and the author most recently of Ani Maamin: Biblical Criticism, Historical Truth, and the Thirteen Principles of Faith (Maggid).

In “Is the Torah a Work of Philosophy?,” Jon Levenson reminds us of the wide but often invisible chasm that separates modern readers from the world of the biblical text. Conceptual categories that we take as self-evident and useful in describing and interpreting what we find in the Bible turn out to be fraught with anachronism. Unwittingly, we interpret the Bible from within the fishbowl of our own modern cultural assumptions, and thereby fail to understand Scripture on its own terms.

Consider this seemingly self-evident proposition: “The Bible portrays the religion of Israel through law, narrative, beliefs, and history.” In fact, a person living in ancient Israel would have found this proposition unintelligible. Biblical Hebrew knows no word for religion or, for that matter, for law, narrative, beliefs, or history. Each of these terms is a thoroughly modern construct. We think of law, for example, as statutes carefully worded in a codified text. But as I have demonstrated previously in Mosaic, this is a way of thinking about law that largely takes hold only in the late 19th century—and that skews our perception of the Jewish legal tradition as found in the Bible and in rabbinic writings. The obverse is true as well; sometimes, as Levenson points out, biblical concepts themselves, such as k’dushah (“holiness”), prove difficult to translate into modern categories.

The challenge is to bridge the conceptual chasm between our world and the world of the Bible while respecting the integrity of that world, often so far removed from our own. Few in our generation have proved such able architects of that bridge as has Jon Levenson over a lifetime of writings. In his Mosaic essay, which is principally devoted to examining a recent book by Kenneth Seeskin, Thinking about the Torah, Levenson zeroes in on the term philosophy and the missteps we are likely to make when assessing the biblical tradition through that particular interpretive lens. Here I would like to flesh out some of the points he raises in the process.

We moderns crave systematic thought and writing, which are the hallmarks of the genre of philosophy. We appreciate the thoroughness and precision of this mode of thinking, its penchant for building an argument step by step, the way in which it anticipates and addresses objections to that argument. When we seek out these qualities in biblical and talmudic texts, we are stymied. Even as they clearly engage many of the same questions raised in philosophical literature, they do so sparsely and often, it seems, cryptically. As Levenson rightly notes, our frustrated craving can lead us to characterize biblical writings as a set of pre-philosophical and thus primitive stand-ins for a more fully developed argument or set of arguments.

What accounts for the ostensible failure of the Bible, or for that matter the Talmud and midrash, to approach issues in a fuller, more thorough, more precise, and to us more satisfying articulation of its ideas?

The answer, I believe, begins with understanding the faulty premise of the question: namely, that there is something exceptional here about Judaism, or about biblical religion. The fact of the matter, however, is that ancient Egyptians and ancient Mesopotamians also created extensive literary works plumbing man’s relationship with the gods, with his fellow man, and with many of the issues raised by philosophy; but none of these cultures produced systematic writing about their thought systems.

The Greeks, of course, did produce such writing, out of the belief that one can clarify ideas merely by talking and writing about them. The Bible, the Talmud, and indeed all of the thought systems of the ancient Near East disputed that notion. To understand why, I’d like to expand on a point that Levenson raises: namely, that Jews are not an association formed on the basis of a shared set of ideas but are rather “a natural family.”

The success of family life is indeed predicated on many ideas and attitudes—noble ideas and attitudes, but ideas and attitudes that go unexpressed in systematic fashion. For husband and wife, love, loyalty, sharing, compromise, partnership, empathy, sacrifice, and more are communicated, nurtured, and clarified not through abstract articulation but through lived experience, in complex and changing ways and in tandem with all of the other aspects of a married life. Without even knowing which is more important, or how to define any of them precisely, a couple learns intuitively what is required of them and to what they aspire.

It is the same with religious ideals and precepts. The Bible nowhere expresses in succinct form what a person must believe. Nor is such a succinct, precisely formulated creed found in talmudic literature. Rather, the Bible expects that its core ideas and ideals will be best communicated, nurtured, and clarified through a life lived fully and within the context of a committed community and polity. When the Bible does communicate its ideas in writing, it is always with only partial expression, very much framed for the needs of the moment and the given situation.

This is what, for example, Levenson heralds as the “dynamism” of the Bible’s theology of creation. Some may see a contradiction between the portrayal of creation in Genesis 1 and that in Isaiah 27, which speaks of a primordial victory over monstrous beasts. The larger message is about the nature of God and His shepherding of human affairs, conveyed through separate and apparently incompatible statements about creation tailored in each case to the spiritual needs of an audience and its time.

To repeat: what was true for Jews in the biblical and talmudic periods was true for inhabitants of the ancient Near East generally. Their thought systems were part of the warp and woof of daily existence, lived and modeled by family members, neighbors, and fellow citizens. By contrast, it was the Greeks in their city-states who would construct abstract, universally valid thought systems independent of a web of lived experience and relationships and bring those thought systems to a high level of sophistication.

As Levenson notes, a handful of notable Jewish figures have attempted over the ages to incorporate into Judaism this Greek approach to the expression and clarification of ideas. By and large, though, the Jewish approach has been different—not because Jewish thinkers and commentators have valued action over thought, or because they have been too “primitive” to engage in the philosophical enterprise. Rather, they have implicitly understood the essence of the biblical truth: that ideas, and ideals, achieve their highest and most clarified expression within the context of family and community and the myriad actions of the committed life.

The Chasm That Separates Modern Readers from the World of the Biblical Text
1. Essay

Is the Torah a Work of Philosophy?
3. Response

Does the Bible Contradict Itself? Very Well Then, It Contradicts Itself
4. Response

The Difference between a Biblical Scholar and a Philosopher
5. Last Word

The Inescapable Personhood of God
6. Response

"Is the Torah a Work of Philosophy?" An Exchange