Swearing in Time and Place

In Hebrew, Arabic, English, German, or any other language, taboo words are curious things. 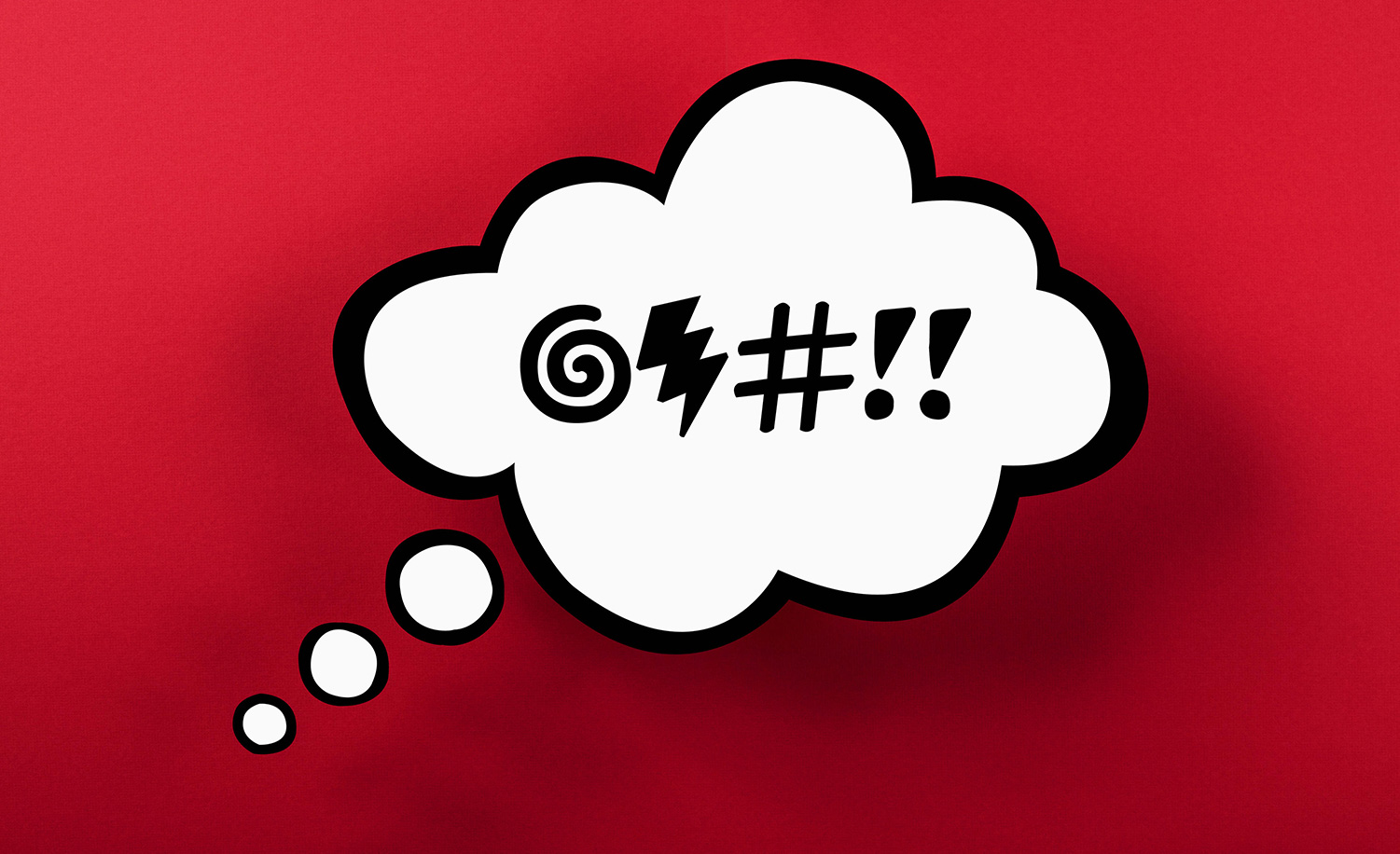 “Yiḥrib beytak!” the Palestinian Authority’s president Mahmoud Abbas said to President Trump in a speech given in Ramallah on January 14, words that were correctly translated by the media as “May your house be destroyed!” President Abbas was not necessarily thinking of the White House. The common Arabic expression used by him might be less literally but more idiomatically rendered in English as “Go to hell!” or “Goddamn you!”

Swear words are curious things. Some, particularly those referring to the lower parts of the human body and their functions, are all but universal. Others, like yiḥrib beytak, are limited to one or a few languages. Although anyone knowing Hebrew would recognize yiḥrib beytak in its cognate form of yeḥerav beitkha, the latter is not a phrase that is used to swear with in Hebrew, and would indeed have to be understood, if applied to an American president, as referring to his Pennsylvania Avenue residence. By the same token, translated literally into Arabic or any other language, the Hebrew curse yimaḥ shimkha, “May your name be erased,” would be assumed to allude to one’s removal from some list or document rather than to mean (as it does) exactly what yiḥrib beytak means in Arabic.

These two expressions go back a long way. One’s shem or name in biblical Hebrew was one’s only hope for immortality—all all that was left of one, in the form of the reputation it called to mind and the descendants who bore it, after one’s death; its forgetting or “erasure,” in the language of Psalms 109:13, implied one’s complete extinction, and the idiom born of this verse has retained its power in Hebrew to this day. Similarly, the nomadic tent, the desert Bedouin’s beyt ash-sha’ar or “house of wool,” was the only home most Arabs had in ancient times; to be deprived of it was to be homeless wherever one went. Calling for the erasure of a shem or the destruction of a beyt was consigning a person to perdition no less than was damning him or her to hell in an age of the Christian belief in an afterlife.

Curses are not the same as vulgarities or obscenities, though many curses may also be vulgar. Saying of someone yiḥrib beyto, “May his house be destroyed,” among Arabic speakers, or yimaḥ shmo, “May his name be erased,” among Hebrew speakers, is strong language, but it is not and never was socially unacceptable. In this respect, such expressions differ from “Go to hell” or “Goddamn you,” which—at least until the 20th century—were considered unfit for the ears of women and children, and even of straighter-laced men.

This is the reason that President Abbas can publicly say yiḥrib beytak to President Trump while President Trump—well, perhaps every American president prior to President Trump—would never publicly say “Go to hell” or “Goddamn you” to President Abbas. Although the once-strong social taboo on expressions with “hell” or “damn” in them has greatly weakened, it hasn’t disappeared entirely. Not a few Americans still make use of euphemistic replacements like “heck” and “darn,” among which they have many to choose. Although other languages have these, too (as, for example, the now archaic French expletive sacre bleu, “holy blue,” in place of sacre Dieu, “holy God”), none that I know of has made systematic use of them as has American English.

And yet why, if yiḥrib beytak and “Go to hell” or “Goddamn you” mean pretty much the same thing, has one been regarded as vulgar and the other not? An instinctive response to this question might be that beyt was never a taboo word in Arabic and “hell” and “damn” were such words in English. But this would be begging the question. Why were they taboo words in English and not in most other European languages, with the exception of several that are closely related to English, such as Swedish, Dutch, and German? Is it because insulting or angry expressions like “go to hell” (e.g., German Fahr zu Hölle) or “Goddamn” (e.g., Dutch godverdomme) have made them such? Or, conversely, were such expressions so insulting or angry because the words used in them were already taboo?

It’s hard to say. Taboo words, as scholars of the subject have pointed out, have tended to concentrate around the four areas of religion, disease, sex, and bodily excretions, all of which inspire strong emotions and fears, and “hell” and “damn” belong to the first of these. Yet some taboo words have nothing to do with any of the four.

Take the case of British “bloody,” an adjectival intensifier that never entered American English at all. Indications are that it originated in the late 17th or early 18th century, possibly from “blood” in its sense of a rowdy aristocrat, so that saying that someone was “bloody drunk” meant he was as drunk as a blood. For at least a half-century, “bloody” was not considered a particularly objectionable word; then, for unclear reasons, it began to be one around 1750, and its obscene status grew greater over time—so much so that by the late 19th century it rarely appeared in print as anything but “b—y” and was, according to the Oxford English Dictionary, a word thought “horrid by the respectable classes.” Then, having peaked in the Victorian age, its shock value gradually diminished until it has become today no worse than a vigorous “damn.”

There are fashions in taboo words as in everything else. In our own times, with their permissive sexual codes and with the decline of traditional religion, many taboo words have become acceptable in ways once unimaginable. Words like “f—k” and “s—t,” though resisted in some quarters (as is attested by their spellings in publications like this one), are now routinely used in mixed company and by women when among themselves, let alone in books and films. It may be that one day “f—k you” will seem no more vulgar than yiḥrib beytak, of which it, too, is not a bad translation.

This has led some linguistic observers to conclude that we are about to enter a period in which there will be no taboo words at all. That is unlikely. New taboo words are constantly coming into being as old ones are being phased out, and there is little chance of the genre’s being depleted. In part this is because the desire to shock and show one’s disregard for social norms, and to bond with others who share that disregard, will always be with us; in part because, as permissive as our society has become in some respects, it has become extremely puritanical in others.

We may in fact be known to future historians as the Age of Puritanical Permissiveness. One has only to think of all the once sayable things that have been made unsayable by the canons of political correctness to appreciate how many speech taboos contemporary culture has created. It’s only a matter of time before one or more of these turn into the “bloody” of our times.

Swearing in Time and Place