How Cappuccino Got Its Name, and What It Has To Do with the Coat Worn by Ultra-Orthodox Jews

One word got turned upside down and downside up again. 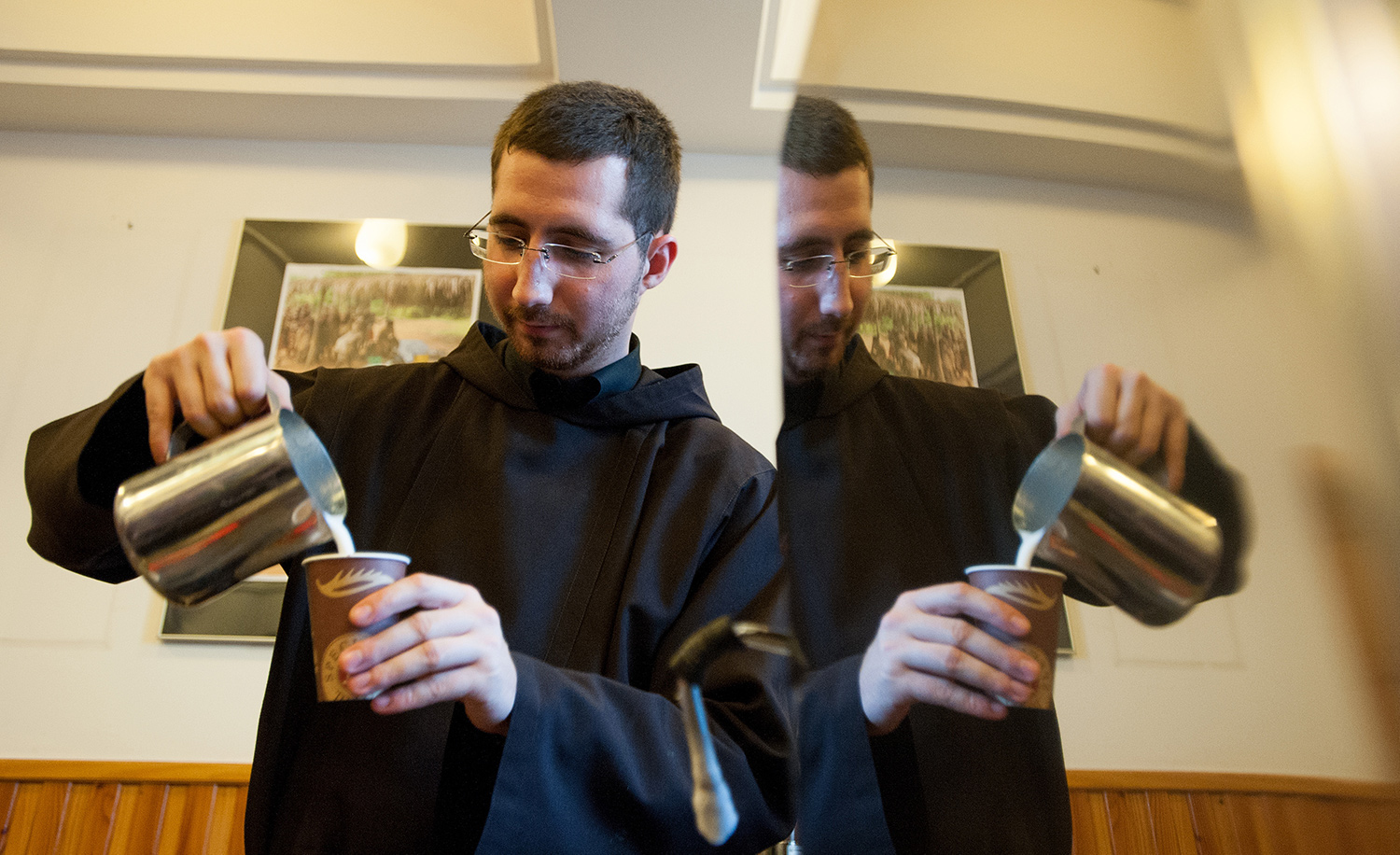 Some fifteen years ago, when this column was appearing in the weekly Forward, I devoted one installment to answering an inquiry about the origins of the word “kaput,” as in a sentence like “His business went kaput.” The word came, I told the inquirer (who incorrectly thought its source was Yiddish), from a French card game called piquet, in which a player who won all of the tricks in a hand was said to “make capot,” while one who lost them all was said to “be capot.” Capot has been traced, I wrote, to the Provençal expression cap virar, to be turned on one’s head or overturned, which was akin to the archaic Spanish capuzar, from which our English “capsize” is said to derive.

Now, Madeleine Isenberg writes that she has read my earlier column, and adds:

Noting that the origin of kaput is in French capot, and learning that the feminine form of this word, capote, once meant a cloak with a head covering, I wonder whether it might be connected to Yiddish kapoteh.

In short, we’re back to kaput and Yiddish again—but this time the connection, Ms. Isenberg will be happy to hear, is real. It’s just that there are quite a few other connections as well.

Kapote, as it generally is transliterated, comes from Polish kapota, which means a cloak. In Yiddish, the word denotes a long, generally dark or black garment that is something of a cross between a coat and a jacket, since it looks like the former but is frequently worn indoors like the latter. Once a standard item of Jewish garb in Poland and Eastern Europe, the kapote is today a sartorial badge of ultra-Orthodoxy.

In English, the word is commonly translated as “gabardine,” which my Random House dictionary defines as “a long, loose coat or frock for men, worn in the Middle Ages, especially by Jews.” In his Merchant of Venice, Shakespeare has Shylock say angrily to Antonio, “You call me misbeliever, cut-throat dog,/ And spit upon my Jewish gabardine.”

Polish kapota indeed derives—confirming Ms. Isenberg’s suspicions—from medieval French capote, which in turn comes from late Latin cappa, a hooded cape. In modern French, a capote is the hood only of an automobile, although it can also designate a woman’s bonnet. (And a bonnet, of course, is what one calls an automobile hood in England.) Yet, hundreds of years ago, a capote was the same as a cappa. The words go back to Latin caput, head, as do English “cap” and “cape.” (Similarly, English “hood” and “hat” are closely related to English “head.”) One might say, indeed, that just as a cap is a cappa without its cape, so a cape is a cappa without its cap. Capes and caps embark on a separate existence when a hood and its cloak are parted.

In the history of costume, one can most clearly see this process taking place in the French chaperon, which was the height of fashion in much of 15th- and 16th-century Europe. Like the capote, the chaperon (that word, too, comes from cappa) started out as a simple hooded cape worn for protection against rain and cold. In the early 14th century, however, it underwent a change of orientation, whereby the facial opening created by the hood shifted 90 degrees to the top of the head, pulling the cape up with it and baring the face completely. (It has been conjectured that this first happened as a way of wearing the chaperon in hot weather.)

Eventually, the cape shrank to a strip of decorative fabric hanging down from what was now a turban-like hat, beneath which was worn a hood-less cloak or coat known as a mandilium (from Latin mantellum, mantle). The chaperon and the mandilium were now two distinctly different items of clothing.

Although the hooded cape vanished from ordinary life by the 17th century, hooded coats and jackets (and in our own time, hooded sweatshirts) continued to flourish. In French Canada, such a coat was called a capote well into the 19th century, while in standard French capuchon came to mean a hood. In Poland, on the other hand, a kopota began to refer to a mandilium, a coat that had no hood at all, and from Polish the word passed into Yiddish. Thus it is that ḥaredi Jews to this day call their long jackets by a word deriving from the Latin for “head.”

And yet it is not as a kapote that the word capote has most notably lived on. It is not even as an item of clothing. It is rather as a beverage that tens of millions of people consume daily around the globe: namely, cappuccino.

What, you ask, connects kapotes to cappuccinos? The answer is the Catholic monastic order known in English as the Capuchins. Founded in Italy in 1525 as a reformist offshoot of the Franciscans that sought to return to the ascetic simplicity of Saint Francis, the Capuchins, or Cappuccini as they were called in Italian, received their name from the cappuccio, the pointed hood, of the dark brown habit that they adopted as their mode of dress. Their official Latin name was Ordo Fratrum Minorum Capuccinorum, “The Order of the Minor Brothers of the Hood.” (A minor order in the Catholic hierarchy is one whose members are not authorized to administer priestly sacraments.)

In German, the Capuchins were known as Kapuziner. And when, in the 18th century, the coffeehouses of Vienna became the first to serve coffee with a few drops of milk or cream, they called it Kapuziner, too, because of the dark brown color that the brew turned. In Italy itself the drink, now refined by increasing the amount of milk, steaming it, and adding it to coffee from the newly invented espresso machine, was not introduced until the early 20th century. But when it was, the Italians translated Kapuziner back into cappuccino, by which name it spread around the world.

Although I myself have yet to see anyone in a kapote drink a cappuccino, there are no doubt ḥaredi Jews who do. Whether a flash of recognition passes between the garments on their backs and the coffee in their cups, I can’t say.

How Cappuccino Got Its Name, and What It Has To Do with the Coat Worn by Ultra-Orthodox Jews