And why each has been preferred in different times and places. 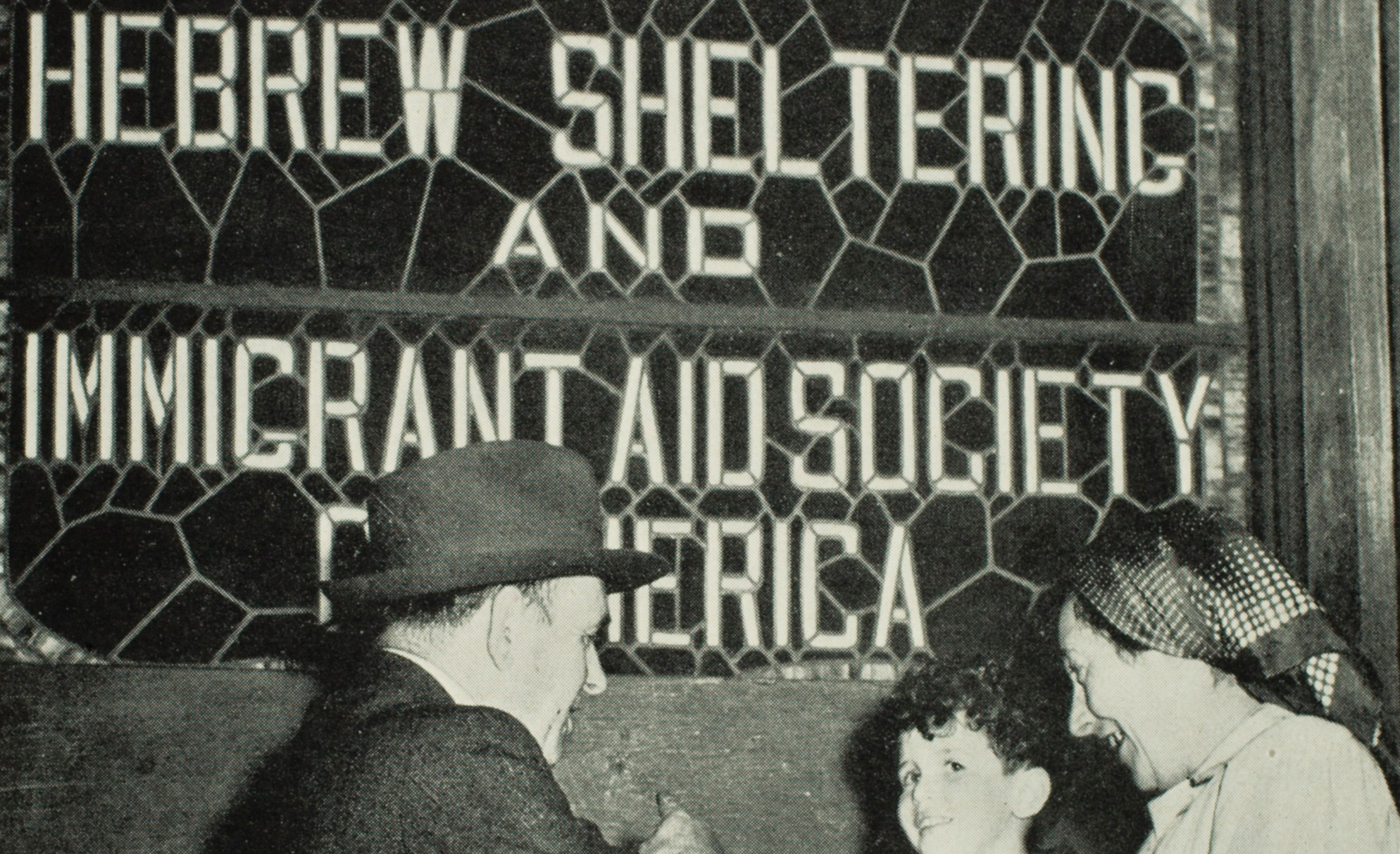 Like many of you, I read with interest James Diamond’s article “The Confounding Origins of the Term ‘Hebrew’” that was published last week in Mosaic. With much of it I found myself in agreement.

Diamond is certainly right about two things. The first is that the Hebrew word ivri, “Hebrew,” is always used in the Bible to distinguish someone who belongs to the ethnic group referred to by it from someone who does not. As Diamond observes in giving an example from the book of Jonah, when the latter says “I am a Hebrew” in answer to the storm-tossed sailors who ask, “Whence comest thou? What is thy country? And of what people are thou?”, he is in part saying, “My people is different from any of yours.”

The Israelites of the Bible do not speak of themselves this way in their own internal discourse. Typically, when revolting against him in the book of Kings, the subjects of Solomon’s son Rehoboam sound the battle cry of “To your tents, O Israel!”, not “To your tents, O Hebrews!” “Hear O Hebrews, the Lord is your God, the Lord is one” could not have been a possible version of the sh’ma.

Diamond’s second valid point is that “Hebrew” in the Bible denotes an identity in which “language, ethnicity, belief, and geography” are fused together. In response to the sailors’ questions, which do not touch on the third of these four components, Jonah’s addition of “and I fear the Lord, the God of heaven who has made the sea and the dry land” spells out that a faith in a single Creator is part of being a Hebrew, too.

But was such a fusion unique in biblical times to the word ivri? Consider the following passage from the book of Leviticus:

Yisra’eli—in modern Hebrew, the word means “Israeli”—clearly has the same components of ethnicity, language, and religion that ivri has. (It has no territorial aspect because in Leviticus the Israelites, newly freed from their Egyptian bondage, are still wandering in the desert.) The difference between it and ivri is primarily, as we have said, that ivri is used vis-à-vis the outside world and yisra’el or yisra’eli when facing inward. In illustration, one might cite the similar example of Dutch. The Dutch, when speaking to one another, never refer to themselves as such; Duits in Dutch means German, like the German Deutsch. The word they use is Nederlander (“Netherlander) or Hollander. Yet when conversing with someone in English they will call themselves “Dutch” because that is the word used by English speakers. Yisra’el or yisra’eli and ivri seem to have functioned in the same way.

If truth be told, however, the combination of “language, ethnicity, belief, and geography” that enters into both ivri and yisra’eli could be applied equally to many other, and perhaps most, ancient peoples. If you were an Ammonite living across the Jordan from Rehoboam’s capital of Shechem, for instance, you spoke your own dialect of northwest Semitic akin to but different from Hebrew, shared a society with other Ammonites, and practiced the religion of the Ammonite god Milkom. If you were a Moabite, you lived in the mountains to the south of Ammon, spoke a slightly different dialect, and worshiped the Moabite god Chemosh. Religion and ethnicity were generally inseparable in the ancient pre-Christian and pre-Islamic worlds, in which to be a people was to have a god of your own to whom you were responsible and who was responsible for you.

The words y’hudi and y’hudim, “Jew” and “Jews,” on other hand, are less encompassing. Occurring only in the late books of the Bible (in several of the earlier ones, they denote Judeans—that is, inhabitants of Judea or member of its tribe of Judah), over two-thirds of their appearances are in the book of Esther; there, they refer to the Jews of Persia, who are descendants of the Judeans exiled by the Babylonians generations previously. The y’hudim of Esther no longer have their own land, and they speak the Persian language of the country they live in; they are indeed sufficiently assimilated to be able to pass as Persians in all respects. (Once in King Ahasuerus’ palace, we are told, Esther “did not tell who were her people and her kin,” nor does anyone in the palace seem to have guessed it.) They are a minority living in, and adapted to, a majority culture.

Such y’hudim are recognizable to us as “Jews” in a way that ivrim and yisra’elim are not. They are creatures of the Diaspora, and it was only natural that, as the Diaspora gradually became the home of nearly the entire Jewish people, y’hudim and its cognates in the languages of the Middle East and Europe—y’huda’in in Aramaic, yahud in Arabic, judaei in Latin, giudei in Italian, juives in French, Juden in German, yidn in Yiddish, zhidi in Russian, Jews in English, and so on—increasingly became the word by which Jews were referred to by others and referred to themselves. True, whereas ivrim was hardly used by them anymore, yisra’el retained an honored place among them, functioning as a term for both a single Jew and the collectivity of all Jews. (The biblical form of yisra’eli fell into desuetude until revived with the creation of Israel.) This was, however, restricted to rabbinic literature. In ordinary speech and writing, Jews called themselves Jews.

James Diamond is right about a third thing, too. When, in modern times, Jews in various countries decided that they no longer wanted to be called Jews, and that they preferred to be called Hebrews or Israelites as they were in the days of the Bible, they did do so not because they wished to return to the kind of totalistic identity implied by ivri or yisra’eli, but on the contrary, because they wished to get even further away from it. Diamond mentions the case of the “Canaanites,” a small literary and intellectual coterie in the Palestine/Israel of the 1940s, 50, and early 60s that envisioned the creation in Israel of a new, Hebrew-speaking people that would be descended from, but otherwise unrelated to, the Jews of the past and of the rest of today’s world. Their platform called, as Diamond puts it, for a “decoupling” of a Jewish state from “everything associated from the Jewish diasporic experience,” and being ivrim meant disassociating themselves from the religion that had been the core of the Jewish selfhood.

What Diamond fails to comment on is that in 19th- and early 20th-century Europe and America, Jews in many countries also campaigned to be called Israelites or Hebrews rather than Jews, in large measure because the word “Jew” invoked anti-Semitic stereotypes that they wished to shed in favor of the greater dignity associated with the biblical words. In some cases, these efforts succeeded. In France, israélite replaced juive in polite society; in Italy, ebrei took over from giudeo; in Russia, yevrei became the accepted form while zhid came to be frowned upon in liberal circles as derogatory. In some cases, the change was permanent. In others, the older usage eventually returned. This happened, for example in post-World War II France, to which the influx of North African Jews, who were on the whole more Jewishly identified and less inclined to assimilation than the French Jewry amid which they settled, led to juive’s comeback.

It is an almost forgotten part of American Jewish history that in the United States, too, there was, starting with the late 19th century, an attempt to replace Jew with Hebrew. No longer part of living Jewish memory, this can be seen in the names of such institutions and businesses as the Hebrew Immigrant Aid Society or HIAS (founded 1884), the Hebrew Free Loan Society (1892), and Hebrew National delicatessen (started in 1905 as the Hebrew National Kosher Sausage Factory). For a while, Hebrew, while never threatening to push Jew out, was voguish, but apart from the pejorative Hebe, which, too, is no longer much heard, little is left of it today. We will, for better or worse, go on being Jews.