The expert joins us to talk about the history and future of Israeli water technology. 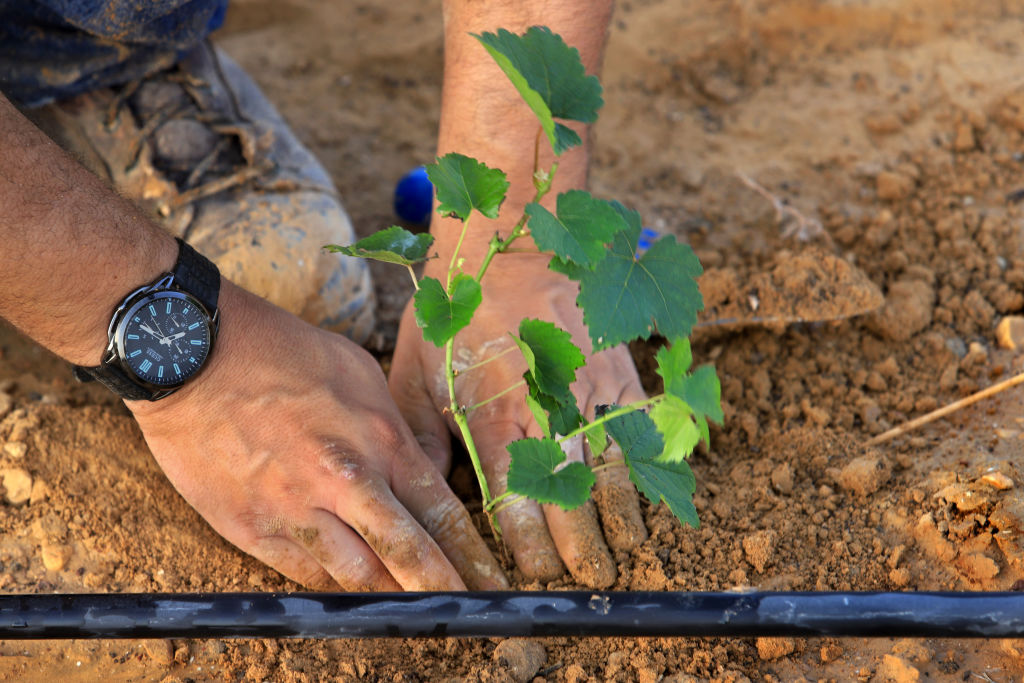 A worker plants a grapevine under a water pipe in a new vineyard for the Pinto Negev Winery in Yeruham, Israel.  Photo by David Silverman/Getty Images via Getty Images.

Observation
Seth M. Siegel and Tikvah Podcast at Mosaic
About the authors


Seth M. Siegel, an entrepreneur, writer, and lawyer in New York, is the chief sustainability officer of the Israeli micro-irrigation company, N-Drip.

“Water,” said Israel’s second prime minister Levi Eshkol, “is to the country like blood to a human being.” From the time of the Hebrew Bible and through the ages, Jews have prayed for water in the Land of Israel, and when early Zionist leaders began building the institutions of statehood, they made water a central policy issue. In recent years, Israeli technology has effected a water revolution through desalinization, drip irrigation, and agricultural science. Now, the Jewish state’s hydro-innovations have given it the diplomatic leverage to strengthen its friendships across the world.

On this week’s podcast, Seth Siegel, a water-technology expert, joins Mosaic’s editor Jonathan Silver to talk about Israel’s water revolution. Siegel is the chief sustainability officer at N-Drip, an Israeli hydro-technology company, and the author of the 2015 book Let There Be Water: Israel’s Solution for a Water Starved World. In this podcast, he talks about his work and about how this precious natural resource affects everything from Israeli utility bills to international diplomacy.

Some countries have now taken it into their own hands to start damming rivers and in so doing they’re harming down-river neighbors. So for example Turkey has dammed the source waters of the Tigris and Euphrates rivers, which will have a grievous effect on Iraq, Syria to some extent, and possibly even parts of Iran. That’s a big problem. You have the Indus river in Pakistan, which is fed by the Himalayan ice melt. The Himalayan ice melt is shrinking not because of politics but because of climate change, and then to make matters far worse Pakistan has among the worst-managed water systems in the world. The damming of the Indus river by China is almost certain to cause grievous problems with Pakistan and others downstream as well.

There’s a mantra that the wars of the 21st century will be fought over water. I myself believe that it is far cheaper to fix water problems than it is to fight wars, and there’s no better example of that than something I’m personally working on right now in Egypt. Ethiopia is building a huge dam to dam up the Nile river and it’s going to have a very profound effect on the Egyptian economy. The answer to the Egyptians is not to go to war against the Ethiopians as they have threatened, but rather to use this as a great opportunity to modernize their agriculture and to modernize their cities and to fix their water problems at a fraction of the cost of a war with another populous African nation.