What Contemporary Judges Can Learn from the Judges of Yore

No judge is so great as to be exempt from showing deference to the judicial hierarchy at large. 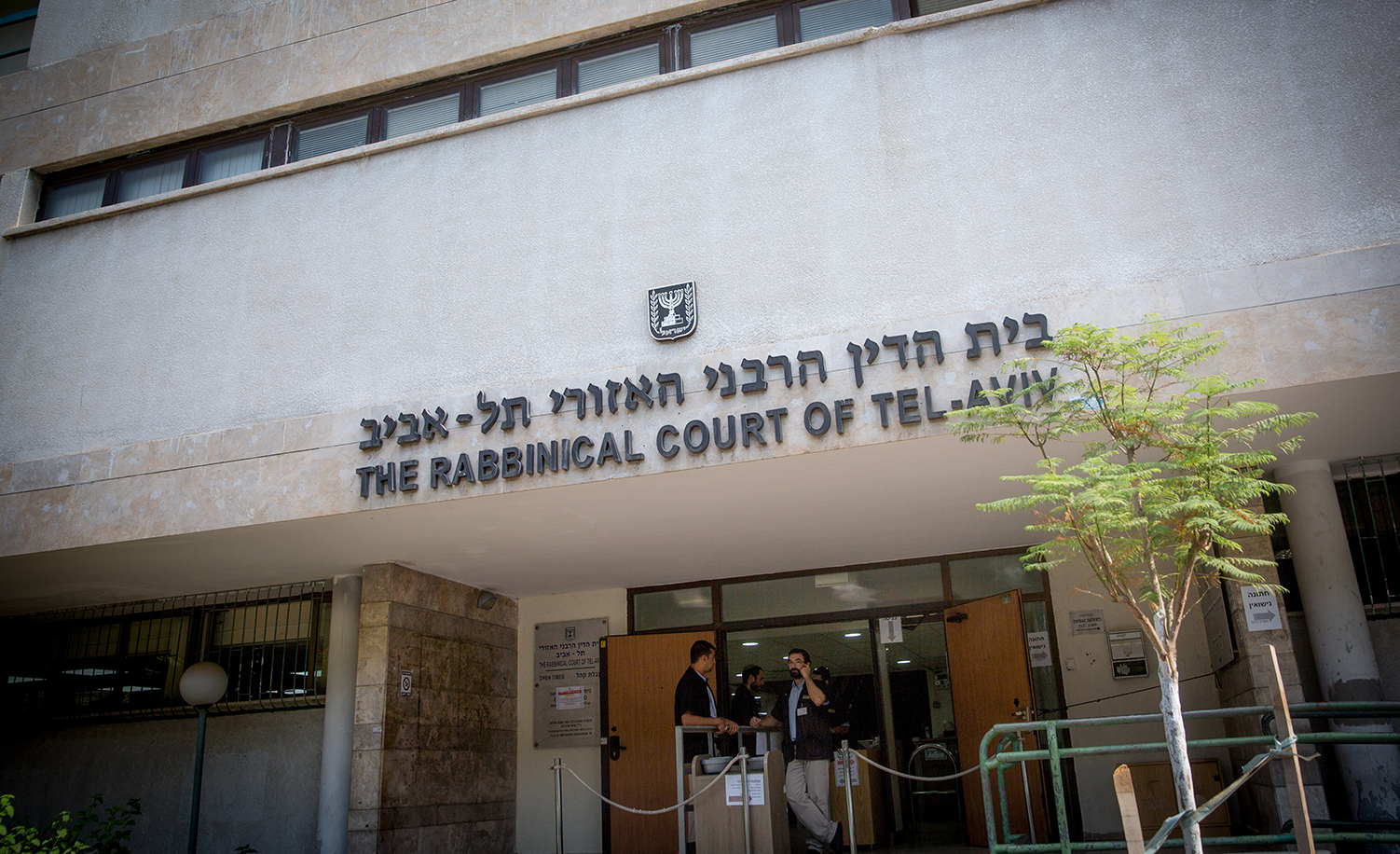 While some weekly Torah readings follow a clear narrative arc, or contain a unified body of teachings, others offer a smorgasbord of material that can leave commentators scrambling to figure out what links one segment to the next, let alone what brings the whole together. Among the latter category is this week’s reading of Shoftim, or “Judges” (Deuteronomy 16:18-21:9). It opens with a succession of social and legal principles that juxtapose law and idol worship, obedience and the consequences of disobedience, without any readily apparent connective logic.

Searching for answers to this conundrum, I was put in mind of one talmudic episode and one contemporary episode that together illustrate the value of what this chunk of Deuteronomy may be trying to teach us.

Judges and constables you’ll appoint yourself,
At all your gates that the Lord your God gives you,
For each of your tribes.
And they should judge the people
With a just sentence.

This first injunction is fairly straightforward. You need both judges to interpret the law and cops to enforce it. There should be judges in each city and for each tribe. As the subsequent verses explain, they shouldn’t take bribes or “recognize faces”—i.e., show favoritism.

But then the first of those peculiar juxtapositions arises: the text moves suddenly from judicial ethics to a prohibition of idol worship. “Do not plant yourself an Asherah pole . . . by the altar of the Lord your God” or set up “a monument which the Lord your God abhors.” Next comes a regulation about sacrifices: oxen or lambs with blemishes can’t be offerings to the Lord. And after that we’re suddenly back to idolatry with prescriptions for how it is to be punished.

What do these things have to do with each other? The answer offered by the great German rabbi David Zvi Hoffman (1843-1921) is that the central theme here involves a particular location. A pole can be just a pole, but you know it’s an Asherah pole when you place it by the altar of the Lord in the manner of idolaters; the same, in Hoffman’s reading, applies to a monument. Likewise, an ox with a lazy eye or nicked ear is fine for plowing your field or making into brisket, but you can’t bring it to the altar as a sacrifice.

What this has to do with judges and courts can be seen by reading onward:

If something seems too wondrous for you to judge
Between murder and manslaughter, between guilt and innocence,
Or between pure and impure affliction,
Matters disputed in your city gates,
Then get up and go up to the place the Lord your God chooses
And come to the Levitical priests and to the judge
Who will be in those days and inquire
And they will tell you the word of the sentence,
And you will rule according to the word they tell you
From the place that the Lord chooses. . . .
But the man who acts deliberately so as not to obey
The priest standing to serve the Lord your God there or the judge—
That man should die,
And you’ll purge the evil from Israel.

“The place that the Lord chooses” refers of course to the location of His altar; from the time of King David on, this is Jerusalem, home both to the highest court in the land and the supreme center of worship. Temple and state may be separate, but they’re not supposed to be too far apart. And just as the idolater must die, so, too, must one who tries to upend the judicial hierarchy.

The society Moses is outlining here is to be a theocracy, and none of its individual members is more important than the rule of law. For that rule of law to work efficiently, it must be one law, as interpreted in one place, by the highest lawmaker available at that time. Just as the altar of the Temple or Tabernacle must be supreme, and can’t share its sacred ground with some pole or tree or monument, so, too, the high court must not share its authority with anyone else, no matter how qualified or learned.

A judge who has spent his life studying the law will necessarily still run into an instance that is beyond his expertise. But he should not give way to the temptation to make law off the cuff, thus turning his own moral instincts into a kind of idol, but instead refer the matter to a higher authority. What if he doesn’t? That sin, too—the Torah makes clear—should be rooted out just as mercilessly as bowing to an Asherah.

Which brings us to our two episodes. First, the Talmud, as a work concerned with legal rulings and judicial procedure, gives us many examples of conflicts that arise when the Law’s interpreters can’t agree. The tractate of Brakhot recounts the final hours of Rabbi Yoḥanan ben Zakkai, the greatest halakhic authority of his day, a disciple of both the famous sage Hillel and of Hillel’s rival Shammai. Having survived the destruction of the Temple by the Romans, Yoḥanan famously gained permission to reestablish rabbinic learning in the Galilean town of Yavneh. As he prepared in turn to meet his maker, what did he think of his own religious rulings?

Yoḥanan ben Zakkai demonstrates the attitude of the true judge as Deuteronomy defines it. Though himself the highest judge of the time, he does not put overmuch stock in his own authority and does not count on divine confirmation that his rulings were correct or that the Lord will welcome him with open arms. He remains doubtful about his own rectitude. That same self-doubt is what enabled him to abandon besieged Jerusalem and start a new seat of the Law in the Galilee.

Yavneh became the new place to which lower courts referred their difficult cases. When Gamliel II—a direct descendant of Hillel—came there to displace Rabbi Yoḥanan and assume the position of nasi (patriarch or highest rabbinic authority), the latter gave way rather than let that place, too, fall prey to dissension as Jerusalem had done.

In short, it is not enough to obey the law; you have to sacrifice your own ego. An ego is an Asherah pole, an idolatrous monument, and the Lord abhors them both.

Post-biblical Judaism never exhibited the streamlined religious hierarchy of, say, the Catholic Church. But the system that existed in early talmudic times was relatively centralized, with a supreme rabbinic council presided over by the nasi. It was, of course, not without controversies; the Talmud recounts that the same Gamliel II to whom Yoḥanan deferred was later deposed for exceeding the bounds of his own authority. Nonetheless, today’s situation, even if one looks only at contemporary Orthodoxy, looks unimaginably different from that relatively clear-cut system.

And — here we come to our second episode—a recent controversy not only illustrates the costs of rabbinic infighting but also suggests that the ideals of Shoftim haven’t been totally lost.

It began in 2007 when a rabbinic judge in the Israeli city of Ashdod determined that a particular woman’s conversion to Judaism was invalid, a ruling that was then overturned by the highest rabbinic court in the land. But one of the latter court’s judges, Rabbi Avraham Sherman, not only dissented from the majority opinion but refused to defer to it and offered to retry a similar case with a different set of judges and himself as senior judge. That ad-hoc court not only ruled the conversion invalid but retroactively invalidated thousands of other conversions that had been performed under the aegis of the Israeli chief rabbinate.

Such matters of personal status have wide-ranging social and religious implications in the state of Israel. And so this case, which sparked much furor, ended up before the state’s secular Supreme Court, which decided that while the halakhic issues of the case were entirely out of its purview, and it would express no opinion on them, Rabbi Sherman’s having taken the case out of its order in the officially-sanctioned rabbinic court system was an irregularity that could not be tolerated.

I don’t mean to suggest that Israel’s Supreme Court is the highest authority the Lord would have in mind, but this ruling does suggest that, in some sense, Israeli law can be viewed as a continuation of the system instituted by Moses. One individual, or a handful of individuals, trying to upend the entire hierarchy poses an unacceptable threat.

And there is more. Several years earlier, Rabbi Shlomo Dichovsky—the head of the high rabbinic court from whose ruling Sherman dissented—had received an unprecedented invitation from the secular Supreme Court to become one of its justices. Unsure how to respond, he went to consult the late Rabbi Yosef Shalom Elyashiv, who, while holding no official position, was recognized by the non-ḥasidic Ḥaredim of Israel as the paramount authority on halakhic questions.

Elyashiv advised against any prospective dissolution of the divide between religious authority and the secular state. And so Dichovsky, president of the highest religious court in the land, accepted the ruling of an even higher authority and turned down the offer to sit on the Supreme Court. The lesson: no judge is so great as to be exempt from showing deference, or so wise as not to need someone higher to turn to.

In light of this whole sequence of events, could one say that today’s Jews may not actually be quite so fractured, across so many different lines, as they often seem to be, and that they, too, still exhibit a bit of that sense of deference mandated by Deuteronomy and exemplified by Yoḥanan ben Zakkai?

One would like to think so. Judges come and go, the law remains, and as Pirkei Avot notes, you should not make a habit of relying on your own judgment.

What Contemporary Judges Can Learn from the Judges of Yore