One may wonder why we bother to have Middle East experts at all, since their record is hardly better than that of the Sovietologists. Bernard Lewis is an exception. 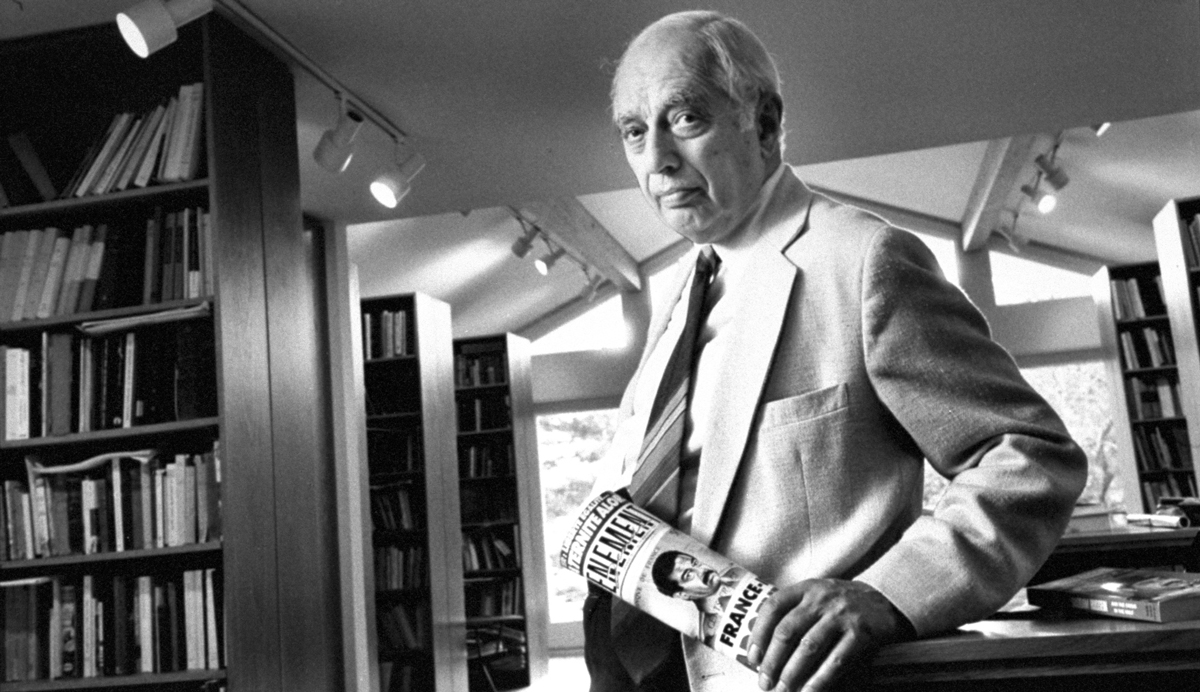 Response
Robert Irwin
About the author


Robert Irwin, a British novelist and scholar of medieval Islam, is the Middle East editor of the Times Literary Supplement. His most recent novel is Wonders Will Never Cease.

First, through the good offices of Mosaic, let me wish Bernard Lewis, my former thesis supervisor, a happy one-hundredth birthday! Next, let me commend Martin Kramer’s “The Return of Bernard Lewis” to readers present and future.

A great historian, Bernard Lewis has written on a wide range of subjects with learning, wit, and what his enemies might term “repressively authoritarian lucidity.” Kramer’s title is calqued upon the title of one particular essay by Lewis, “The Return of Islam,” published in 1976: a ground-breaking and premonitory work. At the time, Lewis’s was, if not the sole voice articulating the argument that religion was “still the most effective form of consensus in Muslim countries,” then certainly a lonely one.

Thus, only two years earlier, to take one prominent example, the British international-relations expert Fred Halliday, in Arabia Without Sultans, was confidently looking forward to the triumph of secular left-wing revolutionary movements in the Arabian peninsula (admittedly, “after a difficult and protracted struggle”). As for the regime of the shah of Iran, Halliday foresaw, in Iran: Dictatorship and Development (1979), four possible futures: (a) continuance of the dictatorship; (b) the regime’s survival after token concessions to democratic pressures; (c) the removal of the shah by a coup and the installation of a military dictatorship; (d) a bourgeois democracy under a purely constitutional monarchy. Nowhere in the cards, evidently, was the triumph of Islamic theocracy (let alone Halliday’s own favored outcome, a socialist revolution).

Another example: like Martin Kramer, I was present at the 1998 Middle East Studies Association meeting and witnessed the toe-curling consecration of Edward Said as its presiding hierophant. Said, who mistook his wish list for prophecy, was useless at guessing how things were going to go, and tended to treat the Islamic factor as though it were something that had been foisted on the Middle East by Western experts. As late as 1994 in The Politics of Dispossession: The Struggle for Palestinian Self-Determination, Said was writing that “The extraordinary exaggeration of Hamas’s power is . . . part of the same ‘Islamic threat’ furor that has so dominated Western policy and journalistic commentary.” And, a few pages on: “The more I read and saw, the less probable was any sign of a coherent Islamic uprising of the kind confected by Western reporters and sages.”

Well, as Paul Valéry famously observed, “The future is not what it used to be.”

When one contemplates these and other worthless prophecies, one may wonder why we bother to have Middle East pundits at all, for their record is hardly better than that of the Sovietologists.

But Lewis constitutes a special case, and especially when it comes to having predicted the resurgence of Islam and the rise in Muslim militancy. Indeed, as early as 1950 in The Arabs in History, a brilliantly condensed overview of the subject, he at least considered the possibility that the Arabs might

try to turn their backs upon the West and all its works, pursuing the mirage of a return to the lost theocratic ideal, arriving instead at a refurbished despotism that has borrowed from the West its machinery both of exploitation and repression and its verbiage of intolerance.

At the time, it is true, this was not the outcome Lewis was actually anticipating. In particular, he was hopeful about Turkey, and in The Emergence of Modern Turkey (1961) he praised the modern Turks for “renouncing a large part of their Islamic heritage” in favor of European ways, singling out the first free Turkish election in May 1950 as a political watershed. For a while, and despite the military coups of 1960 and 1980, these prognostications about Turkey seemed borne out and essentially correct. Today, of course, with power in the hands of Erdogan, a megalomaniacal autocrat with Islamist sympathies, history has taken a decidedly different turn, and it may be that we are witnessing the disappearance of modern Turkey.

Lewis’s hopeful side is on display elsewhere in his writings as well, and in his career as a public intellectual. In The Future of the Middle East (1997), for example, he portrayed the inhabitants of the region as being essentially free to make their own choices, untrammelled by the desires of the United States, Russia, Britain, and France to make those choices for them. Moreover, as Kramer notes, Lewis for all his dazzling acuity in “The Return of Islam” did not really foresee the imminent overthrow of the shah of Iran or the advent of the Islamist totalitarian Ayatollah Khomeini. He would also prove overly optimistic about the Western coalition’s intervention in Iraq in 2003.

The lesson is plain: “history is not prophecy”—as another historian, Hugh Trevor-Roper, cuttingly remarked about Thomas Carlyle’s derelictions in this sphere. Taking lessons from the past to predict the future too often leads to the presentation of strained continuities and/or spurious claims of relevance; better to leave it to full-time futurologists to get this sort of thing wrong. Nor should it be the primary job of the historian to be useful to the government. Cardinal Newman put it best in The Idea of a University (1852):

A cultivated intellect, because it is a good in itself, brings with it a power and a grace to every work and occupation which it undertakes, and enables us to be more useful, and to a greater number.

What, then, of the future of militant political Islam? Will it go on forever?

Another great historian, Ibn Khaldun, wrote in the 14th century that “the future resembles the past more than one drop of water resembles another drop of water”—and some modern thinkers have taken Ibn Khaldun as a useful guide to the modern Middle East. In that respect, I believe he has been overrated.

Michael Cook, like me a former student of Lewis, puts it this way in the afterword to his brilliant study, Ancient Religions, Modern Politics: The Islamic Case in Comparative Perspective (2014):

I have no idea when Islamism is likely to lose its attractiveness. I tend to assume that one day it will, though only on the flimsy grounds that nothing is forever and ideologies in particular have shorter half-lives than religions.

In that connection, and just in passing, I wonder just how Islamic political Islam really is, including in its recruitment policy. The example comes to mind of the two young men who last year, on their way from the UK to fight in Syria, paused at Birmingham airport to purchase copies of Islam for Dummies and The Koran for Dummies.

Cook, for his part, suggests four possible future outcomes: (a) things will continue in pretty much the same indeterminate, if not chaotic, way as they have been going; (b) the Islamists will win; (c) Islam will reduce the political side of its profile, perhaps allowing the triumph of an apolitical, Sufi-like spirituality; (d) a new secular belief system, like Marxism but not Marxism, will arise in the Islamic world.

Among these four possibilities, Cook—no Fred Halliday, to say the least—thinks the last to be unlikely. Since I have strong Sufi sympathies myself, I hope for the third option, though I do not foretell it.

The Return of Bernard Lewis
3. Response

A Prescience of the Past
5. Response