Academic Biblical Criticism Is Not Corrupt

Don’t dismiss all perspectives of contemporary biblical scholarship as the imaginative or tainted products of liberal bias. 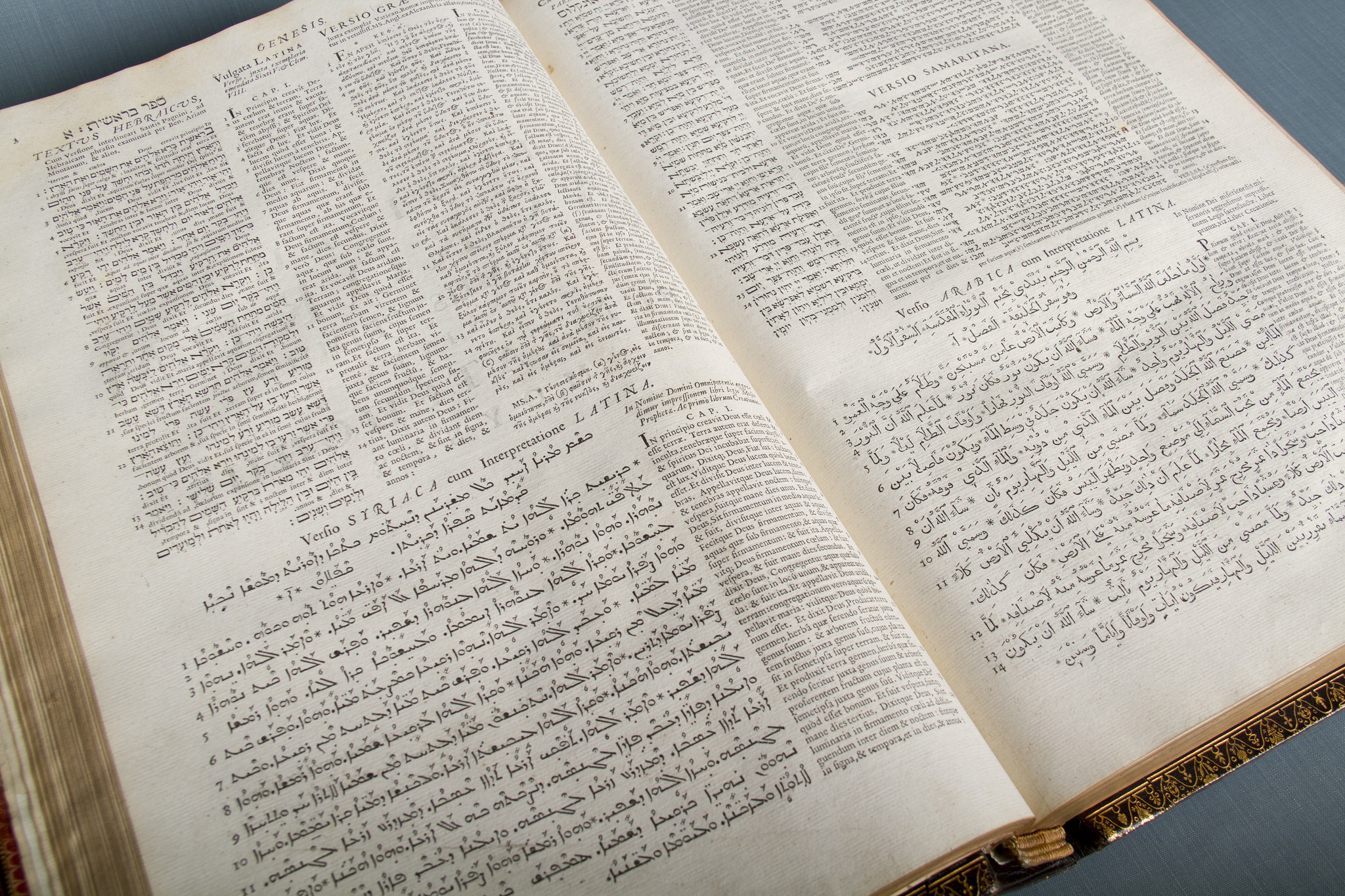 
David M. Carr is a professor of Bible at Union Theological Seminary in New York and the author most recently of Holy Resilience: The Bible’s Traumatic Origins (Yale University Press, 2014) and The Formation of the Hebrew Bible: A New Reconstruction (Oxford University Press, 2011).

Joshua Berman’s essay, “The Corruption of Biblical Studies,” purports to provide an “insider’s tour of today’s field of biblical studies.” In it, he tells a story of how biblical scholarship became slave to putatively pseudo-scientific ideas about its character as a value-free enterprise. This development, Berman believes, has led to a failure to recognize the overall liberal bias of the field and to a widespread exclusion of scholarly perspectives that affirm the coherence, historical accuracy, and/or antiquity of a biblical text.

My own work is featured prominently in Berman’s essay, both on his side of the argument and as a prominent target of it. On the one hand, he identifies me as the author of “one of the most influential works in biblical studies to appear since the turn of the present century,” by which he means The Formation of the Hebrew Bible: A New Reconstruction (2011). On the other hand, he uses my more recent book, Holy Resilience: The Bible’s Traumatic Origins (2014), as a parade example of the “corruption of biblical studies” because I mention my Quaker faith at the outset and then depict much of the Bible as growing out of the trauma experienced by ancient Israel. Berman takes this as a “heroization of victimhood” that clearly grows out of my (imputed) Quaker pacifism, even though he suspects that I would “take umbrage at being labeled a ‘liberal scholar.’”

I take issue both with Berman’s praise of my work and with his critique of it. I also dispute his characterization of academic biblical scholarship more generally as “corrupt” and deeply conflicted regarding the basic sources of the Pentateuch.

I start with my own work. Though I am a Quaker, like many Quakers I am not a pacifist. In this respect, Berman’s ad-hominem reading of Holy Resilience is simply wrong. But, more to the point, I emphatically do not think that scholarly discussion is furthered by elaborating on how a scholar’s conclusions might or might not grow out of her or his religious or other presuppositions (including Berman’s).

In my experience, the vast bulk of scholars do their best to transcend their background in offering findings and insights that will be of use to others of different backgrounds. At our best, indeed, we should try to be open to all possible outcomes of our research, even those that challenge our previous assumptions, including our religious convictions. The ultimate test of our research occurs when others find our results useful even if they do not share biases that still might shape our work. In this sense I have been honored and gratified that Joshua Berman has used parts of my work, even at those times when I have not agreed with how he has appropriated it.

Let me give an example of such (mis)appropriation. According to Berman, in The Formation of the Hebrew Bible I “assert” that “the sources and editorial layers so confidently articulated by source critics” are “‘nothing but the inventions of their creators.’” The latter phrase is taken out of context. In this passage (which occurs on page 114 of the book) I criticize a specific method of subtraction used by an increasing number of scholars over the last decades to isolate an early core to biblical texts. Within that context, I say that most putatively early texts that have been reconstructed by means of that method are “more likely” to be “nothing but the inventions of their creators.” Berman, for his part, reapplies my phrase to “the [Bible’s] sources and editorial layers” detected by source criticism in general.

All this may seem quite technical, and indeed it involves a particular recent debate among specialists. What is important to grasp is that in making the statement cited by Berman, I was not offering a critique of the long-established theory concerning the creation of the Pentateuch out of multiple sources and editorial layers, a theory whose basic outlines were established at the outset of the 1800s and that has never been successfully refuted.

Though academic biblical scholars do disagree on numerous points, most have agreed for the last 200-plus years that the Pentateuch was formed through a combination of a Priestly layer, a non-Priestly layer most evident in the Tetrateuch (Genesis through Numbers), and a core portion of Deuteronomy. Moreover, the vast majority of academic biblical scholars agree that these portions of the Pentateuch were written during the state period of Israel-Judah and/or the centuries afterward, and thus well after the time of Moses. These are findings that have transcended the biases of individual scholars who initially proposed them, being accepted by contemporary Jewish, Christian, and non-religious scholars of diverse perspectives.

This brings us to Berman’s characterization of many or most of today’s biblical scholars as (often) unacknowledged “liberals.” On the one hand, I’m fine with being called a “liberal” if that term is understood to designate me as a scholar who aims to be open to wherever my research leads me. On the other hand, within our present cultural context the term “liberal” now often functions as a smear word—much in the same way as does the label “conservative” that Berman deplores. Yet Berman’s essay could itself be understood as encouraging further such labeling. He seems to suggest that insofar as some in biblical study have been negatively characterized by the label “conservative,” scholars like me (or Benjamin Sommer, another scholar he singles out for extended treatment) should be characterized by the label “liberal” and should accept such a characterization.

I disagree. I deplore the pejorative use of the term “liberal” or “conservative.” What is more, I have deeply benefited from and frequently cite the work of Robert Alter, Meir Sternberg, and others who Berman says have been consigned to the “conservative” camp. I also deplore the systematic exclusion of any scholar from academic discourse on the Bible purely on the basis of his or her place of employment. Overall, I think the field is best served by using labels like “conservative” and “liberal” less rather than more frequently.

Yes, of course, we biblical scholars disagree with each other, and we must always live with messiness and slow, jagged progress in our field. There will also always be a gap between our general knowledge that the Bible was formed over time and our limited ability to know everything about how this occurred. Yet that does not mean we know nothing, or that scholars simply disagree about everything, or that every scholarly perspective is equally informed. Rather, we have many textual and other data with which to work.

It is not possible within the space of a brief response to synthesize the hundreds of years of detailed textual observations that ground basic positions in contemporary biblical scholarship. (For a judicious brief attempt, see Marc Brettler’s response to Berman’s essay in thetorah.com.) Nevertheless, I would urge interested readers to keep reading, keep their minds open, and not be influenced by Joshua Berman into dismissing all perspectives of contemporary biblical scholarship as the imaginative or tainted products of liberal bias.

The Corruption of Biblical Studies
2. Response

Deeper Reasons for the Bias in Biblical Studies
4. Response

Why Biblical Scholars Should Declare Their Worldviews
5. Response

Biblical Scholars Are Open to Self-Correction, and They Listen to Conservatives, Too
6. Last Word

What's Next for Biblical Studies