Why Biblical Scholars Should Declare Their Worldviews

Biblical criticism is never value-free. In itself that’s not a problem; the problem arises when readers don’t know what worldview a particular scholar brings to his or her work. 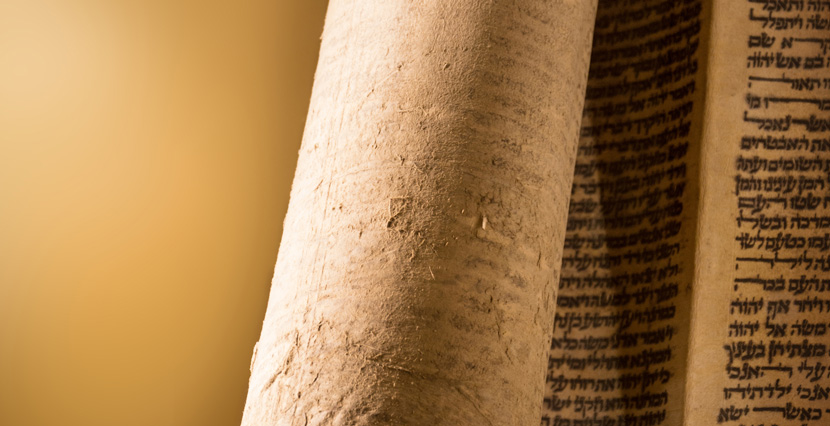 Response
Craig Bartholomew
About the author


Craig G. Bartholomew, until recently the H. Evan Runner professor of philosophy at Redeemer University College in Hamilton, Ontario, has been named incoming director of the Kirby Laing Institute for Christian Ethics in Cambridge (UK).

I am very grateful for Joshua Berman’s essay on the condition of biblical studies, and on the whole I agree strongly with his analysis of what ails it. Here I’d like to present my own take on some of his arguments and then suggest a way in which the field might move forward.

As Berman writes, the modern study of history, conceived in the 19th century as a royal road to objective truth about the past—a truth scientific, autonomous, and value-free—imbued the emerging academic field of biblical studies “with the confidence . . . that access [to the Bible] was [similarly] available through the careful literary mining of the received texts. Identifying irregularities of all sorts within those texts was the key to recovering their precursors.” Methodologically, this ideal manifested itself as historical or source criticism, most commonly identified with the figure of Julius Wellhausen and the “documentary hypothesis” concerning the composition of the Pentateuch.

By the end of the 20th century, the alleged neutrality of the modernist scholarly project had become severely mauled by postmodernism and its radical questioning of the idea of objectivity itself. Within the field of biblical studies, this yielded a plethora of approaches to reading the text—the more varied and ideological, the better. But the postmodern impulse has been largely de-constructive rather than constructive; amidst and despite its wild pluralism, source criticism has remained the default mode of most biblical study. Thus, it is not surprising to see the emergence of a hybrid or neo-source criticism of the sort practiced by Benjamin Sommer, to whose Revelation and Authority Berman devotes significant attention in his essay.

Berman is absolutely right that biblical studies has never been value-free, and he helpfully points us to the philosophers, starting with Spinoza, who deeply influenced its emergence and formation. One scholar whom he does not mention was Wilhelm de Wette (1780-1849), regarded by many as the father of modern biblical criticism, who spent his life trying to reconcile his view of religion and the Bible with Kantianism. Yet even a cursory reading of Kant’s Religion Within the Bounds of Reason Alone—with its exaltation of reason, its stress on a “bare” rational religion of morality unencumbered by the “clothing” of rituals and common practices, and its denigration of historical narratives and revelation—would alert one to just how value-laden was Kant’s own view of religion.

Both John Rogerson, de Wette’s English biographer, and Sommer in his Revelation and Authority discuss Kant’s influence on biblical studies, but neither one engages in a rigorous critique of Kant’s position. Indeed, one of the great needs of our day is precisely a history of biblical studies, told with nuance and depth, that will enable a proper evaluation of figures like Spinoza, Kant, and others whose ideas have shaped paradigms that still govern the field.

Alas, not only is this story neglected but few biblical scholars have sufficient interest or expertise in philosophy to assess the thinkers who more or less silently influence their studies. To the contrary, a myth that keeps getting perpetuated is that modern biblical criticism was hardly influenced by philosophy at all. Knowing the story of biblical studies would not only alert us unequivocally to the fact that biblical scholarship is never neutral but would also foreground the values—or, better, the worldviews—within which biblical scholars choose to work.

I prefer to speak of worldviews and philosophies rather than values because a scholar always works with some ontology, some epistemology, and some view of the human person, whether consciously articulated or not. And this is where religious beliefs themselves enter the picture, not only emerging from one’s reading of the Bible but also affecting that reading. This, in my view, is as true of the believing reader as of the reader persuaded that religion is simply a cultural artifact or that Kant’s view of reason-versus-religion is the right one.

On this point I differ with Berman, who argues that a scholar’s motivations should never be seen as a threat. It is hard for me to see how that can be right. Believers, for their part, often have a vested interest in the coherence of the Bible, which they approach in a spirit of trust. They also tend to lean favorably toward the fertile work done by literary scholars like Robert Alter and Meir Sternberg who, Berman writes, “may readily admit that the text could have a prehistory . . . but also claim that [it] can still be read as a coherent work”—and who for that reason are labeled by professional source critics as “conservative” or “uncritical.” Such labeling itself—together with the practice, documented by Berman, of marginalizing and delegitimizing “conservatives”—is surely good evidence that their work is seen as a threat to the way most source critics think the Bible should be studied.

In truth, different approaches are perceived as threatening for a good reason: they are threatening. Scholars work out of different paradigms, and at a deep level these paradigms are incommensurate and competitive. Because the particular paradigms are often hidden in the background, the fights often focus on particular methods or approaches, among which source criticism is the dominant model.

A raised consciousness of the paradigms within which a scholar operates could go a long way toward facilitating rigorous evaluation of the whole edifice of his work. Ideally, it might also encourage genuine dialogue. What I love about Benjamin Sommer’s recent book, although I disagree with him on nearly every page, is the extent to which he does lay out a picture of the framework within which he works and which he applies to his reading of the revelation at Sinai. If widely practiced, such openness would be a balm for what, as Berman shows, even source critics themselves admit is a troubled field.

Clearly, there is a great deal at stake in biblical interpretation. It is to Joshua Berman’s credit that he has laid out the key issues in so compelling and lucid a fashion.

Why Biblical Scholars Should Declare Their Worldviews
1. Essay

The Corruption of Biblical Studies
2. Response

Deeper Reasons for the Bias in Biblical Studies
3. Response
Academic Biblical Criticism Is Not Corrupt
5. Response

Biblical Scholars Are Open to Self-Correction, and They Listen to Conservatives, Too
6. Last Word

What's Next for Biblical Studies