In the 20th century the American Jewish community was the world’s largest and strongest, and helped establish and protect the Jewish state. The 21st century will be different. 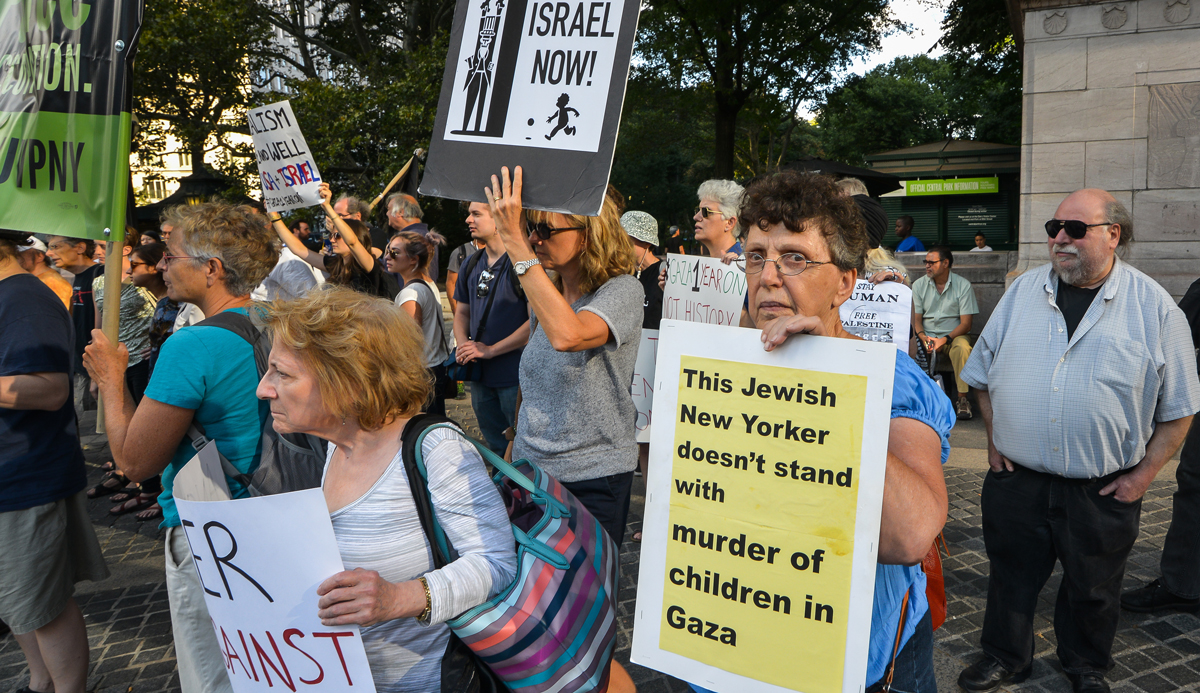 In late fall 1940, as World War II raged in Europe and despite the parlous situation of the Jews in British-Mandate Palestine, their leader David Ben-Gurion spent three and a half months in the United States, returning again in November 1941 for a far longer stay of more than nine months. The wartime route from Palestine to the U.S. was lengthy and dangerous, but Ben-Gurion keenly understood not only the prime importance of relations with America but also the fact that the American Jewish community had now become the center of world Jewry.

Indeed, soon enough—and for decades to come—that same Jewish community, the world’s largest and strongest, would play a critical role in the establishment and subsequent support and protection of the first Jewish state in 2,000 years.

But that was the 20th century; the 21st will be different. That is the conclusion of my essay in Mosaic, “If American Jews and Israel are Drifting Apart, What’s the Reason?”

I’m grateful to Daniel Gordis, Martin Kramer, and Jack Wertheimer for their kind words about the essay itself and especially for their thoughtful comments on its thesis. Taken together, those comments affirm but also broaden and deepen my argument.

All three of my respondents note the remarkable change in the relationship between Israel and American Jewry since 1948, some of which is due to sheer demographics. At the time of Israel’s founding, as Martin Kramer explains, its Jewish population was one-ninth the size of American Jewry, and was also largely poor and needy. Today, the population ratio is one to one, Israel’s economic situation has improved immeasurably, and its population is growing—even as our numbers in America are being reduced by low birth rates and intermarriage.

As Kramer puts it, “Israeli Jews have worked out a successful survival strategy,” while, by contrast, the “American Jewish survival strategy is struggling.” The trend lines are clear—which is why I suggested in my essay that we American Jews may end up needing what amounts to foreign aid, with the Israelis trying to rescue us, or anyway some of us, as best they can.

All of this has taken its toll in feelings of inter-community solidarity, and so has another factor mentioned in my essay: the detachment of most American Jews from the combined ritual and communal moorings that held Jews together for 2,000 years of exile. Driving this point home is the sad tale that Daniel Gordis tells about an uncle of his. A former executive vice-president of the American Jewish Committee, this uncle has taken to the public prints to proclaim that “in every important way Israel has failed to realize its promise for me.”

Gordis rightly underscores those amazing final words—“for me”—as if the task of Israelis, who live in a region “leaning toward perpetual war,” were “to soothe the moral disquiet of Jews whose circumstances are “more peaceful and stable than any environment in the history of humankind since Adam.” Writing with similar bite, Jack Wertheimer, the eminent American Jewish historian and an acute, unblinking analyst of contemporary realities, records that growing numbers of American Jews have become so “deracinated” as to lose all empathy with fellow Jews living in “a neighborhood considerably more dangerous than brownstone Brooklyn or the Edenic communities of the San Francisco Bay.”

Sadly, in this context, none of my three respondents has protested that I’m dead wrong in my analysis and that the future glows brightly both for the American Jewish community itself and for its relationship with Israel. Nor does any of the three offer a magic formula to extricate ourselves from our troubles, because there is none. To the contrary, all appear to accept, as I do, the further and all but inevitable weakening of the non-Orthodox American Jewish community.

Still, their comments do suggest some paths forward.

One of them is critical: an Israel-oriented education that will take in the enormous miracle of the recreation of a Jewish state after two millennia, absorbing its history and the lessons contained in that history, and inculcating a knowledge of the Hebrew language. About 10 percent of American Jews say they can carry on a conversation in Hebrew; I would bet that most of them are Orthodox—themselves by far a minority within the community as a whole. Gordis correctly refers to the “essentially across-the-board neglect of Hebrew-language literacy as a community priority.”

This is not the case in other Diaspora communities. Jews elsewhere not only are likelier to speak Hebrew but, correlatively, visit Israel more frequently, and acquire a more thorough Jewish education. In the UK, for example, 60 percent of Jewish children attend day schools.

For American Jews outside the Orthodox community, such day schools hold little attraction. I suspect they strike many as contrary to the long-prevailing desire for full integration into America society: the central goal of American Jews who in the decades after World War II did not struggle to move to Evanston and Scarsdale and Beverly Hills in order to send their children to Jewish schools.

But that integration is now a fact, and staring the American non-Orthodox in the face is the prospect of Jewish assimilation leading to Jewish extinction. That being the reality, is it possible that day schools might be re-examined?

One critical barrier here, even for the moderately affluent, is financial: on top of the other burdens of engaged Jewish life—synagogue dues, summer camps, kosher food, and so forth—day schools are an expensive proposition. Especially in localities boasting excellent public schools, they may seem either beyond reach or unnecessary, or both. And here, to make things worse, the organized community’s priorities are upside-down. Rather than making sure that a day-school education is affordable and available to all who want it—as Jack Wertheimer has tirelessly advocated—Jewish agencies have not only undervalued the relative worth of such an education but have often led the fight against extending any help at all to religious schools in general, even in the form of vouchers, tuition tax credits, or other tax breaks that are clearly constitutional.

The day-school movement in America is one of the proven secrets of continuing Orthodox strength and solidarity. As Wertheimer has written, a day-school education “greatly increases the chances of children learning the skills necessary for participation in religious life, for living active Jewish lives, and for identifying strongly with other Jews.” One can only hope that non-Orthodox Jews and Jewish organizations seeking to survive in America will reconsider its benefits and relax their visceral and ideological opposition to communal and other forms of support for non-public schools.

Whether or not they do, however, I join my three respondents in fearing the near-irreversibility of the underlying trends contributing to the weakening of the American Jewish community. All the more reason, then, to keep front and center in one’s consciousness the single key fact of modern Jewish existence: for the first time in 2,000 years there is a Jewish state, it is growing and thriving, and it is becoming the center of world Jewish life. Would we want it otherwise? American Jews today may be declining in strength and centrality, but they are also witness to and can actively participate in the miracle of the Jewish state. In Daniel Gordis’s words, Israel is “the Jewish people’s last remaining hope.” It is also something more: something, in Martin Kramer’s words, that we should always regard just as a hundred generations of Jews before us would have done—with “pure wonder.”

American Jewry Will No Longer Be the Center of the Jewish World
1. Essay

If American Jews and Israel Are Drifting Apart, What's the Reason?
2. Response

How American Jews Have Detached Themselves from Jewish Memory
3. Response

Unspoken Reasons for the American Jewish Distancing from Israel
4. Response

Israel: The Canvas on Which American Jews Project Their Hopes and Fears