The country’s civil servants don’t hide money from politicians and the public intentionally—they just doesn’t know how to wisely spend it all. 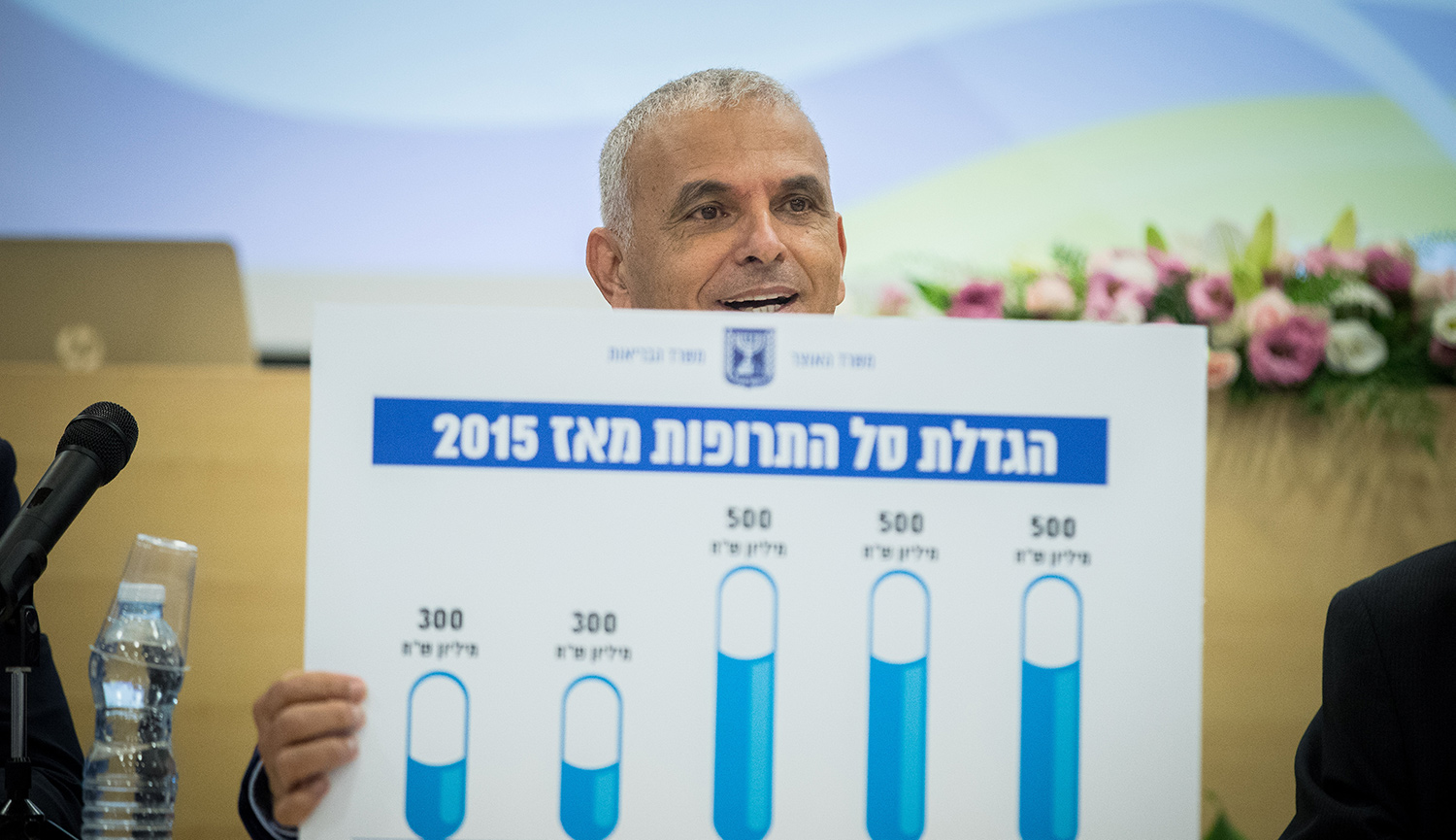 Response
Reuven Frankenburg
About the author


Reuven Frankenburg spent forty years in Israel’s Finance Ministry and is currently a fellow at the Kohelet Policy Forum.

In his insightful and informative essay, Haviv Rettig Gur introduces the English-speaking reader to Israel’s financial bureaucracy, its history, its virtues, and its vices. I have spent many years working in this bureaucracy and observing it, and I agree with much of Gur’s analysis, but I would like to suggest that the bureaucracy is not so undemocratic, unaccountable, or indispensable as he claims. Both his glowing picture of its members’ dedication and abilities, and his claims about the extent of its power, are, it seems to me, exaggerated.

That being said, Gur’s breakdown of the Budgets Department’s problematic behavior is entirely correct. This department routinely buries funds in the reserves that were allocated by the Knesset for spending, while leaving large sums in budget items that no one needs. A related issue, which he does not mention, is the department’s reluctance to transfer unused funds from one year to the next, although the budget law clearly permits this. And so forth. Where I think Gur is wrong—and this goes to the heart of the matter—is about why this is happening.

Gur takes the misbehavior of the Budgets Department as an indication of its desire to impose its own values on the government—of unwillingness to receive orders from ministers and parliamentarians who are not professionals. But I think this reading is imprecise and even misleading.

A more accurate picture can be obtained by applying Hanlon’s razor: “Never attribute to malice that which is adequately explained by stupidity.” Don’t get me wrong: I am applying it to the organization as a whole, not to the individuals who make it up. The employees of the Budgets Department are, for the most part, neither malicious nor stupid; they are in the main dedicated, loyal, and conscientious public servants, although doubtless there are a few exceptions. The whole, however, is less than the sum of its parts. Where Gur sees undemocratic behavior, I see systemic incompetence.

And here some history is in order. Yaakov Arnon founded the Budgets Department within the Finance Ministry in the early 1950s, staffing it mainly with recent graduates of the Hebrew University’s department of economics, students of the Israeli-American monetary economist, Don Patinkin. Contrary to Gur’s assertion that “the culture of the treasury youth,” as they are known, “began to coalesce” in the mid-1980s, much of the department’s defining characteristics go back to its very beginning. I entered the department in 1973, and all the tendencies Gur notes—the youth, the self-confidence, the desire to dictate to directors-general and even to ministers—were present, full-blown. Indeed, the half-admiring appellation “treasury youth,” or at least its predecessor “Patinkin youth,” has been around since Arnon’s day.

When the department was created, it represented a significant innovation in Israel’s public administration. From then until today, it has changed very little, and that is the root of the problem. Some examples:

The list goes on, but the idea is the same: well into the 21st century, the department is still operating with the procedures of the 1950s.

Thus the Budgets Department does not maintain unnecessary reserves out of a desire to freeze funds; it does so because it has no idea what else to do with the money. It is suspicious of the ideas presented by the ministries but has no better plans of its own. Rather than making a clean budget cut, it chooses to leave the money in the reserves—that is, to do nothing. This is not machination, but amateurishness.

The Byzantine Ḥok ha-Hesderim, or arrangements law, which the Knesset traditionally passes together with every state budget, is another representative case. Gur claims that the law’s intricacies are a consequence of deliberate design, and perhaps individuals have, at times, claimed it to be so. But in reality its continued existence is a result of the Budgets Department’s own inability to convince the relevant authorities to legislate in a conventional and ordered manner. Its tortuous wording is not a deliberate attempt at obfuscation, but mere evidence of the department’s inability to present its ideas in clear language.

How, then, has the myth of the department’s power arisen? Probably because successive ministers of finance have found it be a useful foil. And here Gur is correct when he mentions the rampant attitude in the halls of government, concerning any unusual and expensive measure, that “everyone knows the Budgets Department won’t let it happen.” But this is only true so long as the minister of finance agrees. Under normal circumstances, this minister wields great power, and I would venture to suggest that perhaps the history of Israel’s financial ups and downs is closely linked to the quality of those who held this position. The elimination of inflation by Yitzḥak Modai in 1985, detailed by Gur, is a case in point. Indeed, Benjamin Netanyahu, who served as a successful minister of finance in the early 2000s, had the department very much under his control.

The ongoing attack by Netanyahu and his close allies on the Justice Ministry and on the police will serve to illustrate my point that problems within Israel’s bureaucracy can be explained by poor functioning, and there is no need to assume unethical conduct. Much needs to be fixed in these institutions, and Netanyahu has had little difficulty in finding telling examples of problematic behavior. What he has not been able to prove is that there is an organized conspiracy against him; without such proof, it is preferable to see the faults he has uncovered as resulting from ineptitude. Israel does not have an undemocratic deep state.

Israel's Civil Service May Be Necessary, but in a Democracy the Legislature Is Truly Indispensable
4. Response

How Israel's Ministers, and Not its Civil Servants, Made the Tough Decisions that Grew the Economy
5. Response

If Israel's Politicians Shape up, the Bureaucracy Will Fall in Line