How to Boost Gaza's Economy without Boosting Hamas

To give Gazans a stake in their economic development, Israel could encircle Gaza with economic opportunities just beyond its borders—and thus just outside the terrorists’ control. 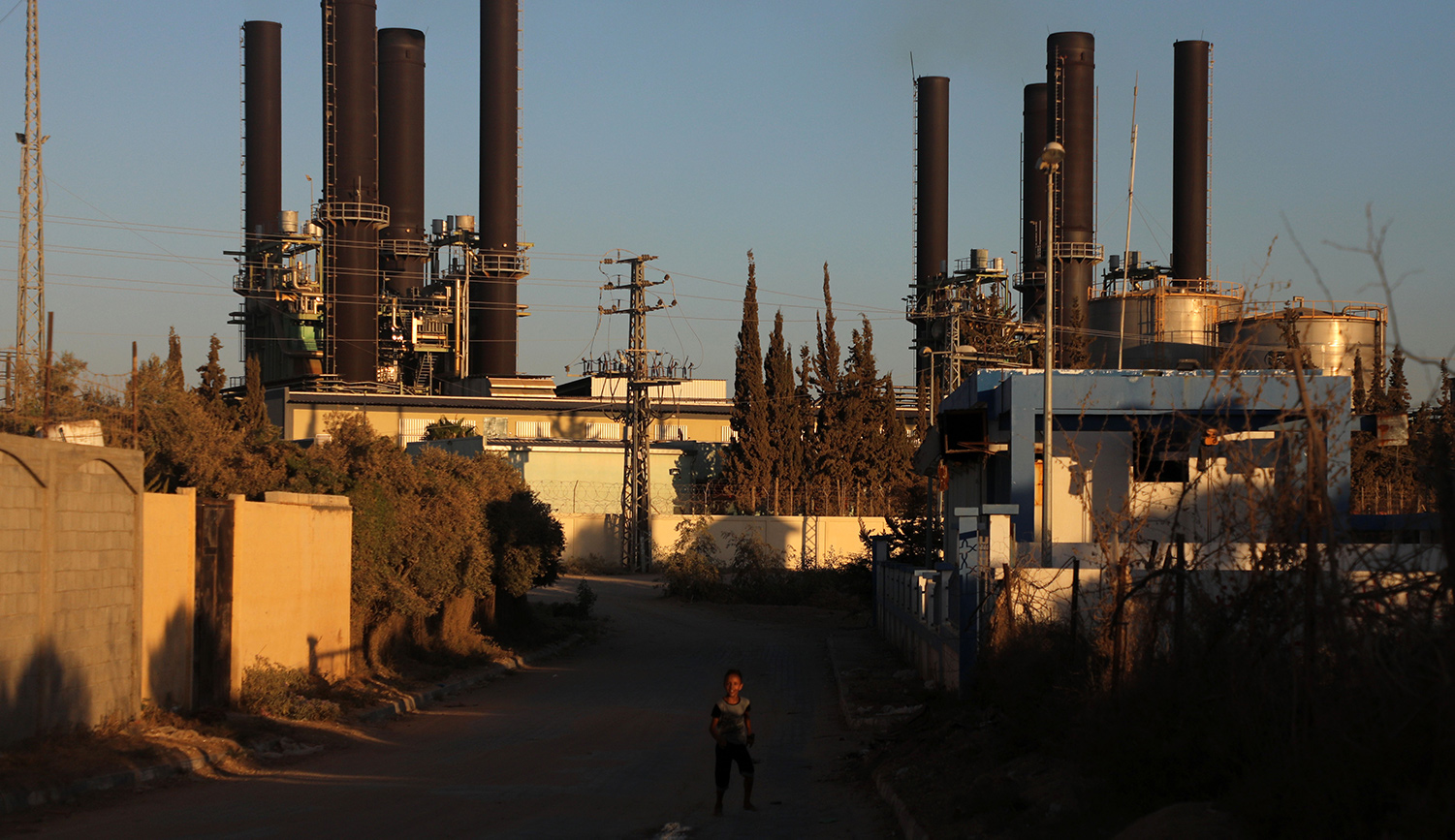 Symposium
Yechiel Leiter
About the author


Yechiel Leiter is director of the international department of the Shiloh Policy Forum. He has served as deputy director-general of Israel’s Ministry of Education and as chief of staff to Israel’s minister of finance.

With over 50 percent of Gazans unemployed and a similar number suffering from food insecurity, Michael Oren is obviously correct to say that “Hamas wants the Gazans to suffer.” It would seem then that to consider economic development for Gaza while Hamas remains in power is to dream an impossible dream.

How can the cynically calculated intention to keep ones’ own people in squalor and degradation, to repress deliberately the standard of living in order to achieve political ends, be overcome?

A plan to do so can be built on two working assumptions. The first is that most ordinary Gazans want to escape poverty more than they want their rulers to fire rockets at Israel. The second is that if they had a way to alleviate their poverty by circumventing Hamas, they might then have something to lose by continuing to let Hamas do as it wishes. In such a situation, the people of Gaza would force the terrorist group to stop holding them hostage.

Proposals for economic development in Gaza—including new industry, a power station, a water-desalination plant—have tended to focus on the Strip itself, and would thus increase the power of the very people who have driven it to the brink of destruction. Hence, no such investments are in fact made; meanwhile foreign aid only ends up lining the pockets of the Hamas leadership, while ordinary Gazans, who have nothing to lose, continue to tolerate their own victimhood. Once Gazans have the opportunity to better their lives, they will not want to give it up. That may be wishful thinking, but it is not ungrounded in reality. Hizballah, unlike Hamas, does not launch rockets at Israel every few years, even though it can inflict far more damage, for one reason: the Lebanese people around them simply have too much to lose.

What’s necessary then is to identify engines of economic growth that are out of Hamas’s reach but within the grasp of ordinary Gazans. Practically, this means putting these growth engines on the periphery of the Strip and thus just outside the terrorists’ control—encircling Gaza with economic opportunity.

To the east of the Strip, on sovereign Israeli territory, three industrial zones could be built adjacent to the border. One will be to the south, near the Kerem Shalom junction, in an area under the municipal jurisdiction of the Eshkol regional council. The second, also in Eshkol, will be placed near the Kissufim junction, and the third, in the regional council of Sha’ar Hanegev, near Naḥal Oz. Each one of these sites provides between 1,700 to 2,000 dunams (420-495 acres) of agricultural land that can easily be converted into industrial parks, creating approximately 25,000 new jobs.

Adjacent to the Kissufim industrial zone, which lies opposite Gaza City, a waste-recycling plant can be built similar to Israel’s state-of-the-art plant in the center of the country. That facility, which converts refuse into fuel, processes 1,500 tons of waste per day, half of all the waste produced by greater Tel Aviv, which in turn contains almost half of Israel’s entire population. A plant with a similar capacity can cover nearly all of Gaza’s waste-treatment needs, as the entire Strip produces less than 2,000 tons per day. At such an installation, the recycling process separates hard and soft waste through the use of high-powered magnets and infrared sensors, while producing fertilizer for agricultural needs and significant amounts of energy that can be used for producing cement. The cement could be used to build modern apartment complexes and public spaces above ground rather than terror tunnels below it.

South of the Strip, Egypt should be encouraged to follow Israel’s example by building a similar industrial park near the Rafah border crossing. Understanding that it must counterbalance Iranian influence in the region, Egypt has lately been taking a more active role with regard to Gaza. It has clamped down on the terror network operating from within its own territory and has tried to exert a restraining influence on Hamas. It should now assist the people of Gaza directly with the creation of employment opportunities that the terrorist group cannot sabotage. Once these four industrial parks are in place, the already existing one near the Erez crossing at the northern tip of the Strip could be rebuilt and reopened, leaving the territory surrounded on three sides by engines of economic opportunity.

To the west of the Strip, an artificial island with a port could be built. Such a proposal was first laid out by Israel’s port company in 2018 on behalf of then-Intelligence Minister Israel Katz. Rather than a seaport on the Gaza coast itself, which would merely make it easy for Hamas to import arms, an artificial island with civilian infrastructure installations could be built 2.8 miles off the coast of Gaza on 1,300 acres of landfill. It could serve as a trade and transportation gateway connecting Gaza to the world—without posing a security risk to Israel or the region.

Israel would remain in full control of security in the sea around the island, as well as of inspection at the port. On the island itself an international policing force will be responsible for security and public order as well as for a checkpoint on the bridge connecting the island to the coast. Should the security need arise, the island could be disconnected from the Strip.

The artificial island will be internationally financed, built, owned, and operated. It will have cargo and passenger ports, state-of-the-art operating services, management facilities with high-tech logistical centers, a water-desalination plant to provide Gaza with fresh water, and electricity and gas installations. The power generated on the island can solve part of Gaza’s electricity problem, which, among other things, prevents the proper treatment of Gaza’s wastewater—not only endangering the health of Palestinians, but threatening to seep into Israeli and Egyptian water supplies. All told, the island initiative will have the potential to provide approximately 35,000 new employment opportunities.

If the initiative is successful, the island could be expanded to include an international airport. Like the seaport, it would be under full and unhindered Israeli security control. The synergy created by expanded production just to the east of Gaza and export facilities just to its west is a potential game-changer, pulling initiative and economic control from the same hands that fire missiles at Israelis and deprive Gazans of their livelihood.

In preparing its proposal for the artificial island, Israel’s port company engaged a team of economists to forecast Palestinian trade and economic growth for the next 30 years. They assessed four possible scenarios, three of which ranged from continued conflict and immiseration to a marginally improved status quo. For the fourth, which they dubbed “normal economic life,” they estimated a GDP at double-digit levels for the first ten years—with unemployment plummeting to less than 10 percent—and between 4- and 6-percent GDP growth for the subsequent twenty years.

This scenario is predicated on a high export rate, for which an easing of security restrictions is a prerequisite. The combination of dramatically increased production capacity through new industrial parks, together with a fully operational seaport for exports—both geographically outside the Strip and functionally outside the terrorists’ grasp—could make that possible.

Industrial production in the new parks should easily fall under the Qualifying Industrial Zone agreements with the United States, introduced by Congress in 1996 to stimulate economic cooperation between Israel and its Arab neighbors. According to the terms of these agreements, Washington will waive quota restrictions and tariffs on imports from Egypt, Jordan, and the Palestinian areas if at least 10.5 percent of their value comes from Israel. These parks should focus on producing pharmaceuticals, plastics, processed fruits and vegetables, textiles, and other materials for which the U.S. is now almost exclusively dependent of China.

There is one more initiative for serious consideration: microfinance through the use of mobile phones. In many places around the world, microfinance has helped small businesses to grow and raised the standard of living, including in the Palestinian territories. Studies show that the overly conservative credit policies that come from macroeconomic instability, like those implemented by regular banks in Gaza, prevent the demand for small loans from being met, leading to a huge gap between supply and demand for credit. As Hamas needs to be circumvented, so do the banks, which are hardly independent and not averse to wading in the murky finances of terror funding.

For-profit microfinance, provided by independent financial institutions outside the Strip and obtained directly through mobile phones, is the solution. Networks have the software and cybersecurity in place to handle such transactions and, due to the social cohesiveness of extended family ties in Gaza, individuals will refrain from defaulting on their loans because it will reflect badly on their group ties. With easy-to-secure micro-loans, small entrepreneurs—fishermen, seamstresses, repairmen, bakers—can expand their businesses by purchasing equipment or raw materials otherwise unavailable to them.

Finally, Oren is spot-on when he says that Israel must be clear about its aims in Gaza and “must state its intention to eliminate all of Hamas’s leadership, military and political alike.” If that goal is both voiced and implemented, Gaza could transform into an economic success story much faster. But a dynamic economic plan aggressively advanced complements that goal by placing economic growth and human development on the horizon of every Gazan.

Encircling the Strip with engines of economic growth, beyond the security fence and anti-terror barriers, could empower ordinary Gazans to eliminate their hostage takers by themselves. Then, instead of laboring in vain to destroy Israel, they could get on with life.

How to Boost Gaza's Economy without Boosting Hamas
1. Essay

What Can Be Done Politically to Weaken Hamas
4. Symposium

What Egypt Wants In Gaza
5. Symposium

The Status Quo in Gaza Is the Least-Bad Option
6. Symposium

Where We See Gaza in Ten Years
8. Symposium