The Price of Pluralism

Depending on circumstances, American Jews should be prepared to cede some religious-liberty protections in the name of pluralism and anti-discrimination. 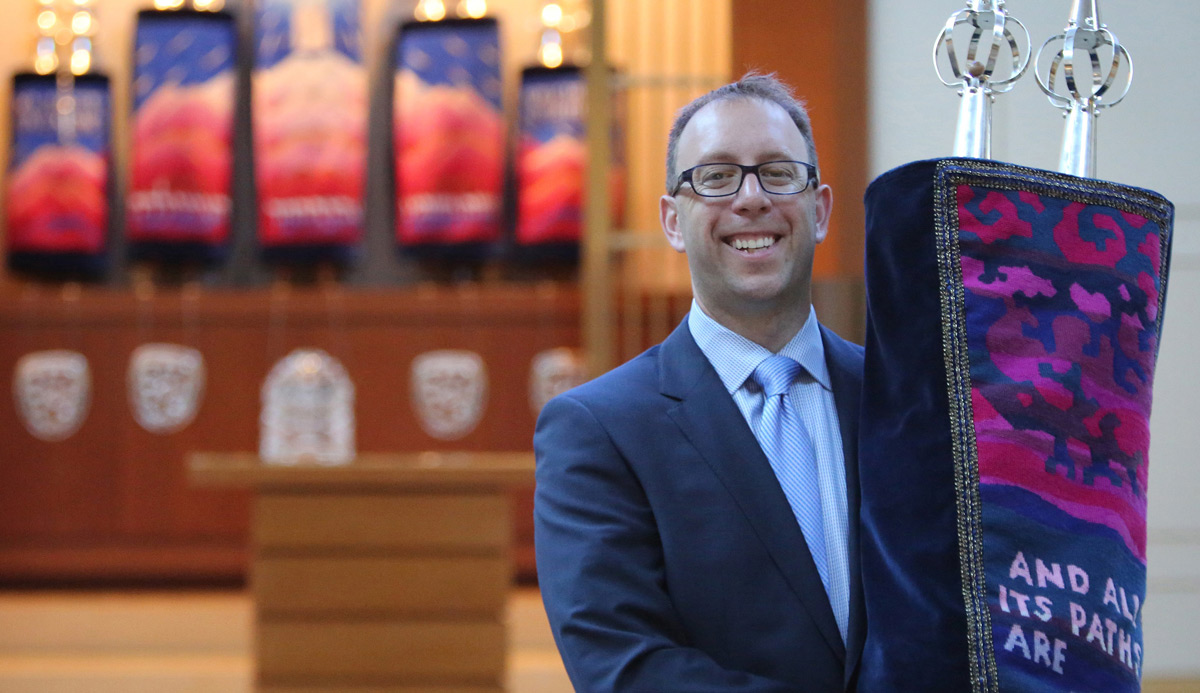 Response
Michael A. Helfand
About the author


Michael A. Helfand is an associate professor at Pepperdine University School of Law and associate director of Pepperdine’s Diane and Guilford Glazer Institute for Jewish Studies.

In “The Decline—and Fall?—of Religious Freedom in America,” Bruce Abramson argues that religious liberty in this country is under attack—and that, although the first targets have been Christian employers and business owners, it may be only a matter of time before the religious practices of American Jews, including ritual slaughter and circumcision, come under similarly hostile scrutiny.

There is a great deal to commend in Abramson’s essay. To be sure, criticism of religious liberty itself is not new; legal theorists and philosophers have long debated the degree of religious freedom appropriate for a liberal democracy. But perceptions have undeniably changed, and the scope of the contemporary critique does indeed feel new. For American Jews, responding to this critique may require an approach tailored to the Jewish community’s unique situation as America’s paradigmatic religious minority—an approach that could well differ in some respects from that taken by Christians.

As Abramson shows, today’s battle over religious liberty is taking place against the background of the 1993 Religious Freedom Restoration Act (RFRA) and versions of that act later adopted by over 20 states. The federal RFRA was a response to the Supreme Court’s 1990 decision in Employment Division v. Smith. At issue in that case was whether the First Amendment’s “free exercise” clause afforded an exemption from Oregon’s prevailing drug laws for a Native American ritual involving the ingestion of peyote. In ruling against the plaintiffs, the Court distinguished laws that directly target religion from those that simply and unintentionally burden it, ruling that only the former properly trigger a “free exercise” exemption. According to the Court, the only way to win an exception to a law of the latter kind, like Oregon’s drug laws, would be to lobby the state legislature.

Reaction to Smith was largely critical. Many scholars and politicians believed the decision conflicted with 40 years of Supreme Court precedent. And so, in 1993, Congress passed the federal RFRA, which ostensibly “restored” the standards of legal protection in place prior to Smith. States that have subsequently enacted their own versions of RFRA have followed the same basic outline: under RFRA, laws may not substantially burden religion unless they can be justified as the “least restrictive means” to achieve a “compelling government interest.” Or, put in more everyday language, laws may not significantly impose on religion unless doing so is the only way to achieve a very important objective.

For years, the passage of state RFRAs occasioned little notice or objection. But as we saw in the sweeping criticism provoked by Indiana’s recent passage of its own RFRA, this is no longer so. Abramson cites prominent CEO’s—from Apple’s Tim Cook to Salesforce’s Marc Benioff—as well as politicians who have joined the fray, and they are hardly alone. One need only point to the interviews and social-media updates of celebrity sports figures like Charles Barkley and Reggie Miller or entertainment superstars like Miley Cyrus and Ashton Kutcher, none of them previously known for speaking up on matters of state legislation, to get a sense of the intensity of negative opinion.

The reason Indiana’s RFRA became so toxic is that, by allowing businesses to choose whether to serve potential patrons on the basis of their sexual orientation, the statute was widely perceived as licensing “anti-gay discrimination.” Indeed, the fracas over Indiana’s RFRA arrived on the heels of highly publicized cases elsewhere in which a photographer, a florist, and a baker, having refused to serve at same-sex weddings, had been found liable under state anti-discrimination laws. Some lobbyists behind Indiana’s RFRA stated explicitly that it, by contrast, would protect business owners whose religious beliefs led them to decline service at such weddings.

And here we come to one big thing that has changed in the struggle over religious liberty. At its inception, RFRA was seen as filling a void created by the Supreme Court’s Smith decision by protecting minority faiths from majoritarian preferences. In the absence of such constitutional protections, it was felt, minority religions, given their small numbers, would be unlikely to succeed in persuading a legislature to grant an exception to a law that burdened their religion. Today, however, it is typically the members of much larger religious groups—most saliently, Christians—who are seeking exemptions. Moreover, they are seen to be doing so against minorities that are themselves in continuing need of legal protection of their own.

Before Indiana, a portent of this new dynamic was in evidence during the Supreme Court litigation over the so-called “contraception mandate”: the requirement, under the Affordable Care Act, that employers provide employees with health insurance that covers contraception. Scores of Christian companies filed suit to be exempted from this requirement, each arguing that it violated their religious teachings. In Burwell v. Hobby Lobby, the Court held in favor of these companies. This was a victory for religious freedom, but the case and the publicity surrounding it further entrenched the conviction that RFRAs were becoming the tool of majority groups against unprotected minorities or against, in this instance, women, who for some purposes are treated as a protected class in federal anti-discrimination law.

Fair or unfair, the new narrative poses an existential challenge to proponents of religious liberty. If the latter continues to be perceived as, in effect, a tool of oppressors rather than of the oppressed, then it will have a dim future indeed. Must we resign ourselves to this eventuality? Here, as it happens, I believe the American Jewish community has a pivotal role to play. As one of the most prominent religious minorities in the United States, American Jews can help resuscitate the fundamental link between religious liberty and minority rights.

First and foremost, the Jewish community can strengthen that link by continuing to highlight the importance of religious liberty, and of the RFRA, in protecting practices like ritual circumcision. Abramson cites the 2011 attempt to ban circumcision in San Francisco. Because that proposed ban did not specifically target religious practice—it applied to religious and secular circumcision alike—the First Amendment as interpreted by the Supreme Court in its Smith decision would have afforded only extremely limited protections to ritual circumcision—a pointed reminder of RFRA’s significance for minority religious groups.

At the same time, however, the American Jewish community has a deep interest, prudential as well as philosophical, in embracing other minority-rights causes that more broadly enhance freedom and equality for all in American society. Importantly, as part of its commitment to pluralism, it should support laws that protect women’s health as well as laws that protect the LGBT community from discrimination. And in so doing, it should be explicit that values deriving from the primary principles of pluralism—like anti-discrimination—can, at times, take precedence over the Jewish interest in religious-liberty protections.

How far should Jews go toward ensuring the survival and success of American pluralism? It is not farfetched to imagine, for example, a court holding one day that laws protecting the LGBT community against discrimination in employment and in the marketplace form a “compelling government interest” that trumps the substantial burdens placed by those same laws on religious liberty. In such a circumstance, should representatives of the organized Jewish community support this override of the collective Jewish interest in religious-liberty protections? In my view, while much depends on circumstances, the case for such support is strong. Although in the short term it can appear to run counter to the Jewish interest in religious liberty, the larger issue at stake is the flourishing of American pluralism itself, a societal understanding that has done so much to allow and encourage the prospering of the Jewish minority in the United States.

Just to be clear, in emphasizing the centrality of the minority experience in America I hardly mean to imply that religious-liberty protections should be withheld from larger and better-established religions. As both a constitutional and a moral matter, religions merit protection regardless of the size of their membership. Still, it is a mistake to obscure the role played by religious liberty in protecting specifically minority religions and other groups that lack the numbers to press successfully for legislative protection.

In this light, indeed, some of the more recent legal skirmishes that have placed the LGBT community in conflict with religious liberty might come to be seen as peripheral to the larger enterprise. In that larger enterprise, a core attachment to religious liberty must combine an emphasis on the cardinal importance of protecting all minorities with a willingness, when necessary, to cede ground to other minority-group interests even at the expense of that core attachment.

Admittedly, were the Jewish community to adopt this perspective, it might find itself, on occasion, at odds with some—though surely not all—Christian groups. But that, too, is the price of pluralism: nuanced approaches to key public issues, including religious liberty, naturally and necessarily differ. My point is simply this: an approach that at present might seem to offer wider protection to Jewish religious practice may over the longer haul threaten the consensus that has long undergirded American society’s unstinting embrace of religious liberty itself.

The Price of Pluralism
1. Essay

In the Crosshairs of the Assault on Religious Liberty
3. Response

How Great is the Threat to Religious Freedom, Really?
5. Response