Unless they feel personally welcome, non-traditional Jews won’t care to own anything at all of the tradition. 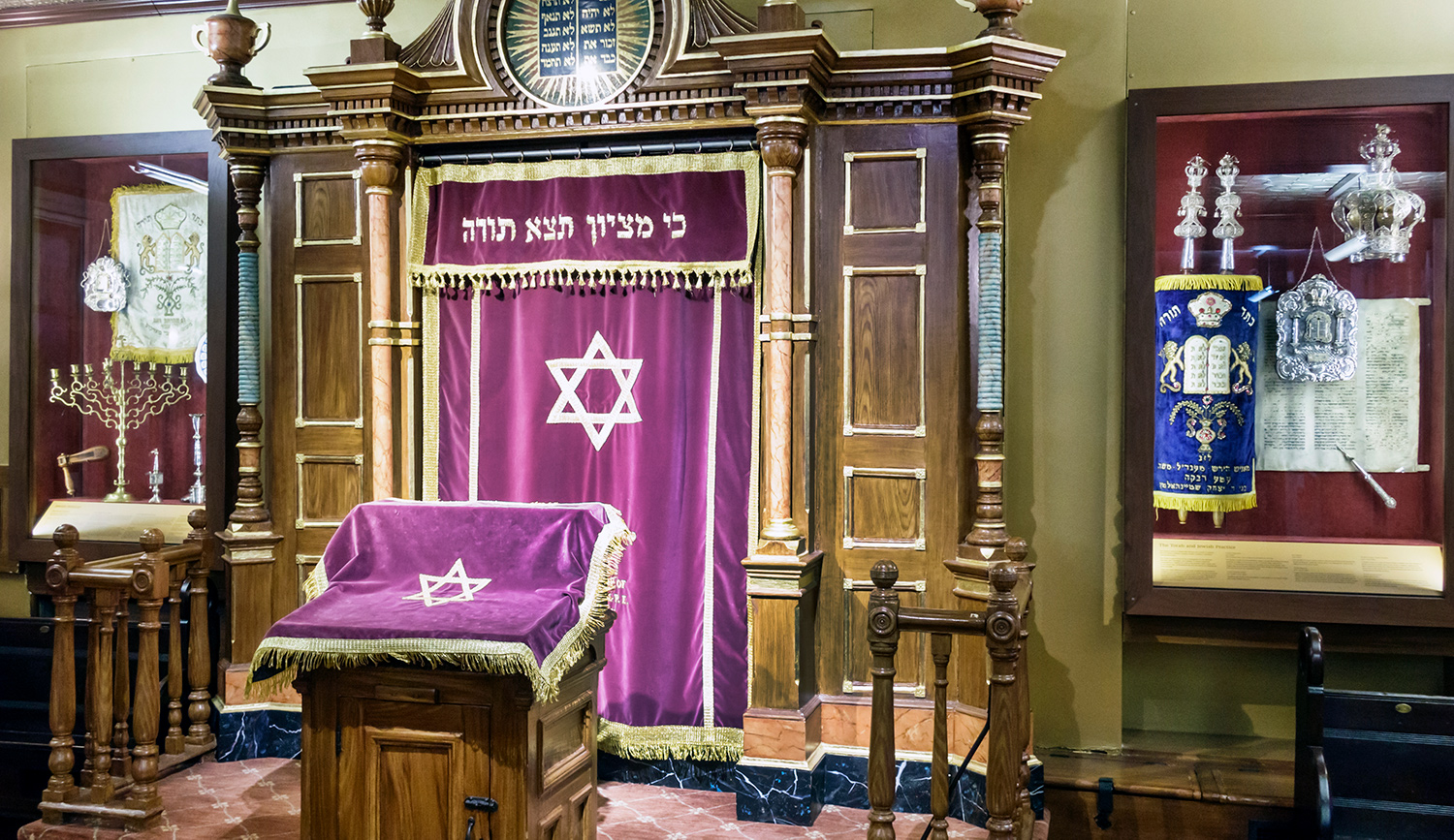 Response
Lawrence A. Hoffman
About the author


Rabbi Lawrence A. Hoffman is the Barbara and Stephen Friedman professor of liturgy, worship, and ritual at Hebrew Union College in New York, and a co-founder of Synagogue 2000. His latest book, The Closing of the Gates: N’ilah, the eighth and final volume in a series of books on the High Holy Day liturgy, was just published by Jewish Lights/Turner Publications.

In 1933, the great economist John Maynard Keynes looked out on the world and decried “the magic spell of immobility” that had gripped U.S. President Herbert Hoover. “Great issues deserve his attention,” Keynes pleaded. Hoover was not incompetent; in the devastation following World War I, for example, he had successfully organized European food relief. But in Keynes’s estimation he had misdiagnosed the Great Depression and, by failing to invest sufficiently in rescuing the economy, allowed the U.S. to go into a tailspin.

Substitute failing spiritual institutions (synagogues) for failing financial institutions (banks), and Keynes’s analysis becomes chillingly relevant to today’s American Jewry. For decades, synagogues have been under attack not only from changing demographics but from federations and funders that have not only failed to invest in them but compounded the calamity by deprecating them further—often, one suspects, because of the vastness of the real problem that they little understand and about which they personally do not care very much to start with.

In contrast to such destructive and often uninformed critics from without, Jack Wertheimer is a constructive and always deeply informed critic from within. He is also, as his essay in Mosaic, “The New High Holy Days,” once again demonstrates, unfailingly thoughtful and honest; it is an honor to engage him here.

Wertheimer’s focus is on the High Holy Day worship services that American Jews still stubbornly and enigmatically attend even while reportedly finding them to be excruciatingly long and boring to the point of stultification. A few years back, I sent one of my Christian liturgical friends, a professor of worship at a Christian seminary, to Yom Kippur services at a major New York synagogue. Her report: “In all my years of visiting worship of all sorts and all faiths, I have never seen anything as bad as that.”

From this, one might conclude that the critics of American synagogue life are right to pronounce a preemptive kaddish on it. One might, that is, except for Wertheimer’s account of how synagogues have, in fact, been reinventing High Holy Day worship and making it not just relevant but spiritually meaningful. He is exactly on target. Synagogues do indeed suffer from a reputation, at their worst, for being “hopelessly fixed in their ways, oblivious of broader cultural trends, and indifferent to their congregants’ experience.” But, as Wertheimer documents at convincing length, many of them are thoughtfully doing whatever they can to refute this charge.

They are doing it on their own, however, and against great odds. “Big givers,” Wertheimer writes, “have established national organizations to strengthen Jewish day schools, residential summer camps, social-justice efforts, and Jewish campus activities”—but “synagogues are left to their own devices.” He might have added that, as a consequence, synagogues have been reduced to eking out their existence in relative penury. Their members are doubly taxed, expected to give to federations and to Israel, both of which also receive heavy subsidies from others, but left to support their synagogues on their own. True, non-members buy High Holy Day tickets (and grouse about it), but the revenue covers virtually nothing of the synagogue budget.

Synagogues are like banks to the economy, or public schools to democracy. Even those who do not attend them benefit indirectly from them and expect them to be there when they need them. For their part, rabbis feel the need to care about and speak up for all Jews, not just their members. How are they to do this when today’s synagogues are the most under-resourced, under-budgeted, and understaffed Jewish institutions in the United States? Rabbis can barely find time to imagine, much less carry out, the visions of which they are capable.

And so, abandoned by most communal sources of funds and by most philanthropists, synagogues are seeking to retain, inspire, and grow their membership, perhaps most conspicuously by revamping High Holy Day worship for our time. Restricting himself to the non-Orthodox groups that make up the majority of American Jews, Wertheimer properly surveys and assesses these many efforts, which run the gamut from modernizing (and abbreviating) the days’ liturgy to reconceiving their theology—while also enlivening the actual experience of congregants by means of innovative music, participatory exercises, and pageantry. The goal, as one rabbi told Wertheimer, is thereby to “help them connect to some aspect of their Jewishness.”

A faithful reporter, Wertheimer at the same time remains wary of what these reforms add up to—and here he and I begin to part ways. I share his concern for some of the examples he adduces, which are indeed (as he says) “gimmicks,” defined, my dictionary says, as “tricks or devices to increase appeal, but without inherent merit.” But most of them are not; and anyway, experimenting with novel readings, music, and practice, with attention paid to outside cultural expectations, has ample Jewish precedent.

In the 10th century, for example, Saadiah Gaon composed a paraphrase of the Amidah—the central, silent prayer of every Jewish service—evidently with the aim of offering a philosophically respectable version for private use. Two centuries later, Maimonides wanted people to take off their shoes before entering the synagogue, the way neighboring Muslims did before entering their mosques; he even advocated eliminating the “silent” recitation of the Amidah by individual worshipers because the cacophony with which they said it was embarrassing. Our usual melodies of the “traditional” grace after meals are largely reminiscent of several popular Polish mazurkas. And so forth.

What worries Wertheimer, however, is the big picture: the erosion of liturgical literacy as novelty replaces “a tested, millennia-long tradition.” He has a point: some members of the Conservative movement’s cantorial association have taken to wearing buttons inscribed “Hazzanosaurus.” But cantorial art need not disappear just because other music finds its rightful place.

I differ most when Wertheimer faults the “vague and faddish nostrums” of “hospitality, diversity, spirituality, creativity, non-judgmentalism, tikkun olam, [and] personalized religion.” Will hospitality, spirituality, and personal religion prove as lasting as the interminable (and practically incomprehensible) synagogue poetry for the holidays and the lengthy Yom Kippur recapitulation of the High Priest performing the Temple sacrifices of old? I do not know, but are they more important, both now and always? They certainly are. In particular, although spirituality, tikkun olam, and personalized religion can indeed become meaningless nods to fad and fashion, they can also direct proper attention to the frayed edges and rotten core of our private and social selves: exactly what the High Holy Days demand.

Worship is an art form, and art aficionados always bemoan the loss of interest in the classics that make up “tradition.” But the word “tradition” comes from the Latin tradere, “to deliver or hand over,” as, originally, in real estate. “Tradition” exists only if the recipient successfully owns it. No one will care to own anything of Jewish tradition if they do not feel hospitably welcomed by synagogues that offer it, and all the less so if the “it” being offered is a-spiritual, uncreative, judgmental, and impersonal.

I, too, wish the great prayers, about which I teach and write, would attract thousands like myself. But let’s not overromanticize things. For most of history, the “elite” that loved everything traditional was smaller in size than we imagine. Most women were marginal to it, and so were men who hadn’t achieved the degree of learning we tout as ideal. In large part, the old world we left behind is not just long gone but fortunately so.

I do think, with Wertheimer, that synagogues need to do more. High Holy Day innovations do not run deep enough. Too many are poorly thought out, and almost all become seasonal anomalies, unaccompanied by lasting spiritual change in the culture that determines a synagogue’s day-to-day existence. Religion is the attempt to speak in a register that does justice to the human condition. Judaism does that very well; synagogues all too frequently do not.

But there lies the underlying problem to which I alluded at the beginning: not the loss of tradition per se but the need to make synagogues matter as moral and spiritual centers for the 21st century—and to give them all the support they require if they are to succeed in that endeavor.

Despite our differences, Jack Wertheimer and I are fellow travelers who are moved alike by a passion for a Judaism that is thick with spiritual substance and import. He and I might invest in synagogues differently, but we share the Keynesian conviction that a failure to invest at all will inevitably spell doom for any grand vision we have of American Judaism’s future.

The Price of Modernizing the High Holy Days
5. Last Word