Why the Word "Amen" Has Changed So Little in Its 2,500-Year History

Its meaning in the Bible is “Truly said!” or “So be it!” After that it acquired its intense liturgical emotion, and then hasn’t changed much since. 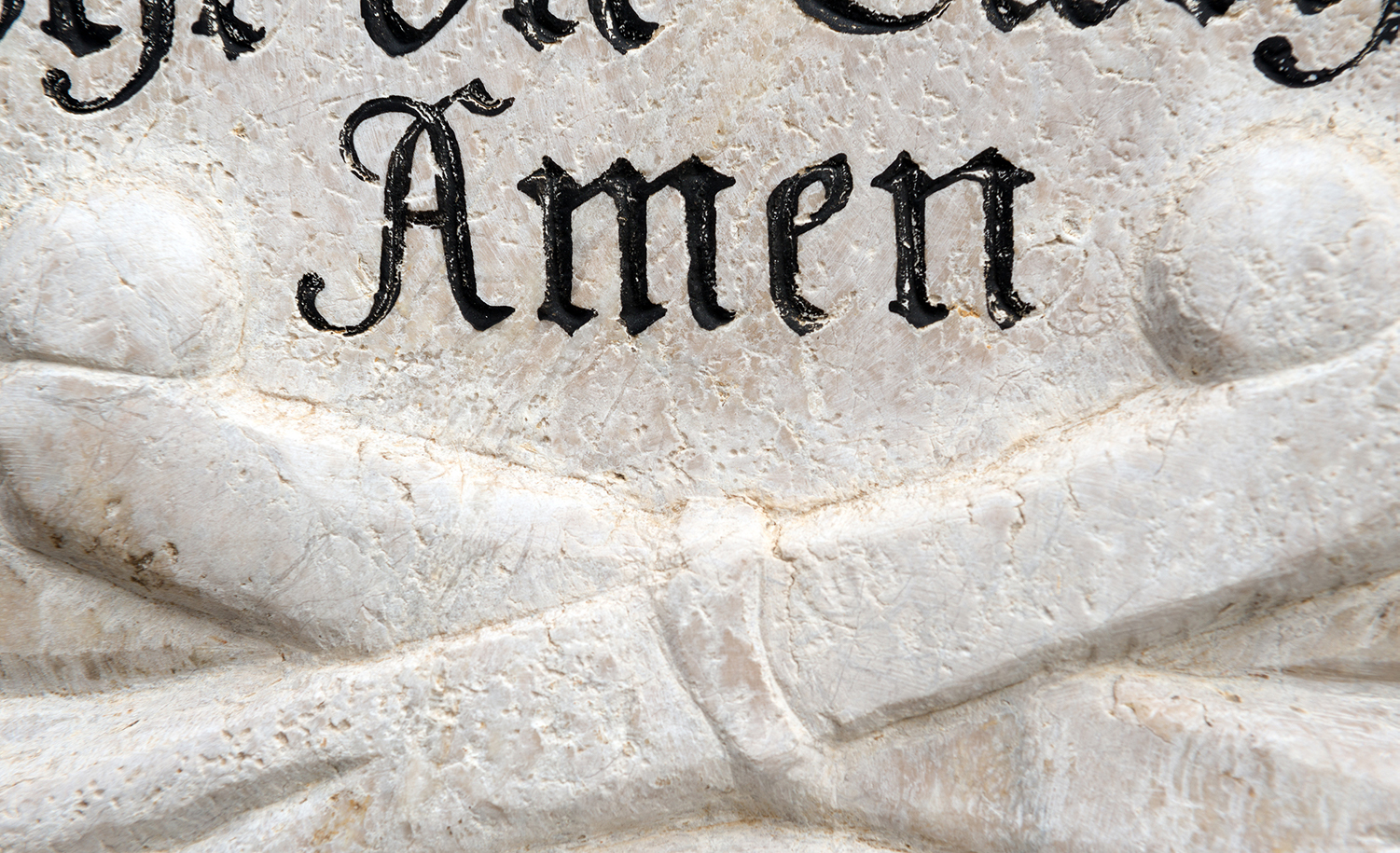 When I first noticed a newspaper item about Congressman Emanuel Cleaver of Missouri concluding a prayer in the House of Representatives with “Amen and a woman,” I thought he had missed a chance to make a better joke by giving the first vowel of amen the “ah”-sound it has in most languages, including the Hebrew from which it derives, and saying, “Ah-men! Ah, women!” It turns out, though, as linguist John McWhorter has observed in a January 5 tweet, that the formula is an old southern black preacher’s comic way of ending a sermon and not the congressman’s invention.

Apart from its initial vowel, which is “ay” in American English and “oo” in some varieties of Yiddish, amen is a word, used in their prayers by several million Jews and billions of Christians, that has changed remarkably little in either sense or sound in its over-2,500-year history. Coming from the Hebrew root alef-men-nun, which yields the biblical noun emunah, “faith,” the biblical verb ha’amen, “believe,” and the biblical adjective ne’eman, “faithful” or “truthful” (all words still common in Israeli Hebrew), its meaning in the Bible, depending on whether it refers to something just uttered or to a future event, is “Truly said!” or “So be it!” Often it can mean both, as in the list of imprecations in Chapter 27 of Deuteronomy, where we have verses like “Cursed be the man who makes any graven or molten image, . . . and all the people said, ‘Amen.’”

Deuteronomy 27 describes a ceremony in which the Israelites affirmed their formal acceptance of the fate awaiting flouters of the Law, and amen was a word used largely in ceremonial contexts already in biblical times, as when we are told by the book of Ezra, “And Ezra blessed the Lord, the great God, and the people answered ‘Amen, Amen,’ with upraised arms and bowed and prostrated themselves.” There are many similar amens in the Bible. In the first book of Chronicles, to cite one, we find a lengthy description of a celebration held by King David upon returning the Ark to Jerusalem, at the end of which, after a psalm of thanksgiving sung to the accompaniment of musicians, “All the people said ‘amen.’”

Yet amen only acquired a regular liturgical status in Judaism in the synagogue after the destruction of the Second Temple in 70 CE. We know this from the tractate of Ta’anit in the Gemara, which treats of public fasts called to implore God’s aid in times of emergency. Special prayers were inserted into the customary service on such days, of one of which Ta’anit says: “When the synagogue cantor recites . . . the ‘Blessed Be the Redeemer of Israel’ [go’el yisra’el] prayer, all say amen. . . . But this was not done in the Temple, because amen was not said there. . . . What was said [after the go’el yisra’el prayer] in the Temple? ‘Blessed be the name of His glorious kingdom, for all time and forever.’” A mere amen, apparently, was thought too perfunctory a response for the Temple’s grandeur.

The composition of the Gemara dates roughly to the years 250-500 CE. For contemporary evidence of amen’s use in the years immediately before and after the Temple’s destruction, we have to turn to Christian sources. In the Greek New Testament, amen is plentiful. Jesus concludes his “Lord’s prayer,” which begins “Our Father who art in Heaven, blessed be Thy name” (Hebrew-Aramaic avinu sheba-shamayim, b’rikh shmekh), with “For Thine is the kingdom, and the power, and the glory forever, amen”; he also uses amen as an adverb in a way not found in Jewish sources. All his many For-verily-I-say-unto-you’s in the King James Version of the Gospels are Amen lego humin (using the plural form for “you”) or Amen lego soi (using the singular form) in the Greek text—that is, “Amen do I say unto you.” Although presumably this reflects a vernacular usage common in the Palestinian Aramaic of his time, we know of it from nowhere else. So strongly was the word associated with Jesus, indeed, that in the book of Revelations he is even called “the Amen” (ho amen) or “the Truth.”

In the early Christian churches, amen was also used profusely, not just after set prayers but after spontaneous ones as well. In his Epistle to the Corinthians, Paul, cautioning against the practice of unintelligibly “speaking in tongues” when moved by the Spirit, asks, “How can anyone say amen to your thanksgiving if he does not know what you are saying?” And in the Didache or “Teaching of the Twelve Apostles,” a Greek text dating to about 100 CE and containing the earliest records of an actual Christian service, we find the prayer:

May grace come and may this world pass away. Hosanna [Hebrew hosha–na, “Save Thou us”] to the God of David! If any man is holy, let him come; if any is not, let him repent. Maranatha. Amen.

Maranatha is Aramaic maran ata, “Our Lord, come!” The intense Jewish atmosphere suffusing this prayer points to a Jewish-Christian congregation whose members had not yet renounced Judaism as Christianity was to do; the fact that amen was preserved in its Hebrew form in all the many Christian churches and denominations that emerged in later ages indicates how steeped the word was in emotions that no translation was felt able to convey. Christians could, after all, have said “So be it” or “Truly said” in whatever languages they spoke. That they didn’t tells us what evocative power amen has for us to this day.

Why the Word "Amen" Has Changed So Little in Its 2,500-Year History