Do These Similar-Sounding and Similar-Meaning Hebrew Slang Words Come from the Same Place? 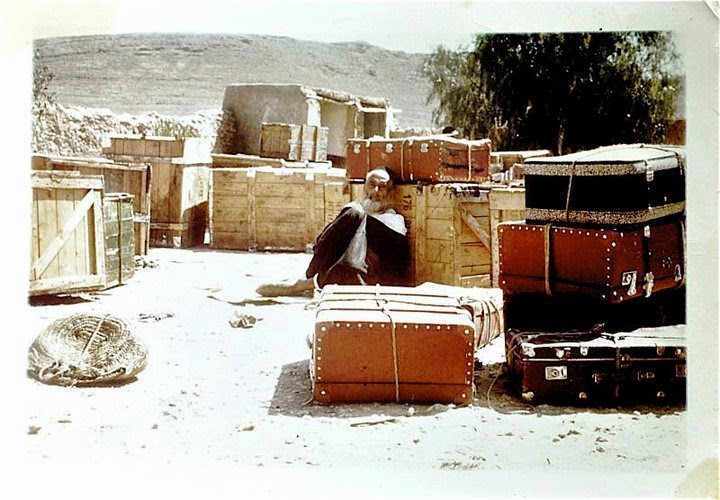 Two young Israeli sociologists, Moti Gigi of the Sapir Academic College and Guy Shani of Tel Aviv University, have asked for my input on the similar-sounding Hebrew slang words shlukh and shlokh. These words are curious because, while having somewhat similar meanings, they are used by different populations and have different connotations in the speech of each.

Shlukh, commonly spelled with a ḥet as its final consonant, is largely confined to Israelis of Moroccan or North African descent and is a derogatory term for a lower-class, coarse-mannered, and mentally simple person. Contrastingly, shlokh is a word used mostly by Israelis of Ashkenazi background. Spelled with a khaf and denoting someone of neglected or unkempt appearance, it is not always negative. Used neutrally or positively, it can refer to an individual who simply does not care enough about outward details to bother with them.

The shlukh/shlokh distinction, Shani and Gigi point out, reveals contrasting sets of social values. The first word occurs in the speech of a population that has had to fight hard and not always successfully for middle-class status in Israel; uncouthly lower-class co-ethnics are upsetting or threatening to it. Interestingly, Shani has told me, shlukh is used by such Israelis only when referring to others with ancestry like their own, and is not applied by them to lower-class Ashkenazim; it is a bit analogous, he says, to the way “white trash” was used in the American South for lower-class Southerners but never for lower-class Northerners.

As for shlokh, it is used mainly in an economically better-off Ashkenazi society in which middle-class status is more taken for granted; there it represents a revolt against, or an indifference to, middle-class standards of propriety—a revolt that for some speakers, especially younger ones, can be attractive.

And so the two sociologists’ question to me is this: are we dealing with a single word of common origin that has bifurcated or with two different words that originated separately?

The history of shlukh is clear if complicated. The word comes from North Africa, where the Berber dialect known in Arabic as Chelha (to use the accepted colonial French spelling), and in Berber as Tachelhit, is spoken by several million inhabitants of southern Morocco. A speaker of Chelha was known as a Chellaha or a Chleuh, and eventually, chleuh became an often derogatory word used by the Arabic-speaking majority in Morocco to denote all Berbers, irrespective of which dialect they spoke. The word was also invoked by citified Berbers who had migrated to Morocco’s urban centers in referring to their rural counterparts.

When hundreds of thousands of Moroccan Jews immigrated to Israel after the establishment of the Jewish state, they took the word with them. In Israel it designated not rural Berbers but Jews from the Atlas Mountains and other outlying areas who on the whole did less well in their new home than the more Frenchified Jews of cities like Rabat and Casablanca. Subsequently, it extended its meaning to any lower-class North African Jew, and by implication, to any lower-class Mizraḥi or “Easterner,” as Jews or the descendants of Jews from Arabic-speaking countries are called in Israel.

Shlukh, like shlokh, has also spun off adjectives and nouns, such as shlukhi, “shlukhlike,” and shlukhiyut, “shlukhness.” A few years ago, it even made it into the headlines. At the bar-mitzvah of a Moroccan family at which he had been hired to perform, the popular Israeli singer Kobi Peretz, himself the son of Moroccan immigrants, was heard saying over the microphone “What shlukhim!,” and was sued by the bar-mitzvah boy’s parents for publicly insulting them. In his defense, Peretz denied having done so. Rather, he claimed, he had said shlufim, a word meaning “beautiful people” that he and his friends had invented. Fortunately for him, the case was settled out of court (which did not prevent him from going to jail several years later for income-tax evasion).

Chleuh traveled not only to Israel; it also reached France. Its French trajectory began during World War I, when, following the transfer to the European front of the French troops garrisoning Morocco, a “territorial guard” of French colons and older men from metropolitan France was mobilized to take their place. Since most of the latter were lower-class, came from the south of France, and spoke unintelligible dialects like Provençal, they jokingly came to be called, dropping the guttural final consonant, chleus. By the early 1930s the word had arrived in France proper, where it was largely used for speakers of Alsatian, the German dialect spoken in Alsace. From there chleu morphed into a pejorative word for a German, much like boche or fritz, and as such enjoyed widespread currency during World War II. It was so connected in the French mind with Germans that it was sometimes even given the German spelling of schleu.

Does this also explain the origins of shlokh? It could if one assumed that shlukh, after arriving in Israel from Morocco, was adopted by Ashkenazi Jews who changed its vowel sound and connotative significance. Such an explanation, however, has to compete with the alternative one that shlokh comes from Yiddish shlyokh, a slovenly woman or slattern. (The Yiddish word derives in turn from Russian shlyukha, a prostitute or tart.) This is the etymology given for it by Ruvik Rosenthal, the doyen of Israeli slang, in his 2005 Milon ha-Slang ha-Mekif or “Comprehensive Slang Dictionary,” and is the accepted one. Oddly, Rosenthal has no entry for shlukh at all.

Of course, it is also possible that the truth lies in-between, and that shlokh, while deriving from shlyokh, has been influenced by shlukh. In general, it is a mistake to think that Israel’s Mizraḥi and Ashkenazi populations live in neatly separate worlds. Although this may have been the case a half-century ago, it has long ceased to be so, due both to Mizraḥi upward mobility, which has led to large numbers of Mizraḥim sharing workplaces and residential areas with Ashkenazim, and to a growing rate of intermarriage between the two groups. The last major statistical study of that rate, done in 2006 and based on 1995 census figures, showed that already then a quarter of all Jewish children in Israel were being born to such marriages—and the percentage has undoubtedly risen steadily since then.

The Israeli melting pot has a higher flame under it than is acknowledged by stereotypical notions of unchanging Ashkenazi hegemony over a Mizraḥi underclass. In the long run, there are likely to be more shlokhim in Israel than shlukhim.

Do These Similar-Sounding and Similar-Meaning Hebrew Slang Words Come from the Same Place?