Why Are There So Many Jewish Museums?

From Maine to Florida and beyond, the Jewish museum is a nationwide (and worldwide) phenomenon. Why do Jews keep building them? 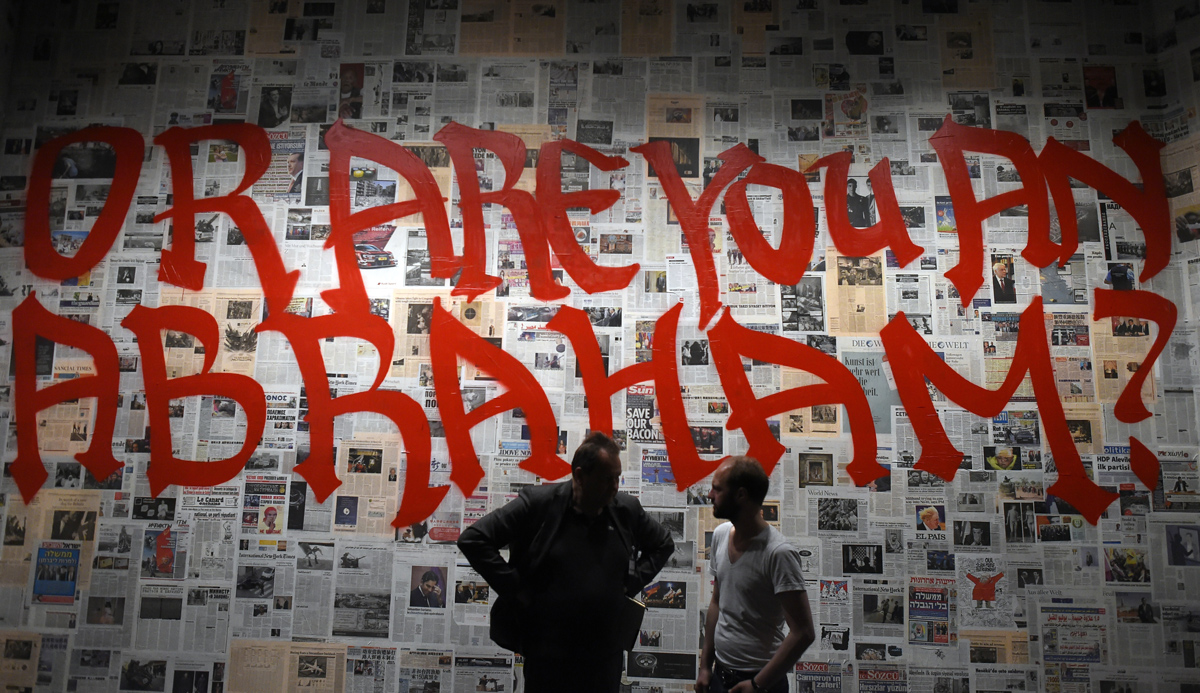 
Diana Muir Appelbaum, a writer and historian, is at work on a book about nationhood and democracy. Her museum reviews have appeared in the Claremont Review, the New Rambler, and elsewhere.

What is the point of building so many Jewish museums? There are more of them in the world than you might think: hundreds, possibly more than a thousand even if we don’t count the ones in Israel. The real question is why Jews build so many when so few people visit them. This is not a question that Edward Rothstein addresses in his sweeping and persuasive examination of “The Problem with Jewish Museums,” but it’s one that began to intrigue me as I had the opportunity to visit scores of such museums.

To be sure, there are Jewish museums like the Anne Frank House in Amsterdam and Washington’s Holocaust Memorial Museum, both dealt with by Rothstein, where tourists must wait in line to enter. But even at major institutions like the Musée d’art et d’histoire du Judaïsme in Paris, or for that matter Philadelphia’s National Museum of American Jewish History, you are likely to find yourself alone in the galleries. Visit the Saint John Jewish Historical Museum in New Brunswick, or the Jewish Museum of Włodawa in eastern Poland, and I guarantee solitude.

You have probably never heard of the Jewish Museum of Maine. It was created to save an old synagogue in Portland from crumbling into disrepair, which may be the most common reason for founding a Jewish museum. The lovingly restored building, “one of the oldest remaining European-style synagogues in continuous use in Maine,” continues to house prayer services, to host communal events, and to welcome visitors to rotating art exhibitions on the main floor as well as to a surprisingly poignant exhibition about the history of Jews in Maine in the upstairs gallery.

And then there are the many local Holocaust museums around the country. The Florida Holocaust Museum in St. Petersburg, on Florida’s less Jewish west coast, is a large, highly professional institution created by two people who escaped the Shoah, met, married, built a successful life in America, and founded this museum to “prevent future genocides” by “teaching the members of all races and cultures the inherent worth and dignity of human life.” Similarly, on Florida’s more Jewish southeast coast, a Holocaust museum scheduled to open in Hollywood this summer intends to “illuminate the catastrophic ramifications of prejudice, racism, stereotyping, and bullying.”

The apparent inability (or unwillingness) of Holocaust museums to address the uniqueness of anti-Semitism, which Rothstein analyzes so well, is a problem. And it is not the only problem. If it is legitimate to ask what motivates Jews to build so many museums, it is sometimes also necessary to ask what makes a museum Jewish. New York’s Jewish Museum traces its collection to a small trove of Judaica given to the Jewish Theological Seminary by Judge Mayer Sulzberger in 1904; four decades later, the collection moved to the Warburg mansion on Fifth Avenue when that family gave their building as a permanent home for a Jewish museum. Today the museum maintains two top-notch gift shops filled with Judaica, and Jewish exhibits on the upper floors, but finding the Jewish connection in the art exhibitions that usually fill the museum’s main galleries is like a game of Where’s Waldo?, with the clue usually being that at least one of the artists is of Jewish descent.

A similar situation exists with the art displayed at the Contemporary Jewish Museum in San Francisco, housed in an old power station dramatically renovated by Daniel Libeskind. Still, to me the real conundrum is how that museum’s sponsors, many of whom descend from families that made their fortunes in the Gold Rush and were founding members of San Francisco’s historic Reform congregations, have retained Jewish affiliations strong enough to make them want to build such a museum in the first place. Like other San Francisco families whose ancestors struck it rich in the Gold Rush, these Jewish scions of American wealth support a wide range of cultural institutions, and are educated and live just as do their non-Jewish peers. The museum they built needs explaining because I know of no effort to build a $47.5 million Contemporary Irish Museum in downtown San Francisco and fill it with works by artists of Irish ancestry.

And that brings me back to my theme. The mere fact that so many of these institutions exist, of all kinds and stripes, is surely an indication of something, some enduring particle of sentiment, if not of identity, that is peculiar to American Jews. After all, a national Irish American museum has been proposed but not built. The Armenian Genocide Museum of America got as far as a contract to purchase a handsome old building near the White House, but the committee had to relinquish the project for lack of funds. Jewish museums, by contrast, outnumber those built by any other American identity group, with the probable exception of African-American museums.

It seems to me that at work in all of these cases, but especially in the case of the smaller but far more numerous museums, is some deeply felt need to commemorate a way of life that the founders regard as irretrievably lost. Because almost all of them are built and supported by communities, rather than individuals, they are also constrained by the need to tell a consensus story. A story of Jews in America that ended with photos of two men being married under a ḥuppah by a female rabbi—or, contrarily, with images of smiling sons and daughters joyfully embarking on aliyah—would elicit objection from one quarter or another. By the same token, exhibits undertaking a truly serious exploration of the past, present, or future risk opening communal fissures that have to be ignored in assembling the funds that will turn an old, immigrant shul into the Jewish Museum of Maryland or the Jewish History Museum of Tucson, Arizona.

Curiously enough, however, the narrow focus of such small Jewish museums—the particularism of the Jewish Refugees Museum in Shanghai, of the Kehila Kedosha Janina Museum on New York’s Lower East Side, or of the National Museum of American Jewish Military History in Washington, DC—gives them a power that the panoramic American Museum of Jewish History in Philadelphia utterly lacks (as Rothstein acidly points out). In spite of that narrow focus, or rather because of it, small Jewish museums are endlessly fascinating; they touch the heart because they express the determination of a small number of Jews to preserve and celebrate a community, or an aspect of Jewish life, where more often than not there is little such life at present. And the stories they tell, after all, are of a time when Jewishness had palpable content.

This is not to say that America today is without Jewish schools and synagogues that are crowded to bursting, with vigorous building campaigns under way. Notwithstanding the decline in the overall numbers of American Jews, and the well documented disaffiliation of many of those remaining, significant communities not only expect to have a Jewish future, they are actively giving birth to one. But here again, in most Jewish museums you will find little hint of that vibrant story and little to explain why anyone might choose to stay actively Jewish. At the annual fundraiser of a major Jewish museum that I recently attended, the sense that Judaism is a cherished past—but entirely a thing of that past—overwhelmed the program and award presentations. To invoke a shorthand phrase I’ve hitherto used only within my family, I felt that I was in a ballroom of Jews without grandchildren: without, that is, much expectation of having grandchildren who will know what it is to celebrate Shabbat or even Hanukkah.

So I return to the puzzle I cannot solve: why? What makes Jews who live successful, secular, and Americanized lives build Jewish museums? Why is the pull of commitment so tenacious even after Jewish content has evaporated? Is it guilt over failure to pass down to our own children some inkling of the tradition that was entrusted to us? A peculiarly Jewish need to record and memorialize a past that truly has vanished, even though some of the values of that bygone era continue into the present and future? An abiding sense of obligation not only to remember the six million but to make their existence and their fate meaningful?

I’m still not sure, but I intend to keep visiting Jewish museums until I figure it out.

Why Are There So Many Jewish Museums?
1. Essay

The Problem with Jewish Museums
3. Response

Holocaust Museums and the Itch to Universalize
4. Response

What a 21st-Century Jewish Museum Should Look Like
5. Last Word