Holocaust Museums and the Itch to Universalize

Why are so many Jews convinced that Jewish history, and Jewish pain, exist only to serve the needs of others? 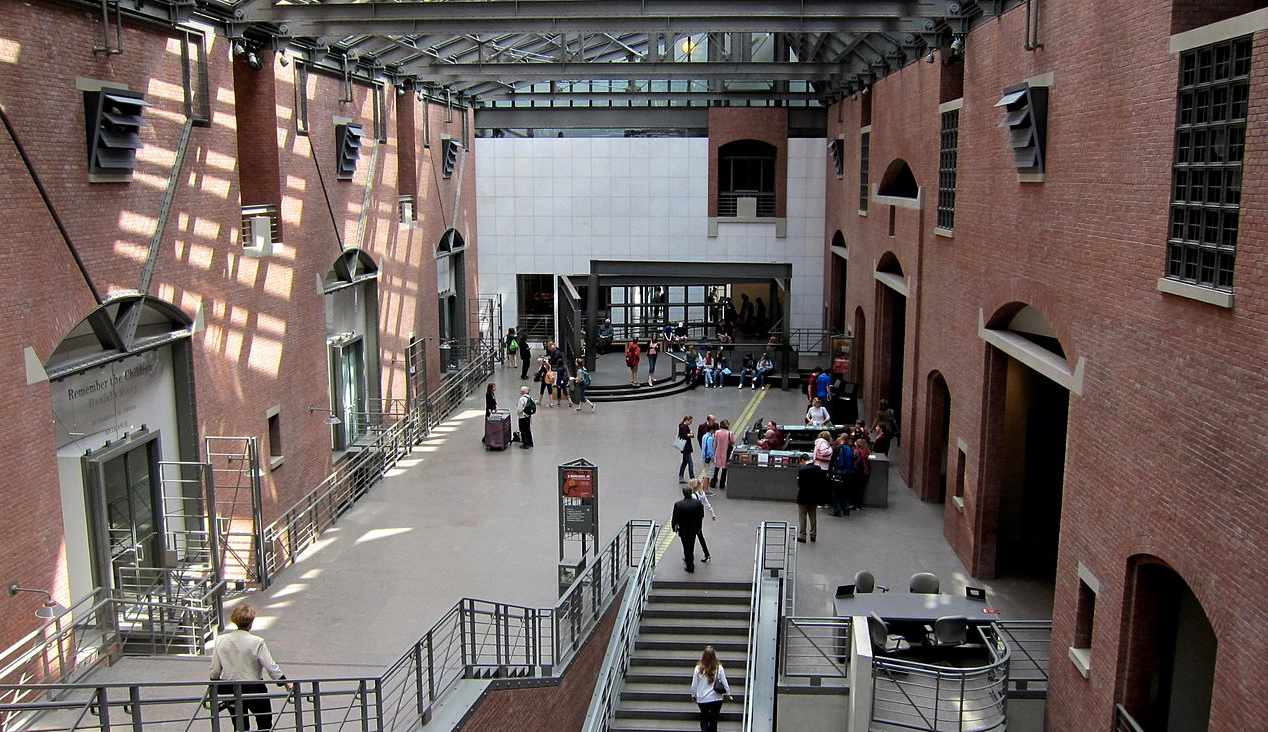 Response
Walter Reich
About the author


Walter Reich is Yitzhak Rabin Memorial professor of international affairs, ethics, and human behavior at George Washington University and a senior scholar at the Woodrow Wilson Center. He was the director of the United States Holocaust Memorial Museum from 1995 to 1998.

Edward Rothstein’s “The Problem with Jewish Museums,” is one of the finest pieces of writing I know not only about Jewish museums but also about “identity museums” of all kinds. With concision and clarity he analyzes the development, the evolving character, and the preoccupations of these Jewish institutions. In so doing, he brings into stark relief the psychological needs and insecurities among many Jews that make nearly all museums focused on Jewish themes, including Holocaust museums, different from those devoted to the histories and experiences of other groups, especially in countries to which they’ve immigrated, and most especially in America.

For accomplishing all this, Rothstein won’t make many friends in academia or the museum world, and particularly not among the Jews who inhabit those precincts. Good for him: he’s right, and they’re wrong. Increasingly, academics in the liberal arts and social sciences adhere to the dogmas of multiculturalism. Some groups, especially those that have suffered at the hands of Western oppressors, are encouraged to publicize their sufferings, their struggles, and their particularities. But when Jews undertake to describe their people’s experience—especially of exclusion, prejudice, oppression, and even mass murder—they’re often accused of being, as Rothstein notes, “too Jewish,” not least by Jews themselves.

Could it be that these Jews, many of them at the forefront of efforts to protect human rights universally, are uncomfortable advocating for their own group? Do they fear that, if they focus on Jews, and particularly on Israel, they’ll be seen by their colleagues as parochial and, therefore, not fit to join the universalist club?

The urge to “universalize”—that is, to hitch Jewish experience to the wagon of “tikkun olam,” or healing the world, is a glaring reality in Jewish museums generally and in museums on the Holocaust in particular. To some extent, as Rothstein observes, it reflects the sense, which may be at least partly correct, that few non-Jews will be interested in the Jewish experience, especially its tragic dimensions, unless its “lessons” can be construed in such a way as to leave them feeling morally edified, enriched, and improved rather than trapped in or guilty about the travails of the Jews alone. From this it follows that the pain of the Jews should be turned into a gift from Jews to others, something from which all can learn to become better human beings.

And what a gift it is! In the case of Holocaust museums, the chief gift proffered is the supposed lesson of “Never Again”: a staple, even a cliché, of Holocaust education. That lesson is indeed universally relevant, and the formula has been widely echoed. It has also, however, been repeatedly ignored by those with the power to act on it in any meaningful way. During the Rwanda genocide, for example, it was an American diplomat, Madeleine Albright, who as ambassador to the United Nations worked to obstruct efforts at limiting the carnage—and who, criticized later for her actions, said she had just been following the instructions of her superiors. (As irony would have it, many of Albright’s relatives—including, reportedly, three grandparents—had been murdered in the Holocaust.)

None of this, however, dampens the enthusiasm of some Jews for reminding the world of the importance of “Never Again”—as if to redeem the catastrophe of eliminationist murder through the gift of moral education. As Rothstein writes, a similar spirit moved the Nazi-hunter Simon Wiesenthal who, upon concluding that non-Jews just weren’t interested in the six million Jewish victims of the Holocaust, added five million non-Jews to the total. Indeed, many more than five million non-Jews were murdered as a result of Nazi brutality, only not as part of the Germans’ effort to eliminate an entire people—not, that is, as part of the Holocaust.

The effort to interest non-Jews in the Holocaust, as well as to universalize it, has to some extent also been behind the stress placed by the Simon Wiesenthal Center on the theme of tolerance, another topic well dissected by Rothstein in his section on the Center’s Museum of Tolerance. Warning against prejudice, teaching about examples of intolerance in numerous sectors of everyday life, offering sensitivity training to cure the disease: this, it is posited, will motivate the public not only to focus on the need for tolerance but to do so against the background of the Holocaust—in short, as yet another gift of the Jews to the world. But intolerance isn’t what animated Hitler to murder the Jews—what animated him was a vicious form of anti-Semitism.

In this connection, I’m glad that Rothstein took up the de-Judaization of Anne Frank. This is evident in the Anne Frank museum in Amsterdam, but it started long ago in the way her father, who survived the war, edited her diary in the service of broadening its appeal—a transmogrification detailed most tellingly by Cynthia Ozick in the New Yorker. By now, the diary of this universally loved young girl has sold over 30 million copies in numerous languages. In the 1955 smash-hit play based on the diary, as a biography of Anne’s father records, “almost all references to Jews and Jewish suffering were erased.” Walter Kerr, reviewing the play for the New York Herald Tribune, gushed that “Soaring through the center of the play with the careless gaiety of a bird that simply cannot be caged is Anne Frank herself. . . . Anne is not going to her death.”

Reading Anne’s redacted diary, or watching the even more bowdlerized stage version, one would be hard-pressed to understand exactly why Anne was in hiding, let alone how her life ended. Transferred from Auschwitz to Bergen-Belsen, she and her sister Margot exhibited none of the characteristics of eternal adolescents, of birds “that simply cannot be caged.” Ravaged by typhus, as a witness later described them, they were “two scrawny threadbare figures” looking instead “like little frozen birds.” Margot arose from her bunk and fell dead. Anne, hallucinating, also died, her body tossed into a grave with 10,000 others.

Anne was at Bergen-Belsen, as she had been while hiding in that annex in Amsterdam where she wrote her diary, because she was a Jew. One can leave the Anne Frank Huis without appreciating this.

Finally, I want to comment on a vulnerability that affects one specific kind of Jewish-related museum: namely, Holocaust museums that are owned by a country, in particular Israel and the United States.

In Israel, Yad Vashem, the country’s major Holocaust museum, is routinely used for state events. Visiting heads of state are brought there to experience the central reason why Israel is so focused on its need for self-defense, and why, for Israel, “Never Again” isn’t a cliché but an existential necessity.

The story in the United States is different. The United States Holocaust Memorial Museum was established as a federal institution, to be granted public land and made a recipient of annual appropriations by Congress, partly as a result of political calculations by the Jimmy Carter administration, which was anxious to mitigate Jewish concerns about its Middle East policy. Before it was built, some expressed apprehensions about problems arising from government control, but others contended—in the event, successfully—that a federal museum adjacent to Washington’s National Mall would convey a powerful and beneficial message. Recognizing, as it were officially, the unique and massive Jewish tragedy, the museum would simultaneously connect that tragedy to the story of America because of America’s inspiring role in the defeat of Nazi Germany—and it would be certain to attract innumerable Americans of every kind as well as foreign visitors from all over the world.

The opening of the museum in 1993 did indeed convey a powerful message, and since then many millions of visitors have toured its halls. But only five years later, the museum’s vulnerability to governmental misuse, till then theoretical, became real. A State Department official involved in Israel-Palestinian negotiations, who was also a member of the museum’s board, urged the board’s chairman to invite Yasir Arafat, the Palestinians’ then-leader, to tour the museum during one of his official visits to Washington. His calculation, as he later wrote, was that such a visit would help overcome the deep mistrust of Arafat by Israelis—and, I believe, by Americans—and thereby serve to further U.S. diplomatic efforts in the region. Naturally, the visit would be covered by the press and photographers, elevating perceptions of Arafat in a way that would similarly advance U.S. policy aims.

As the museum’s director at the time, I protested that it, and the dead it represented, should never be used as a venue for a photo-op in the service of political ends. I also pointed out that, after the signing of the Oslo agreements in 1993, Arafat had been invited to Yad Vashem in Jerusalem, but had never gone.

The invitation was nevertheless issued and accepted (in principle), but a controversy about it erupted in the press that forced its temporary retraction. In debating whether it should be reissued, many members of the museum’s board, most of them Jews, expressed certainty that the event would be no photo-op, that Arafat really wanted to understand the tragedy of the Jews, and that, emerging from the museum, he would be moved to say that he also understood the reason for Israel’s preoccupation with security. The possibility that he might instead emerge announcing that the Jews were now doing to the Palestinians what the Nazis had done to the Jews—an assertion voiced many times by Palestinians and others—did not appear to trouble them.

I refused the board’s insistence that, on his envisioned visit, I personally escort Arafat through the museum and stand beside him as he laid a wreath at the eternal flame in the museum’s Hall of Remembrance. My refusal, I said, was a matter of conscience in a museum of conscience. And again I stressed that the museum, and the dead, must never be used instrumentally in a diplomatic maneuver. The board nevertheless ratified the chairman’s decision to reissue the invitation.

In the end, Arafat never came. The night before the planned visit, the Monica Lewinsky story broke, and the press headed to the White House. Arafat’s staff contacted the museum to call off the visit. There would be no photo-op. If the sad story of Monica Lewinsky has any saving grace, it’s that it saved the Holocaust museum from governmental misuse; I hope someone will tell her that. And the Arafat crisis may even have had a beneficial legacy. To my knowledge, subsequent government officials, and subsequent museum leaders, never again arranged to use the museum as a tool to further political or diplomatic ends.

Twelve years later, the government official who initiated the invitation admitted in the Washington Post that his effort to have Arafat visit the museum was “one of the dumbest ideas in the annals of U.S foreign policy.”

Though the special vulnerability of the Holocaust Museum is unique among Jewish-related museums in America because it’s a federal institution—a fact not noted in Edward Rothstein’s fine essay—one aspect of Rothstein’s argument is indeed robustly illustrated by this episode. And that is the conviction on the part of some Jews that their history, and their museums, exist to serve the needs of others.

Holocaust Museums and the Itch to Universalize
1. Essay

Why Are There So Many Jewish Museums?
4. Response

What a 21st-Century Jewish Museum Should Look Like
5. Last Word