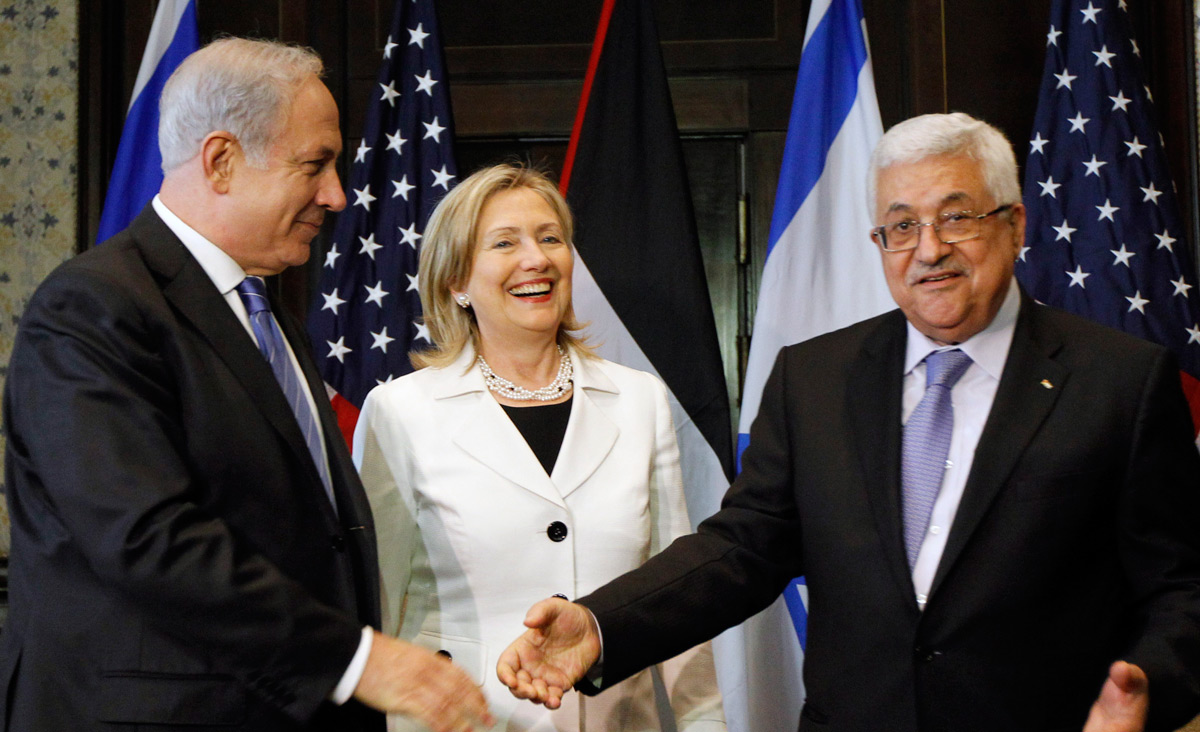 Like Tinkerbell in Peter Pan, the “peace process” may die unless we all clap loudly and say we believe in it. In “The Two-State Solution Is in Stalemate,” Evelyn Gordon tells us to keep our hands down and embrace that terrible danger. In fact, she argues, we’d all be better off acknowledging that, whatever the fate of Tinkerbell, the “peace process” is already defunct.

As she rightly says, the notion that the parties are an inch apart, and that all the outlines of a final status-agreement are well understood, is nonsense. There is no chance of a comprehensive peace in the foreseeable future—because the issues are too hard and the disagreements too deep, and because today’s Palestinian leadership is illegitimate and unable to make the difficult decisions and compromises peace would require.

What then should Israel do? Gordon outlines some steps, especially in the realm of economic development, that would make life better for the Palestinians regardless of the nature and timing of any future agreement. I’m in agreement with most of these, but not with one she mentions but does not explain: “even the resettlement of some Palestinian refugees.” Starting down that road would be a mistake. But there are other practical steps Israel can take to make life easier (and Netanyahu has already taken quite a few, though he gets no credit for them), and Israel should allow more Palestinian economic activity and political control in substantial parts of the West Bank.

Gordon is right to point out the costs to Israel of endlessly repeated but unsuccessful negotiating sessions. I would add that there are considerable costs to the United States as well. To try and try and fail and fail makes the U.S. seem incompetent, powerless—or deceptive in its repeated statements of commitment to the goal. But I think she underestimates the costs of appearing to give up entirely on a comprehensive agreement. To many audiences, primarily in Europe but even in the United States, Israel is either trying for a peace deal or—as Haviv Rettig Gur has quoted an influential Israeli—is “asking its liberal allies to come to terms with indefinite occupation.” As Gur argued in Mosaic last year, “It is not Israel’s enemies who will be repelled by a de-facto decision to cease seeking a two-state solution, but its most important friends. For these friends, it is one thing to struggle and fail to achieve peace, quite another to renounce the struggle altogether.”

Perhaps this argues for hypocrisy, or at least what diplomats like to call “nuance”: a stated policy of seeking a two-state solution combined with pragmatic efforts to improve Palestinian life. Under Netanyahu, Israel isn’t very far from that policy anyway. Moreover, Netanyahu’s continuing (if silent and, except by settlers, little noticed) efforts to restrict settlement expansion to the major blocks suggest that while he isn’t prepared to take the security risks of removing the IDF from the West Bank, he also isn’t keen on having small Israeli settlements all over the area and well beyond the part of it that will be kept by Israel in any final peace deal. In other words, Israel isn’t “gobbling up the West Bank” with new settlements that “make peace impossible,” as its critics charge—a fact that Israel’s liberal allies should be forced to acknowledge.

They should also be forced to acknowledge that everything happening in the Middle East these days makes Israel-Palestinian peace harder. The risks from creating a new, small, weak state of Palestine terrify the king of Jordan as much as they do the prime minister of Israel. The collapse of Syria and the rise of IS make establishment of a Palestinian state a danger to all its neighbors—and to the security of Palestinians. Putting this case—which Arab leaders already understand full well—should help persuade Western diplomats that attending to the daily needs of Palestinians is a far smarter path right now than another round of fruitless peace negotiations.

In brief, then, I would not have Israel abandon the “two-state solution” as a goal, but I agree with Gordon that Israel (and the United States) should not pretend that a peace deal is close or that the issues are anywhere near resolution.

Gordon puts forth a policy model for Israel to emulate in today’s circumstances: the model of America during the cold war. In several ways this works—the United States confronted the Soviets ideologically and militarily while burying them economically, and kept it up for decades. And we negotiated with the Soviets while never saying that peace was at hand. But I think she exaggerates the “bipartisan consensus” in America over how to conduct the cold war. That lasted for a while after World War II, but later decades saw an internal war over foreign policy. George McGovern won his party’s nomination with the slogan “Come Home, America.”

For his part, Ronald Reagan was vilified for calling the USSR an evil empire. In 1982 a million people joined a nuclear-freeze demonstration in New York City; dozens of cities and more than a dozen states passed nuclear-freeze resolutions; and the Catholic bishops endorsed the movement. On their own home front, the Israelis are doing better and are more united than Americans were, presumably because they face not only threats but constant attacks. The intifadas, it has often been explained, killed the Israeli peace movement.

But Gordon’s basic point is right: this is a long war, and waging it will require patience, military strength, ideological struggle, a resilient populace, and a vibrant economy. And she’s also right in her optimistic conclusion that Israel, like America, has all these attributes. What has been lacking recently is an American government that understands the dangers Israel faces and fully supports its actions in prevailing over them; this, we can hope, will be supplied in January 2017.

Samuel Goldman
September
What Israel Can Do Next
2. Response

The Peace Process Is Defunct—but Israel Mustn't Appear to Be Giving Up on It
1. Essay

The Two-State Solution Is in Stalemate. Here's What Israel Can Do to Prevail.
3. Response

Israel and the Need to "Do Something"
4. Last Word