Toward a New Model for the U.S.–Israel Relationship

By leveraging its remarkable achievements in the fields most relevant to future conflicts, Israel can transition from dependence on the U.S. to partnership. 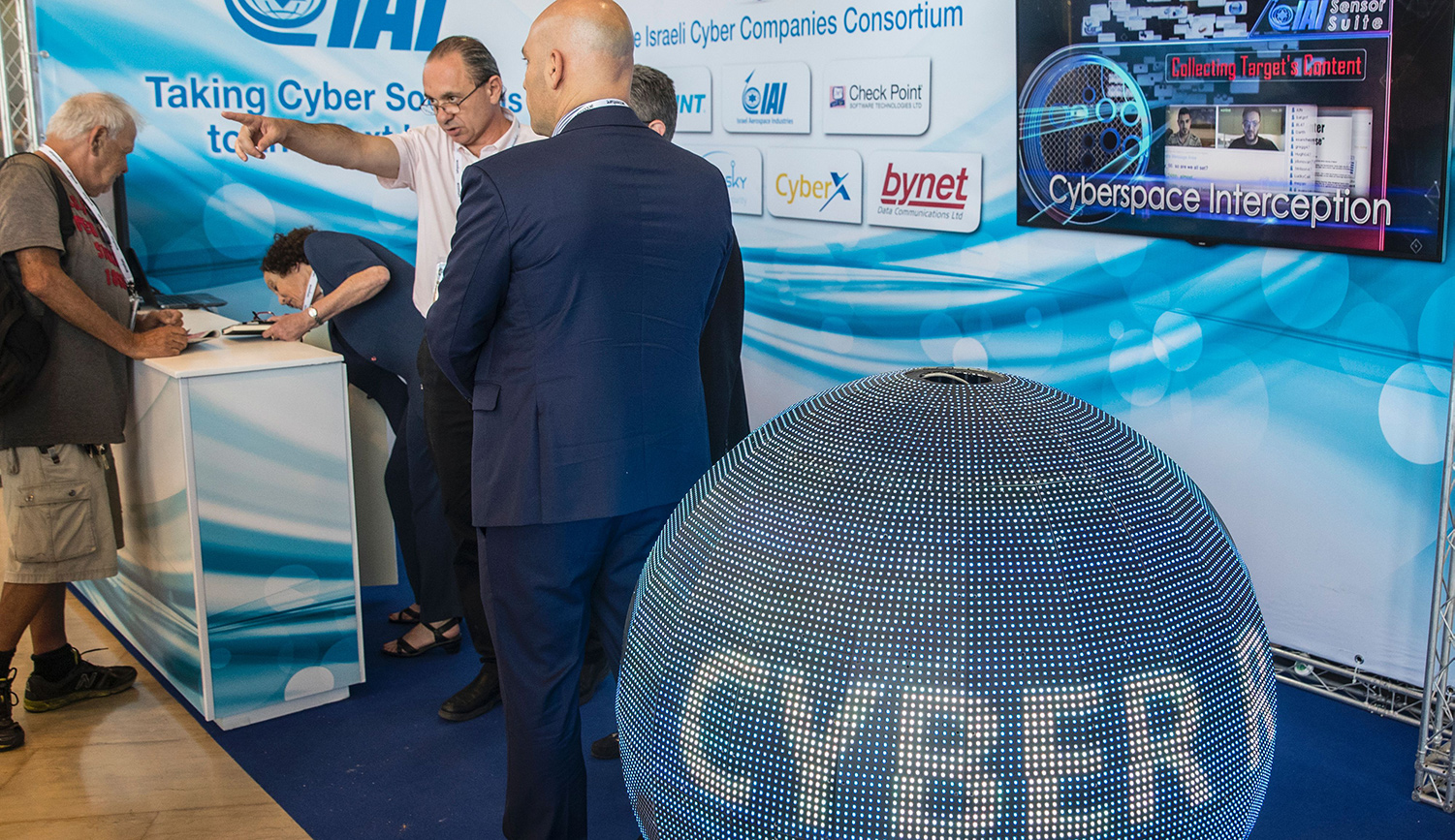 The roots of Israel’s bond with the U.S. run deep—preceding the establishment of the state. Immediately after the end of World War II, when British government policy in Palestine, led by Foreign Secretary Ernest Bevin, was outright hostile to the Zionist project, David Ben-Gurion nevertheless made a bold prophecy to the crusty British statesman. Like it or not, he said to Bevin, a confrontation was coming between the Western allies and the Russians—and the Jews, like them or not, would be on the side of Britain and the West.

And so it came to pass: in the post-Holocaust era, things could not have been otherwise. Although the coming cold war was still but a vague shape on the horizon, the Zionist national project was bound almost by definition to be counted among the defenders of democracy led by the United States. The “special relationship” between Israel and America, which in its present form far exceeds Ben-Gurion’s fondest dreams, is the direct product of that fundamental fact.

As described by Charles D. Freilich in his essay, “Has Israel Grown Too Dependent on the United States?,” the relationship today is an impressive edifice indeed. Having been there as both scholar and practitioner—he held the position of Israeli deputy national security adviser a few years before I did—Freilich is well positioned to judge the supreme value of the American contribution to Israel’s safety and survival.

The immense military-aid program for Israel is now enshrined at the level of $38 billion over the next ten years. And that is to say nothing of the equally vital diplomatic support, whose origins can be traced to the aftermath of the Six-Day War of June 1967. It was then that the U.S. reversed the course favored in 1956-7 by President Dwight D. Eisenhower, who compelled Israel to relinquish its gains in the Suez war (a decision, as Michael Doran has shown in Ike’s Gamble, later regretted and repented by Eisenhower himself). A decade later, the U.S. stood by Israel’s right not to withdraw from conquered territories—and then not necessarily from all of them—except in return for peace, and only to “secure and recognized” borders. This stance has been central to all that has happened since, in the halls of the United Nations and elsewhere.

Freilich also offers a glimpse into another crucial U.S. contribution to Israel’s deterrent abilities: namely, the persistent disinclination of all American presidents since 1970—notwithstanding some ugly private comments by President Jimmy Carter to Prime Minister Menachem Begin at Camp David in 1978, and some mismanagement by President Barack Obama in 2010—to put pressure on Israel with regard to its alleged nuclear capabilities.

Of course, as Frieilich duly notes, American policy toward Israel has hardly been lacking in domestic critics. The central charge, associated most notoriously with the names of Stephen Walt and John Mearsheimer and their 2007 book The Israel Lobby and U.S. Foreign Policy, but common in other circles as well, is that Israel has not only failed to return the favor but has in fact behaved as a renegade client, bluntly disregarding its patron’s interests, views, and needs. In refuting the charge, Freilich argues that, quite to the contrary, Israeli leaders have, first and foremost, always taken into account the American position, even in matters of life and death, and in many cases have abandoned viable policy decisions in deference to U.S. wishes.

He’s right about that: even Benjamin Netanyahu’s March 2015 speech to Congress laying out the case against the Iran nuclear deal—an act that angered the Obama administration—was welcomed by the majority of U.S. lawmakers and, according to opinion polls, by some two-thirds of the American public. To describe it as an act of “defiance” against the U.S. as a whole is to deny these facts—and to deny what they say about the bedrock nature of the “special relationship.”

By now, in any event, the “tail-wagging-the-dog” argument, never strong to begin with, has become obsolete. Even those Americans who once saw Israel as a hindrance to positive U.S. relations with the oil-rich Arabs of the Gulf, or with Egypt, should sit up and take notice that the very same Arabs who once railed against U.S. support for Israel now appreciate its power as a vital element in the regional equation. Given the deadly threat posed by Iran, Israel’s military capabilities, backed by the U.S., are acknowledged as an asset, not a liability.

Meanwhile, the U.S. military, itself once very much opposed to the U.S.-Israel relationship, has learned to value what Israel has to give in return, from measures for countering improvised explosive devices (IEDs) to missile-defense systems and beyond. In this connection, even the fiasco in the early 2000s over the prospective Israeli sale of early-warning aircraft to China, which Washington squelched—an episode that Freilich recounts in rebutting the notion of ingrained Israeli defiance—can be turned on its head: by accepting highly binding limits on its relationship with Beijing, Israel has indirectly made an extremely important contribution to maintaining the global balance of power.

Nor are military and strategic factors the only reason the U.S.-Israel bond is “unbreakable” (to use President Obama’s term). In its present form, the relationship is now written into law—with regard not only to ensuring Israel’s Qualitative Military Edge (QME) but also to Israel’s standing as a “special ally” of the United States (in the Strategic Partnership Act of 2014). This has happened not only because various administrations have come to see Israel as critically helpful in the pursuit of U.S. interests but also because of the deep-seated moral and political considerations grasped and articulated by David Ben-Gurion in 1946. An affinity of values with Israel is central to the worldview of many Americans, not least those socially conscious and combative patriots known in the 1980s as Reagan Democrats and memorably described by Walter Russell Mead (in his 2008 Foreign Affairs essay “The New Israel and the Old”) as “Jacksonians.”

In the context of this powerful triad of common values, common interests, and common political commitments, the so-called “lobby” of Israel’s greatest friends, particularly on Capitol Hill, should be seen as a supplement, albeit a key one. Never enough in itself, the “lobby” is a force-multiplier precisely because the three other pillars exist to legitimize its efforts to influence policy and budgets.

So much for the good news. And yet, according to Freilich, the magnificent edifice stands on increasingly unsteady ground. He cites among other things the growing imbalance in support for Israel between Democrats (weakening) and Republicans (stengthening), a general decline in support among younger Americans, fissures within the American Jewish community and the consequent erosion of its once centralized approach toward issues involving Israel, and so forth.

Although the sense of fragility conjured up by Freilich strikes me as somewhat overstated, Israeli decision makers would be wise to pay attention to his warnings. It is certainly the case that the level of sheer unpredictability is rising, and that new trends in American society need to be addressed.

In this respect, Israeli consulates around the U.S. should not be considered superfluous and closed down but, to the contrary, bolstered, so as to reach out more effectively to Hispanics and others who now evince the lowest levels of support for Israel. The alienation of important segments of the American Jewish community is in itself a dangerous phenomenon, and to the extent that internal Israeli politics plays a part in exacerbating it, especially when it comes to the outsized influence exercised by ultra-Orthodox parties on issues of special concern to American Jews, Israel should not allow the problem to fester. Also potentially worrisome is the growing reliance on President Trump and the GOP: for Israel and its American friends, bipartisanship must remain the watchword.

Equally valid are Freilich’s two strategic proposals: that Israel strive further to expand its field of allies, an effort already reflected in its growing closeness with India and with the eastern Mediterranean (Greece and Cyprus especially, and also Jordan and Egypt), and that it should reduce its dependence on U.S. military aid.

To be precise: for the benefit of its own future, of U.S. Jewry as the other great wing of the Jewish people, and of the values it shares with other democracies, Israel should envision, vis-à-vis Washington, a well-planned transition from dependence to partnership. This will involve translating Israel’s remarkable achievements in the fields most relevant to future conflicts—cybersecurity, missile defense, counterterrorism, and the efficient management of human resources in a free society—into the basis for a new U.S.-Israel relationship in which common efforts and common projects will largely replace the present aid-based model.

Such an arrangement, not necessarily a formal alliance, will be good for Israel, good for the region and hence for peace, good for the U.S., and good for what we still should be able to think of as the free world.

Toward a New Model for the U.S.–Israel Relationship
1. Essay

Has Israel Grown Too Dependent on the United States?
3. Response

How to Ensure the Future of the U.S.–Israel Relationship
4. Response

A Defense Treaty between the United States and Israel? Just Say No
5. Last Word