The game the Court is playing is “heads I win, tails you lose.” 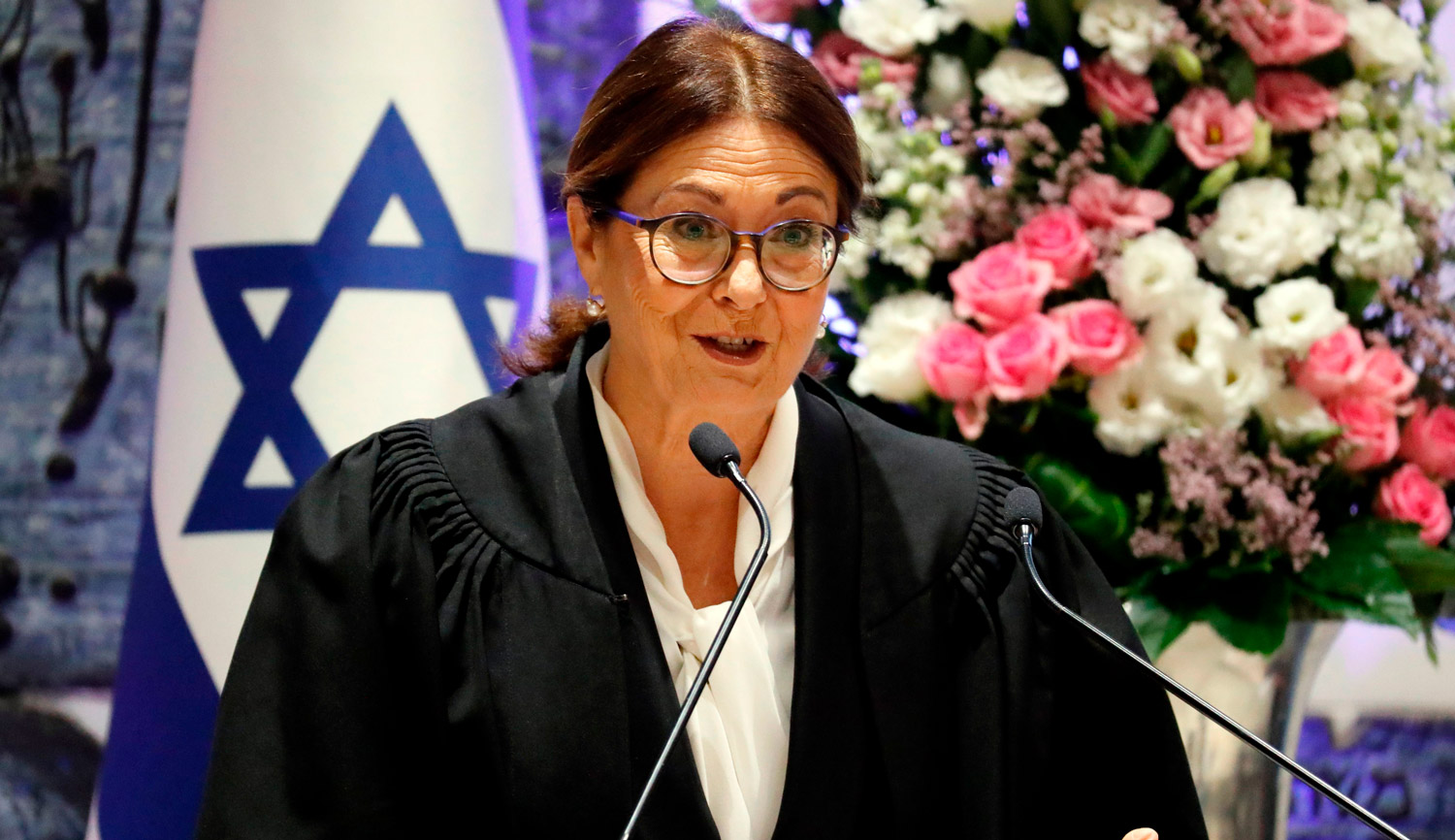 Response
Peter Kagan
About the author


Peter Kagan is the pen name of a writer with a longstanding interest in Israeli constitutional law.

In 1787, an American founding father writing under the pseudonym “Brutus” issued a warning about one of the key provisions in the constitution then being debated in Philadelphia:

The supreme court under this constitution would be exalted above all other power in the government, and subject to no control. . . . I question whether the world ever saw, in any period of it, a court of justice invested with such immense powers and yet placed in a situation so little responsible. . . . There is no authority that can remove them, and they cannot be controlled by the laws of the legislature. . . . Men placed in this situation will generally soon feel themselves independent of heaven itself.

Whether or not the U.S. Supreme Court has realized Brutus’s dark forecast (preserved for posterity in the Anti-Federalist Papers) is up for debate. But it’s safe to say that Israel’s Supreme Court has far surpassed his gloomiest predictions, having, in the words of the American legal scholar Richard Posner, “created out of whole cloth . . . a degree of judicial power undreamed of even by our most aggressive Supreme Court justices.”

The key actor in this move was a single justice, Aharon Barak. In 1995, as Moshe Koppel and Eugene Kontorovich write in their eloquent essay on the Knesset’s newly passed Basic Law: Israel as the Nation-State of the Jewish People, Barak led the Court in a fateful decision. Up to that point, most of the state’s existing basic laws enjoyed no greater status than ordinary Knesset legislation. Now, the Court declared, those basic laws would enjoy supremacy—they were, in a word, “constitutional.” They could therefore be invoked by the justices to overrule ordinary statutes as well as actions taken by government agencies.

Note the year: 1995. In fact, the decision—a “constitutional revolution,” as Barak rightly called it—was released a mere five days after the November 4 assassination of Prime Minister Yitzḥak Rabin: a traumatic moment when neither the executive nor the legislature was in a position to protest what became the most fundamental shift in political power in the history of the state.

Koppel and Kontorovich discuss the powers of Israel’s Supreme Court, but speaking of the Court as an institution ignores the tremendous powers vested in one individual: the chief justice.

Unlike the situation elsewhere, including in the U.S., cases before Israel’s Supreme Court are not heard en banc—that is, by all of the justices together—but in panels of three justices. The individual invested with the authority to direct the composition of each panel (or to add justices to a panel) is the chief justice, who can thereby effectively determine the outcome of the case.

Koppel and Kontorovich also note the dominating presence of already sitting justices in the appointments process for new ones. They might have added that, under the seniority system, an incoming chief justice will always be the person with the longest tenure on the court upon the retirement of the outgoing chief. Given universal mandatory retirement at age seventy, predicting successors is thus quite a straightforward exercise.

This is the same process by which, upon the retirement of Meir Shamgar, Aharon Barak rose in turn to the position of chief justice—and this is also the same process by which he was then able to embark on meticulously planning his own line of succession. Three days after the 1995 decision announcing his constitutional revolution, Barak appointed Dorit Beinish to the Court at age fifty-three to be his immediate heir, and in later years he would continue to direct the appointment of justices who could become chiefs after Beinish aged out. The latest, named by Barak before his own retirement in 2006, is the current chief justice, Esther Hayut—the fifth incumbent in the House of Barak.

Which brings us to the framers of Basic Law: Nation-State, all of whom operated under the understanding put in place by Aharon Barak’s constitutional revolution. As with earlier basic laws, which in 1995 were upgraded to constitutional status by the Supreme Court, it was assumed that the basic law adopted by the current Knesset would likewise be treated as constitutional. The law’s provisions were written explicitly with that outcome in mind.

This was a particularly appealing argument. Unlike pre-1995 members of Knesset, who weren’t cognizant that, in passing basic laws, they were engaged in constitution-making, current members knew well what they were doing. Koppel and Kontorovich, for their part, proceed on the basis of the same understanding.

But here, precisely, is the rub. Already, as the authors themselves acknowledge, an effort is being mounted by left-wing legal scholars in Israel to find grounds for the Supreme Court to disqualify the new basic law.

Should this effort gain ground, it will become necessary to revise the original understanding of the constitutional revolution, which will be revealed as operative only if the justices are the ones deciding what the constitution says and (like the Almighty contemplating His creation) declaring it “good.” In that case, what happened in 1995 would have to be viewed in retrospect not as a constitutional revolution but as a coup d’état: a historical turning point in which sovereignty was taken away from the people and their representatives and given to the judiciary—or, more precisely, to the chief justice of the Supreme Court.

In a few months, Esther Hayut, the current chief justice, will thus be deciding whether to exercise that sovereignty. It is hard to imagine she will resist the temptation to do so. As noted, left-wing legal scholars have already prepared the groundwork for such a move, and she will be cheered on by the rest of the Israeli legal academia and the media.

Israel’s coalition government has many advantages. In particular, it allows minority groups, if they are willing to play by the rules, to protect their core interests. But a coalition government with many contending factions is by nature unequipped to react to creeping assumptions of power by the judiciary.

Over the decades, the number of such trespasses on the territory of the Knesset and the executive has become legion. According to Supreme Court doctrine, any government action held by the Court to be “unreasonable” is therefore illegal. Under this doctrine, for instance, the government cannot appoint an official if he or she is ethically challenged; cabinet ministers facing criminal proceedings have to be summarily dismissed; family members of Hamas leaders must be allowed into Israel for medical treatment; and so on and so forth.

All of these and similar cases have represented brazen arrogations of power by the Court, but they have met no counterposing response from the other branches of government. Indeed, the consensus view in most Israeli legal circles today is that any challenge to the Court by the executive or the Knesset is itself a threat to the “rule of law.” Given this history, Chief Justice Esther Hayut could well expect little or no meaningful pushback to a decision to disqualify the new basic law.

Basic Law: Nation-State was written by activists and members of Knesset who were playing by the rules of the game established in 1995. They did not realize that the game the Supreme Court was playing was “heads I win, tails you lose.” Though no one predicted it, the true legacy of Basic Law: Nation-State could be the final capitulation of the Knesset, the people’s house, to a new sovereign, the fifth chief justice from the House of Barak.

If realizing this does not convince those who framed the law, those who voted for it, all those who believe in it, and Benjamin Netanyahu of the need to reassert the people’s sovereignty, nothing will.

Here's Why So Many Are Outraged by Israel's Nation-State Law
6. Last Word