Despite reports to the contrary, American Jewish culture isn’t a “project” and it isn’t dead. Far from it. 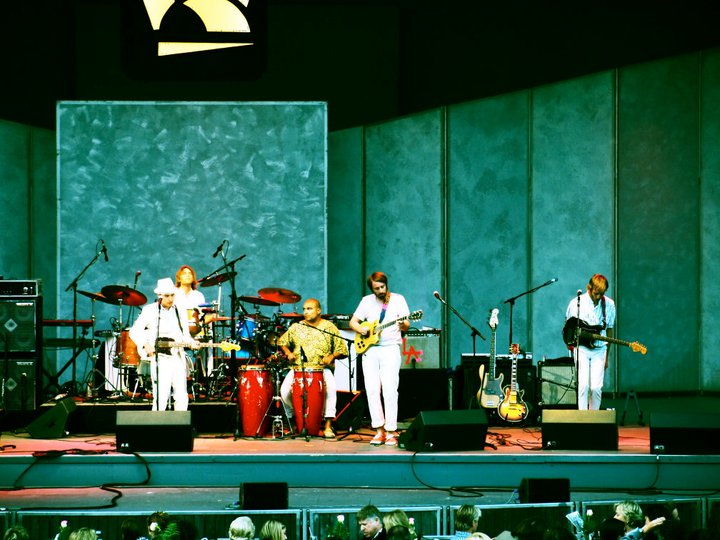 James Loeffler has written wonderfully about Jewish music, and he clearly cares about Judaism. But his notion of the death of Jewish culture seems as misguided as the belief that “Jewish culture” will save us.

Loeffler’s expectations are certainly lofty: he wants “a self-consciously modern, public culture, rooted in the unique civilization that gave it birth and formed its voice, and expressive of a thick, expansive, and holistic identity.” Kafka, who famously wrote in his diary, “What have I in common with Jews? I have hardly anything in common with myself,” would obviously be excluded, but so might King Solomon, who flirted with idolatry and who, in the works that tradition attributes to him, often seems divided against himself. Goodbye, Ecclesiastes.

Writers and artists don’t by themselves constitute “a culture”—they are like individual words that somebody else comes along and turns into a sentence and finds a grammar for, usually after they’re dead. But Loeffler does not really distinguish between individuals and institutions, and that gives his argument an abstract quality at odds not only with Judaism but, frankly, with human existence.

Thus, Loeffler pays American Jewish culture the perverse compliment of seeing it as part of a failed “project,” not as an accidental collection of scattershot, organic, or pragmatic creations of varying quality and depth produced for a multitude of reasons. Somehow, his focus on the “project of Jewish culture” carried me back to my undergraduate days, when I worked in the college dining hall; the manager would yell things like, “Rosen, go refill the Hi-C product.” Or, “You put in too much chocolate milk product.” I envied the non-working students for whom milk and Hi-C were still free elements, like air and water, even though our parents had in fact paid thousands of dollars for them, just as they had paid thousands of dollars for the liberal-arts product that passed for our education.

Like that dining-hall manager, Loeffler is not letting me enjoy my Hi-C. He is a scholar, and for him Jewish culture is “a project,” even if benighted American Jews wandering in and out of film festivals haven’t realized it yet. Neither have they realized that the project is dead. It turns out that American Jews are cultural zombies feeding on other peoples’ brains. And not even quality brains; the food is bad, and the portions are too small.

Culture is part of human experience, like language, and it exists whether we want it or not. Sometimes it turns out as we hope, sometimes it just turns out. Sometimes it gives rise to miracles. Theodor Herzl—a third-rate playwright who wrote a second-rate novel that helped produce a first-rate state—altered the course of history for religious and secular Jews alike, even though both groups derided him, often for good reason.

Zionism was not “culture” or “politics” or “religion” but a mysterious braid of all of them and something more. Judaism, like Walt Whitman, contains multitudes. It needed a playwright who bombed at the box office but, though profoundly ignorant of Judaism, became a dramaturge of Jewish history.

Loeffler mentions a handful of American Jewish institutions—chiefly Makor and the National Foundation for Jewish Culture—and makes them metonyms for all American Jewish cultural organizations. As if that were not confusing enough, I can’t tell if the National Foundation for Jewish Culture, which spent decades supporting the sort of academic Jewish studies Loeffler himself seems affiliated with, disappointed him because of its support for such programs or because it diminished its support for them when it dropped the “National” from its name.

Just as confusing for me, Loeffler appears to include the Los Angeles Skirball Cultural Center, which opened in 1996, as part of what is wrong with American Jewish culture, though he doesn’t explicitly say so, relying instead on the Center’s definition of its mission: “to explore the connections between 4,000 years of Jewish heritage and the vitality of American democratic ideals.” It can hardly be the 4,000 years of Jewish heritage he objects to—so is it the linkage to American democratic ideals? But if so, why?

Might it not be possible for the Jewish notion that human beings are created in the image of a unitary God, and that the righteous of all the earth have a share in the world-to-come, to have found expression in the Founding Fathers’ assertion that “All men are created equal”? Might it not be possible that one of the reasons Jews feel so at home in America—in a way radically different from how Jews in Eastern Europe felt at their moment of greatest secular creativity—is that, theologically, Judaism helped create America? This is not the same as suggesting that Judaism is fulfilled by America, more like suggesting that America is an emanation of Judaism and might itself reciprocally illuminate aspects of Jewish culture.

I am likewise confused by Loeffler’s reference to Philip Roth:

In Operation Shylock, Philip Roth’s fictional alter ego declares giddily that American Jews have it “in their heads to be Jews in a way no one [has] ever dared to be a Jew in our three-thousand-year history: speaking and thinking American English, only American English, with all the apostasy that [is] bound to beget.” In this sense, the vast majority of American Jews are already deep into apostasy, and are paying the cultural price for it.

What confuses me is that Loeffler seems to have found in Operation Shylock the perfect literary articulation of his own thesis—and yet, rather than praising Roth as an artist who has held up a mirror to the world Loeffler himself is writing about, he merely uses the quotation to damn further the very culture that has furnished him with a novelist’s literary formulation of his own observation.

I myself would not have chosen Roth as an emblem of Jewish American culture, but he is essentially the only living Jewish American, except for Stephen Spielberg, Loeffler mentions. He seems to find it easier to go back in time to discusses S. An-sky and Ahad Ha’am and I.L. Peretz, as if their pronouncements in Eastern Europe in the late 19th and early 20th century could by themselves illuminate contemporary Jewish culture in America. He seems to blame them for the failures of American Jewish culture while holding them up as exemplars of what American Jewish culture ought to be but is not.

There is a great gulf between the Eastern Europe of An-sky and the America of Philip Roth, and yet Loeffler steps lightly from one world to the other without discussing the Holocaust. Much has been written about the warping effect of our collective Holocaust obsession, but ignoring the Holocaust is even more warping.  It would be like discussing the history of the Diaspora without mentioning the destruction of the Second Temple, or like writing about the gospel of Matthew, aimed at Jewish Christians, without noting that it was written down after the loss of bricks-and-mortar Judaism. Even the sages of the Talmud wondered if perhaps the covenant had not been abrogated after the Temple fell—and they were the sages. Surely it is worth asking what effect the Holocaust, the greatest cataclysm in Jewish history in 2,000 years, might have had on American Jewish culture.

Then again, Loeffler speaks in his essay of the importance to culture of “religion”—mostly to suggest that this is another requisite that American Jews don’t have but should. But he never tells us what he means by religion, an especially significant omission since there are so many American Jews whose great-grandparents shucked tradition on arrival and who might like a reason or two for doing the hard labor of getting it back. Writers like An-sky and Peretz could draw on great, inherited savings accounts of Jewish tradition, funding their secular experiments with the interest accruing from other people’s committed lives.

In speaking of religion, Loeffler doesn’t speak of God. He doesn’t speak of the covenant, or of being chosen, or of a voice out of Sinai still reverberating somehow in daily life, or inhering in the soil and soul of modern Israel. “Religion” is just something Jewish culture needs, along with “peoplehood,” to get back on track. But what if, without God, religion is no different from culture? This might be worth exploring when you are preaching to those born so far outside of tradition that they have no memory, habit, or community to call on for help.

To all this loss and attenuation, Loeffler offers as his hopeful antidote a concert by the Russian Jewish pianist Evgeny Kissin, an extraordinary musician and a principled and outspoken artist who has taken a vocal stand against anti-Zionism by, among other things, becoming an Israeli citizen. Like Loeffler, Kissin is also an interpreter of Jewish culture, lately performing 19th- and early-20th-century Jewish concert music and reciting Yiddish poems before an audience of 2,000 in Washington, D.C. I have no doubt that Kissin’s concert was as electrifying as Loeffler claims, but for the reader—who cannot hear the music—this tribute to deceased composers and poets is little more than Kissin through a veil.

But that is perfectly all right with me. I’m not looking for a new “project” to answer the old one. I don’t actually think there was an old project guiding the cultural life of American Jews. Art can be bad all on its own. It can also be good. And if we stop hoping it will take the place of boring synagogues and self-defeating politics, it might even, at this late date, be great.

Jonathan Rosen, who created and edited the Nextbook/Schocken Jewish Encounters series, is the author of the novels Eve’s Apple and Joy Comes in the Morning and two works of non-fiction, The Talmud and the Internet and The Life of the Skies.

Ze'ev Maghen
May
The Death of Jewish Culture
3. Response

Culture and the Classroom
4. Response

Hello, I Must Be Going
5. Response