Hello, I Must Be Going

James Loeffler’s essay, “The Death of Jewish Culture,” is a compelling tour de force, which is to say that it says something important and says it with style but also that, in the swoop and slash of its argument, it leaves out a fair amount. 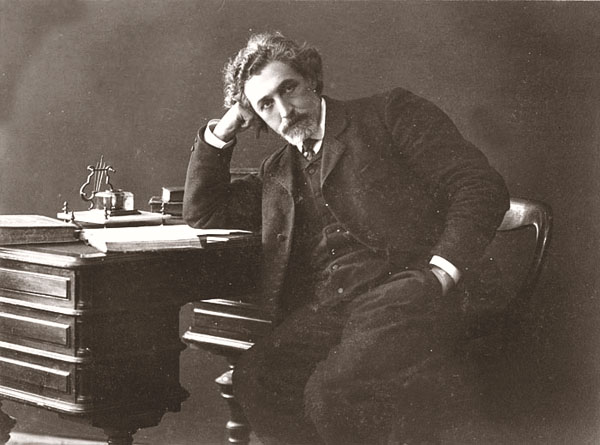 The Yiddish writer and folklorist S. An-sky in 1910. Wikimedia.
Response
Abraham Socher
About the author


Abraham Socher is the current and founding editor of the Jewish Review of Books, and professor emeritus at Oberlin College.

James Loeffler’s essay, “The Death of Jewish Culture,” is a compelling tour de force, which is to say that it says something important and says it with style but also that, in the swoop and slash of its argument, it leaves out a fair amount.

The occasion for Loeffler’s reflections is the demise over the last few years of several high-profile projects aimed at promoting Jewish culture to young (or at least youngish) artsy American Jewish hipsters. However, as Loeffler’s choice of presiding spirits— he quotes Ahad Ha’am, Hayyim Nahman Bialik, and  S. An-sky—shows, the Jewish culture he is really eulogizing is not only high and secular but distinctly Eastern European—and it has been gone for three-quarters of a century. The kind of secular culture he is interested in, he says, is

a self-consciously modern, public culture, rooted in the unique civilization that gave it birth and formed its voice, and expressive of a thick, expansive, holistic identity.

No one, not its programmers, not its funders, and certainly not Professor Loeffler, ever thought that Makor, the now-defunct New York Jewish “nightclub-cum-gallery” with which he begins, would anchor that kind of culture. Art and literature that express a “thick, expansive, holistic identity” take, if not a shtetl, at the very least a shared way of life: rituals, symbols, a vocabulary; a recognizable ethos and a common set of problems. In short, they require a distinctive, bounded culture, in the anthropological sense of the word.

The whole philanthropic point of projects like Makor is to address the fact that young Jewish Americans are, first of all, Americans. In the absence of a strong religious identity, they are liable not only to like precisely the same novels, songs, and movies as their non-Jewish peers at Harvard, the University of Virginia, or Oberlin but also to date and marry those peers when they graduate and move to the Upper West Side. If, the thinking goes, they could become more interested in Jewish things, broadly and secularly construed, the latter eventuality—that is, assimilation and intermarriage—would be a little less likely. And if, in the process, one could foster the career of a brilliant musician or fund a quirky but watchable indie film, well, then, all the better. This may or may not be a good use of philanthropic dollars—it all depends on how much one likes “gleaming . . . postmodern sanctuaries” of culture and how highly one values the project of encouraging those with relatively thin Jewish identities to make them slightly thicker.

But Loeffler knows all of this. His real purpose, I think, is to remind us of what a truly secular Jewish culture once looked like, and the conditions under which it flourished. With regard to the latter, there seems to me to be a paradox, but more on that later.

When the great Yiddish writer and folklorist S. An-sky said that the “people of the shofar must become the people of the clarinet,” one wonders whether he realized quite how completely the shofar, and the meanings carried by its blasts, could disappear from Jewish consciousness, or quite how impossible it would be for a people to be defined by their devotion to clarinets (or culture). This is not to underestimate An-sky, who was no sentimentalist, but Loeffler’s use of his aphorism does call to mind two historical anecdotes that might be said to bracket the creation and demise of secular Ashkenazi culture.

Sometime in the 1780s, Rabbi Raphael Kohen, the chief rabbi of the Jewish “triple community” of Altona, Hamburg, and Wandsbeck, summoned Solomon Maimon to come see him. Maimon was a twenty-something talmudic genius, lapsed rabbi, and would-be philosopher who had taken up residence at a nearby liberal secondary school (Gymnasium) to study mathematics, science, classical languages, and European literature. In short, he was trying to get cultured—and to get away from a culture. Maimon tells the story of their confrontation in his classic Autobiography (here in the forthcoming re-translation of that work by Paul Reitter):

We entered into a wide-ranging debate. . . . Because this method wasn’t getting him anywhere with me, he turned to sermonizing.  When it, too, failed to produce results, he worked himself up into a holy fervor, and he began to shout: Shofar!  Shofar! . . . While shouting, he pointed to a shofar that happened to be lying on the table, and he asked me: “Do you know what that is?”  I riposted audaciously: “Oh, sure; it’s a ram’s horn.”  These words made the rabbi tumble back into his chair.  He began to utter lamentations for my lost soul.  Leaving him to lament for as long as he wanted to, I said good-bye.

It is audacious to reduce a shofar to “a ram’s horn” only when both the speaker and his audience know that sounds of the shofar were heard at Sinai, that the shofar was blown in the Temple, that it calls one to repentance on Rosh Hashanah, and that it is blown on the occasion of an excommunication (which may have been what Rabbi Kohen had in mind). And one can only exit in insouciant triumph—and then tell the story—if the rabbi and the religion he represents retain their power.

Many of the great works of secular Jewish culture (of which Maimon’s Autobiography is an early instance) derive their energy from this heretical dynamic. They are not so much “rooted in the unique civilization” that gave birth to them as they are actively rebelling against it. Their voices were formed by this civilization, but their art—especially their distinctively Jewish art—often consists in raising those voices in protest (or irony). Secular poets like Bialik (or, later, Yehuda Amichai) were always just leaving.

Then there are those who have already left. In 1938, the great jazz clarinetist Artie Shaw (formerly Arshawksy) and his band appeared on a radio show to play their hit tune “Nightmare,” which had a klezmerish feel. The virtuoso classical violinist Efrem Zimbalist, who had begun his career as a Russian Jewish prodigy at the turn of the century, was waiting in the wings as the next guest. Despite his disdain for jazz, Zimbalist picked up his violin and joined in unannounced, like an extra fiddler at a village wedding.

Even if, as the critic Nat Hentoff once claimed, Shaw had a nigun in mind when he composed “Nightmare” (which makes one wonder at the title), and even if the sound of the notes plucked Zimbalist’s Ashkenazi heartstrings, this seems as good a moment as any to mark when the people of the shofar became the people of the clarinet and, just to that extent, stopped being a people in all but the most vestigial sense. Zimbalist and Shaw may have “bageled” each other as the band swung, but it didn’t mean a thing, or at least not very much. Give these guys a couple of Jewish Culture grants and some gushy profiles in the popular Jewish media, and it could almost have been the 21st century.

Solomon Maimon and Artie Shaw were both cool cats, but what makes Maimon a figure in the history of Jewish culture and Shaw a footnote in Jewish trivia—“who was Ava Gardner’s Jewish husband?”—is that Maimon couldn’t escape.

Of course, what killed An-sky’s European secular Jewish culture was not American-style acculturation, it was Nazi genocide, and it is impossible to say what would have happened to it (or to us) had history taken a different, gentler course. But therein lies the paradox to which I alluded earlier. There is, it seems to me, a real question—perhaps it is just the Jewish version of the classic modernist question—as to how long a culture can sustain itself on the rebellion against its predecessor.

Loeffler’s artful essay begins with a Jewish concert in St. Petersburg in 1910 and ends with one in Washington, D.C just a few months ago—given by Moscow-born pianist Evgeny Kissin. Can American Jews create a distinctively secular Jewish culture? Loeffler holds out hope, albeit faint, that “one or two geniuses” might yet spark a renaissance.  Given his description of such a culture as necessarily “rooted in the unique civilization that gave it birth,” I am struck by another, somewhat paradoxical thought. This is that such geniuses may be most likely to emerge from the sort of present-day Orthodox worlds in which Ahad Ha’am, Bialik, and An-sky are decidedly not names with which to conjure—worlds, however, that these figures themselves would have easily recognized.

Samuel Goldman
May
The Death of Jewish Culture
4. Response

Hello, I Must Be Going
1. Essay

Culture and the Classroom
3. Response