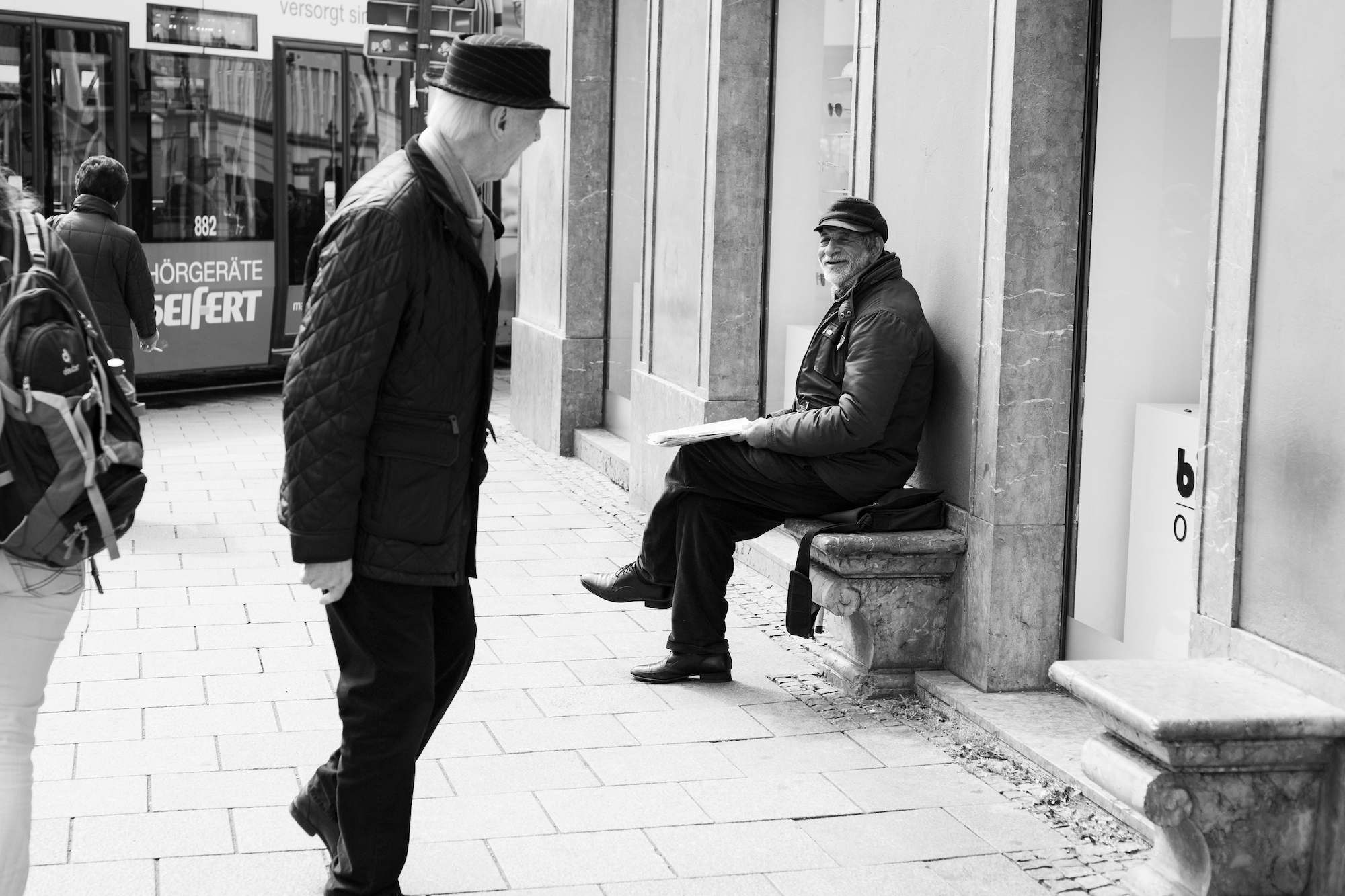 Sarah Benor, a noted figure in the field of Jewish sociolinguistics, has sent me a note regarding my last column. This dealt, as you’ll recall, with a Jewish-German argot called Lachoudisch, many of whose large number of Hebrew-derived words are still known to the non-Jewish inhabitants of the Bavarian town of Schopfloch in which it was spoken. At one point in the column I observed that the name Lachoudish, which has generally been explained as coming from Hebrew lashon ha-kodesh, “the holy tongue,” was more likely to have derived from “[Schopf]loch jüdisch, i.e., the Jewish speech of Schopfloch. This wasn’t my own idea. I had come across it in a discussion of Lachoudisch and it seemed sensible.

Benor has made me realize that it isn’t. Similar names, she writes, were given to other Jewish-German argots in southwest Germany, such as Lekoudesch and Lotegorisch, and it is far more reasonable to assume that these are all garblings of lashon ha-kodesh than to postulate different origins for each that led to like-sounding results. And so I hereby withdraw my support for the “[Schopf]loch jüdisch” theory.

One might ask, however, why lashon ha-kodesh, a traditional Jewish way of referring to Hebrew, should have been applied by Bavarian Jews to argots like Lachoudisch. Was it because these had a large Hebrew component in their vocabulary? But all distinctly Jewish forms of speech have been rich in Hebrew—that’s largely what makes them distinctly Jewish. Or was it because the speakers of these argots liked to laugh and thought it comical to label as holy their in-group German, which was often used to hide secrets or information from non-Jews? This could very well be the case, especially since, as my last column observed, the speakers of Lachoudisch had a sense of humor.

So did the Lekoudesch speakers of Rexingen, a town in Bavaria’s adjoining province of Baden-Württemberg. “Much of the content of what is said in Lekoudesch,” writes the Anglo-Israeli linguist Yaron Matras in an essay on it passed on to me by Benor, “concerns laughing at the expense of others and other forms of bypassing the normal rules of polite communication without suffering the punitive sanctions that overt communication about taboo topics normally entails.”

We saw an example of this in the Lachoudisch expression Schomajem nefiches Joum, “the Day of the Heavenly Fart,” as a way of referring to the Christian Day of the Ascension. Matras gives a ribald illustration of his own, taken from recordings, made in Rexingen in the mid-1980s, of Lekoudesch-influenced Christian speech. It is a particularly interesting one because it shows, not Jews using their argot to laugh at non-Jews, as was the case with Schomajem nefiches Joum, but rather non-Jews with a knowledge of Jewish speech laughing at Jews.

In this recording, a Rexingen inhabitant reminisces about an incident he witnessed nearly half-a-century earlier, before Nazism put an end to the Jewish presence in the town. A Jew, he said, jestingly said to a Christian woman, “Hasch scho z’morje gseifelt?” The element of dialect here is twofold: the regional hasch scho z’morje, “Have you already this morning,” would be hast schon heute Morgen in standard German, while the verb gseifelt is the past tense of the Hebrew noun sefel. Citing sefel’s translation as Schale, a basin, in the Luther Bible, my column of two weeks ago explained that this is why, in the Lachoudisch of Schopfloch, a sejfel bayis, “a sefel room,” meant a washroom or bathroom. In Rexingen the term had the same meaning, and the Lekoudesch-speaking Jew, confident the woman would not understand him, was having fun at her expense by asking her whether she had gone to the toilet that morning.

As told by the recorded informant, however, the woman knew more Lekoudesch than the jesting Jew reckoned on. “Ja, wart amol,” “Yes, wait a minute,” she said and went off to return a minute later with a bucket of water, which she proceeded to pour over the Jew’s head while telling him, “So, etzt hasch du au z’morje gsejfelt,” “So now you, too, have gone to the toilet this morning!” To which, soaked through-and-through, the startled Jew exclaimed aloud, “Schumajess kiess, die goja hat v’roumelt,” “Good Lord, the [Christian] woman understood!”

Schumajess kiess, Matras explains, comes from shma v’haskes, “listen and pay attention,” a Lekoudesch garbling of Hebrew hasket u-shma, “pay attention and listen,” a command given by Moses to the Children of Israel in the book of Deuteronomy. The joke turned out to be on the Jew, as the woman, the informant related, had worked for a Jewish employer and picked up some Lekoudesch in the process.

It’s an amusing little tale. And though Yaron Matras, to whom we owe it, is an accomplished linguist and I’m a mere amateur, it gives me an opportunity to correct him on one point. Matras, in his notes to the story, derives sejfel and its Lekoudesch verb seifela from Hebrew zevel, dung or excrement, so that sejfel bayis would literally mean “an excrement room” not “a basin room.” And yet while this make sense in itself, it fails to explain our Rexingen informant’s story, since what the woman dumps on the Jew’s head is not dung but a bucket of water. Perhaps a seifel in Lekoudesch was a bucket rather than a basin, but this hardly matters. What counts is that the Jew got his comeuppance—and that there once were times and places in Germany where Jews and Christians lived so closely together that the secret language of the Jews was often no secret at all.