Making Jews out of Zionists

A new-old paradigm is taking hold in Israel: a secularism based on a renewed embrace of Judaism. 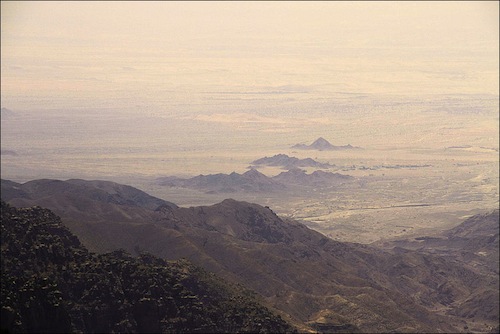 For committed Jews, life outside the borders of the Jewish state can be full of human meaning; but it can never be full of Jewish meaning. By contrast, Israel, where “the most—the only—meaningful future for the Jewish people” will occur, is by definition “the most meaningful place for a Jewish life to be lived.”

This profound and provocative statement by Hillel Halkin deserves close attention; it contains within it a radical idea that I’d like both to explore and to take issue with.

As Halkin notes in Letters to an American Jewish Friend, Zionism granted three gifts to the Jews:  a land, a language, and sovereign power. In Israel, the synthesis of all three has helped to create a vital secular Jewish culture. As I understand him, the synthesis works like this: with the assumption of Jewish sovereignty, there came a whole series of new and extremely urgent challenges of a kind unknown to Jews in the Diaspora. But the encounter with these challenges now takes place through the medium of the Jewish people’s ancient language and against the background and within the environment of its ancient homeland. That enormously fruitful encounter is what has given birth to the new Hebrew culture of Israel—and this culture, the product of Zionism’s three gifts, has enriched and enlarged the Jewish heritage.

Here lies my problem with Halkin. According to him, every form of Judaism that develops outside the land of Israel, not in Hebrew, and outside the context of Jewish sovereignty isn’t fully Jewish. Yes, it’s possible to live a full and estimable life outside Israel, to do great deeds, think great thoughts, create great works. But just as a full Jewish life is possible only in the land, so an authentic Judaism develops only by way of the triple synthesis of land, language, and power.

In my view, this is simply not the case. For most of Jewish history, Judaism developed without benefit of the threefold synthesis. The Babylonian Talmud was compiled and redacted by rabbinic sages in exile. Maimonides wrote the Guide of the Perplexed in Egypt, in Arabic, under the yoke of Muslim dominance. The same goes, in Europe, for the Zohar, the crowning work of Jewish mysticism; for Yehuda Halevi’s philosophical masterpiece Kuzari; for Hasidism; for the yeshiva culture of Lithuania; and for much, much more.

For 2,000 years, almost every significant work of the Jewish mind was produced without the advantage of the conditions that according to Halkin form the sine qua non of a full Jewish life and authentic Jewish culture. Indeed, the great achievement of the Diaspora was precisely the formation of a living, meaningful Judaism in the absence of a political or territorial base. To deny the worth of Jewish life outside the land of Israel is thus essentially to deny millennia of Jewish creativity.

My point is this: Halkin’s penetrating words are not just a critique of the Jews; they are a critique of Judaism. As for the secular Hebrew culture celebrated by Halkin, furthermore, my contention is that it has not so much enlarged the Jewish heritage as betrayed it.

As it happens, I too am excited by the promise embodied in the Hebrew culture of Israel; but how is that promise to be fulfilled? This, in fact, was one of the key questions confronting the founding fathers of Zionism, and in particular those among them who attempted to envision the new Jewish culture that would be shaped by the return to the land of Israel. Two of the greatest figures to grapple with this issue took opposing positions.

For Mikhah Yosef Berdichevsky (1865-1921), the cultural aim of the Zionist project had to be the complete severance of the historical continuity that bound Jews to their past and its replacement with an altogether new identity. In the Diaspora, Berdichevsky maintained, the Jews had been subjugated not only by Gentile authority but also by the Judaism of the rabbis. His Zionist program therefore had a dual thrust: emancipation at once from Gentile rule and from the rule of Jewish tradition.

Behind the demand to break the link between Jewish identity and Judaism stood an animating impulse: Zionist anger toward the Jewish past and in particular toward the stereotypical passivity of Diaspora Jews. This anger propelled a mighty wave of creativity, shaping many seminal works of the modern Hebrew imagination; today, the anti-religious attitudes that lay behind it are still to be found in various segments of contemporary Israeli society.

Against this, however, and against the ideas of Berdichevsky, stood Ahad Ha’am (pen name of Asher Ginsberg, 1856-1927). He, too, was looking to emancipate the Jewish spirit, and he, too, sought freedom—but he understood these terms in a completely different sense.

To Ahad Ha’am, the great goal of the Zionist project was, precisely, the renewal of Judaism. Freedom was to be achieved not by liberation from Judaism but by the liberation of Judaism—a goal to be approached through a new and free interpretation of the tradition. In Ahad Ha’am’s vision, the reborn Jewish home would sprout new academies of learning (batei midrash), new scholars, and new students. In no way inferior in talent or learning to the generations who had come before, this new generation would be thoroughly immersed in traditional texts but would relate to them less as sources of restrictive authority than as sources of expansive and vitalizing inspiration.

The contest between Berdichevsky and Ahad Ha’am ended decisively: Berdichevsky won. Secularism, defined as a veritable wall of separation between Israeli Jews and their Jewish past, became the paradigmatic stance of many of the key political, cultural, and educational institutions of the Jewish state. In this respect, ironically, a large part of secular Israeli culture came to resemble a mirror image of its archenemy: ultra-Orthodoxy. As the ultra-Orthodox segregate themselves from the outside world, many secular Israelis still zealously segregate themselves from their religious and Diaspora past.

But Berdichevsky’s victory was, in the end, temporary. Over the last decade, a deep change has come over secular Israeli culture. Energetic forces, some of them still underground, have given rise to a new and decidedly Jewish cultural scene. In music, rock stars like Beri Sakharof, Ehud Banai, and Kobi Oz have created an avant-garde sound steeped in explicitly Jewish references and motifs; others, like the New Jerusalem Orchestra led by Omer Avital and Rabbi Haim Louk, explore the vibrant intersection of jazz and classical Sephardi liturgical composition (piyyut). There are new television programs, films, festivals of art and culture, and, especially, study centers straight out of the dreams of Ahad Ha’am. In these new academies, thousands of Israelis, starved for connection, are discovering intellectual and spiritual sustenance in the classical Jewish sources.

I’m not suggesting that secular Israelis are turning religious, though numbers of them are. I’m talking about a cultural movement that doesn’t undermine or displace secularism but actually fortifies it, albeit in a new mode. If, for the first two generations of Israelis, secular culture was built on the negation and repulsion of Diaspora traditionalism, the burgeoning secularism of recent years is defined by a wholly different impulse. Berdichevsky is out; Ahad Ha’am is in. A new-old paradigm is taking hold: a secularism based not on the repudiation of Judaism but on the willingness, and the desire, to be influenced by it.

To put all this another way, it’s not so much that secular Israelis are becoming religious as that they are becoming Jews. The new Israeli paradigm embodies a more modest and less radical form of Zionism—but it does so by offering a synthesis that is actually bigger and more capacious than the one sketched by Hillel Halkin. Embracing power, land, and language, it also welcomes and eagerly embraces Maimonides of Spain and Egypt, Rashi of France, and the talmudic sages of Babylonia.

Micah Goodman directs the Ein Prat Academy for Leadership in Israel, a nonprofit specializing in Jewish-Zionist education for young adults. His best-selling Hebrew book, Secrets of Maimonides’ Guide of the Perplexed, is forthcoming in English from the Jewish Publication Society.

Making Jews out of Zionists
1. Essay