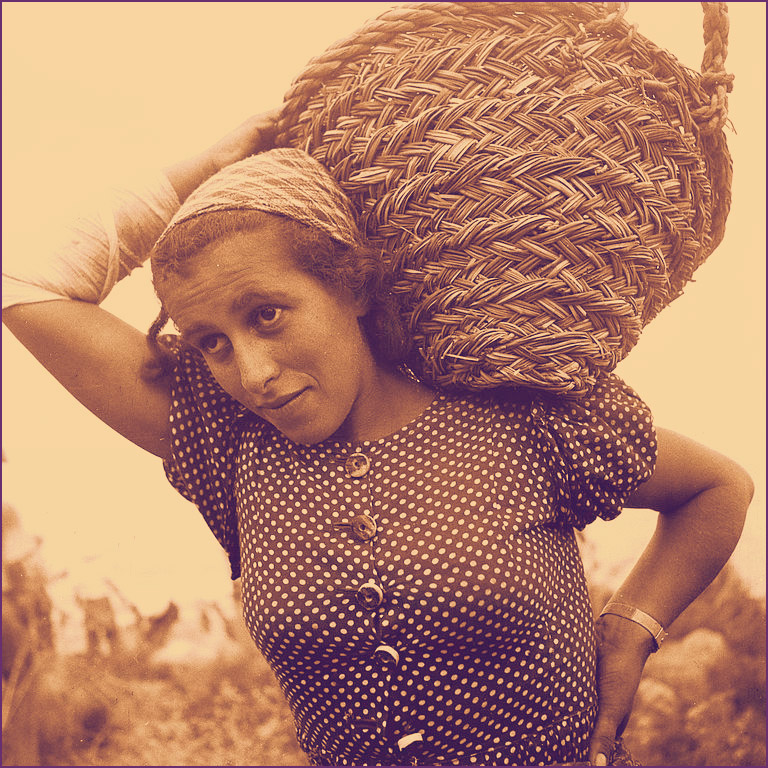 Yoav Sorek’s essay, “Israel’s Big Mistake,” is many things at once: a paean to a once-vigorous and self-confident Israel; a lament over the failures and shattered dreams of Arab-Israeli rapprochement; a mash-up of history, ideology, and political analysis in a heartfelt—but, I fear, ultimately misguided—plea for a regenerated Zionist spirit.

There is much to commend here, especially in the way Sorek frames Israelis’ perceptions of the Israeli-Arab relationship over the past seven decades. He ably puts his finger on a key feature of Zionism: the yearning for acceptance. This same impulse characterized nearly all the diverse Jewish responses to the attractions and the dangers of modernity. For Jewish nationalists of the 19th and early 20th centuries, it prescribed the assimilation by Jews of the increasingly universal categories of political identity underlying the new international state system.

The impulse for recognition, reciprocity, and normalcy did not die with the birth of the Jewish state in 1948. As Sorek rightly notes, it was an integral part of Israel’s sense of self from its earliest days onward. His essay examines the history of this need as expressed particularly in Israeli-Palestinian peacemaking—a need that in his view turned into a self-incriminating and self-defeating ideology. So desperate were Israeli leaders to be accepted by Israel’s long-time enemies that they lost their confidence in the Zionist spirit and by the 1990s charged heedlessly, and disastrously, into the morass of Oslo.

The facts in Sorek’s exposition are essentially true, and the narrative of a dangerously overeager peacemaking is now shared by a majority of Israelis. But his reconstruction also exemplifies a flaw in all historical writing: namely, the imposition of an orderly and seemingly purposeful path of causation on a past reality that at the time was as confusing and chaotic as is present reality. In particular, his argument that, essentially, Israeli leaders went to Oslo because their faith in Zionism was shaken rests on the assumption that, the final disastrous results of Oslo being knowable and inevitable, Israel’s behavior in the 1990s can be explained only by the irrational motives that drove its leaders and much of the public.

In fact, the results of Oslo were not a foregone conclusion. Peace, even with the PLO, seemed a reasonable prospect at the time. In a post-cold-war world dominated by the United States, the PLO’s support for Saddam Hussein in the 1991 Gulf War seemed to showcase the movement’s growing isolation and delusion. When Jordan, a country that had also supported Hussein and was itself deeply enmeshed in Palestinian affairs, then abandoned its pan-Arab orientation in favor of a genuine accommodation with Israel, it no longer seemed impossible that the Palestinians might seek to do the same.

None of this implies that the Oslo process was well-conceived or in any sense successful; it was neither. But it was not so irredeemably foolish as to impugn the mental faculties of its proponents. In 1992, if a political accommodation, however uncomfortable, was possible with Jordan—and also, as Sorek points out, with Israeli Arabs—and was manifestly in the best interests of the Palestinians themselves, it was neither irrational nor “post-Zionist” to think that it was worth a try.

In short, the negative results of Oslo need larger explanations than those furnished by a narrow, ideologically-tinged critique of the Israeli national psyche. But Sorek’s argument suffers from another analytical flaw as well: the cherry-picking of facts and symptoms to reach a questionable conclusion.

One example is his discussion of the virulently anti-Israel attitudes voiced by Palestinians and, for that matter, Israeli Arabs. Sorek’s almost exclusive focus on Israel’s failure to challenge this discourse misses the complexity of the phenomenon. In a nutshell, political identity is carefully policed in Palestine precisely because it is so fragile. Fatah and Hamas are tyrannical movements that must constantly inflate the phantasm of the “Zionist Enemy” in order to buttress their own shaky grip on power. Palestinian rejectionism, whose manifestations and consequences Sorek describes well, is rooted not merely in a tenacious clinging to an unbending maximalism but at least as much in the exigencies of the moment: the simple fact of PA and Hamas dictatorship and the harsh reality of political dysfunction and failure.

The borders of Israeli Arabs’ identity are similarly policed because it, too, has become increasingly elastic and accommodating. While their leaders reject even the term “Israeli Arab,” and insist on being called “Palestinian citizens of Israel,” about half of Arab Israelis themselves now say they are either “very proud” or “quite proud” to be, simply, Israeli—this, despite years of conflict, terrorism, intifada, and vicious delegitimization of the Jewish state in Arabic-speaking media and among political elites.

Indeed, all evidence points to a remarkable level of identification with the Jewish state. Arab Israelis are bullish on the country’s future, with 63 percent in 2012 saying it will succeed in defending itself against outside threats, 78 percent reporting confidence in its Supreme Court, and 42 trusting the IDF to protect them. The more one examines the available statistics—a prime source is the annual study conducted by the Israel Democracy Institute, from which I’ve been quoting—the brighter the picture becomes

So, in an example cited by Sorek, when Arab leaders excoriate a Christian Arab priest for encouraging his followers to join the IDF, their harshness is a sign less of their ability to force a “closing of Zionism’s horizons” than of the slow but overwhelming triumph of Zionism’s day-to-day reality over the collapsed fantasies of Arab ideologues. Simply put, Israeli Arab leaders are right to be worried. One need only look at the priest’s continued public advocacy of his position, and at the increased willingness of Israeli Arabs themselves to join the IDF and participate in other forms of national service, to see in which direction the arc of history is bending.

The essence of Sorek’s thesis is contained in his call for “a clear Israeli vision and a strong stand against pushbacks, both domestic and international”—pushbacks, that is, to potential initiatives by Israel to address directly the problems of Palestinian Arabs in the areas under its control and on the wider scene. Thus, citing the role of UNRWA in worsening the plight of the Palestinian refugees and their descendants still sequestered in camps throughout the region, he insists that a “self-possessed Israel” could spearhead a global campaign to solve the issue once and for all. Proceeding to sketch the glowing future Israel might enjoy by regaining its lost self-confidence, he wonders if it is “too much” to envision, for example, a “massive aliya from North America” or “the restoration of Jerusalem as the international hub it previously was.”

Here Sorek exhibits the same suspension of disbelief he chastises so effectively in the Oslo generation. Has the absence of self-confidence led to Zionism’s present-day troubles? Israeli self-confidence cannot and will not undo the plain fact that the sovereign legal authority in the West Bank resides with an IDF major general unelected by the Palestinian residents. Israeli self-confidence will not help stabilize or democratize the collapsing regimes of the country’s regional neighbors, remove the threats in Sinai or Syria, or put an end to the ceaseless machinations of nuclear procurers and terror planners from Marrakesh to Tehran.

Nor is “self-confidence” a helpful watchword for advancing a better Israeli future. It won’t bring “massive aliya from North America” for the simple reason that Zionist ideology by itself has never brought massive aliya from anywhere. Speaking with me recently, the eminent demographer Sergio DellaPergola described the critical factors: “To assume dramatic migrations [from the Diaspora to Israel], we have to assume either that Israel will have transformed itself into the most developed country in the world or that something will happen in the [Jews’ current] countries [of residence], a total disruption of the sort we saw when the Soviet Union fell.” Such a disruption would now have to take place in the United States, since that is where three-quarters of Diaspora Jews live.

Besides, what is this self-confidence of which we speak, and how do we know it when we see it? I recently launched a high-tech venture with my brother, a talented computer programmer and expert who is regularly summoned to Redmond, WA to consult with Microsoft. A good friend recently retired from a nonprofit enterprise that he founded a decade ago and that now raises and disburses millions each year to make a real difference in the quality of Israeli society.

Such examples could be multiplied; they are not exceptions but almost an Israeli norm. And this unparalleled flourishing of Israeli innovation and entrepreneurial daring is accompanied by a deep sense of mutual solidarity. Indeed, Israeliness itself is bound up in an intoxicating dialectic of individual self-fulfillment and collective responsibility and sacrifice, a feature that arguably have something to do with Gallup findings that Israelis are among the happiest people in the world.

The strange complexities that drive the interaction of these characteristics are not the subject of this discussion. But, at the very least, they suggest that when someone accuses Israeli Jews of having lost their pioneering edge, their Zionist devotion, or their sense of identity and collective history, the burden of proof rests with the complainant.

Haviv Rettig Gur is the political correspondent of the Times of Israel.