A letter from recently opened archives of the great writer makes clear how seriously he took the language, and by extension a possible move to Palestine. 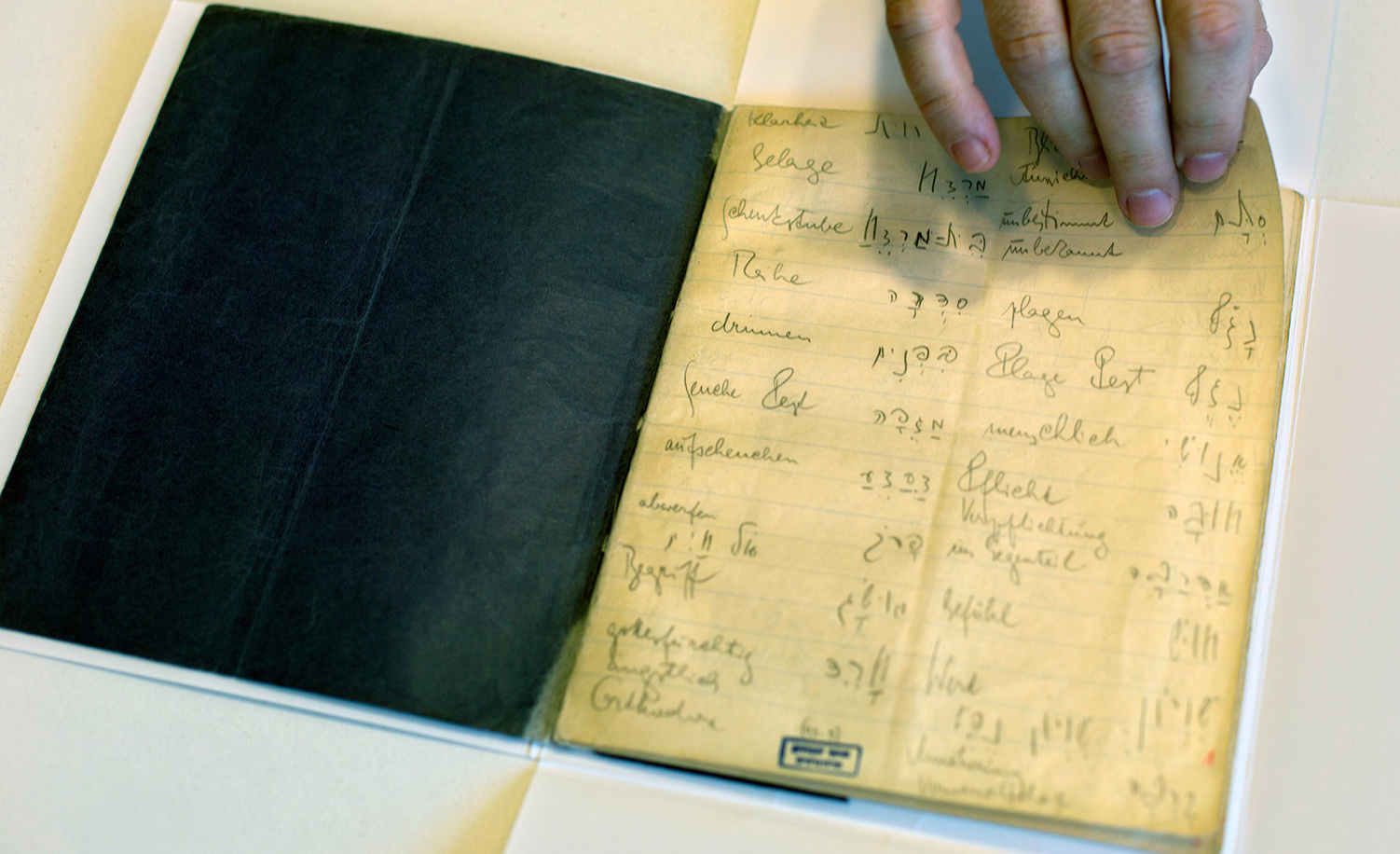 Last week saw the long-awaited release by the National Library in Jerusalem of that part of Franz Kafka’s literary estate, the whole of which had been willed by him to his friend Max Brod, to have survived the illegal sale of many of its manuscripts by Brod’s secretary Esther Hoffe after Brod’s death. The disposition of what remained was subject to a protracted court case between Hoffe’s daughter and the state of Israel that in 2016 was finally decided in Israel’s favor. This material has now been made available to the public, and a few samples from it have been posted on the Internet.

The most interesting of these samples bear on Kafka’s study and knowledge of Hebrew. It has never been a secret that Kafka, in the years before his early death from tuberculosis in 1924, took up the study of Hebrew, in part because of his interest in Jewish culture and in part because, as a convert to Zionism, he had thoughts of settling in Palestine. Yet in the ongoing debate between literary critics over how “Jewish” a writer Kafka really was, the skeptics have argued that his Zionism was a whim, his interest in Hebrew superficial, and his plans for Palestine a dying man’s fantasies.

Enough has already been known about Kafka’s interest in Hebrew to rebut this argument. Now, however, with the baring of previously unknown Hebrew notebooks and letters, the proficiency achieved by him in the language has become clearer. Imperfect though it was, it turns out to have been striking.

Perhaps the most impressive of these documents is a letter written by Kafka in 1923 to his Hebrew tutor, a young Palestinian woman named Pu’ah Bentovim. Kafka met Bentovim in late 1922 when she came to Prague to study mathematics; his tutorials with her ended when, less than a year later, she moved to Berlin to enroll in a teachers’ seminary, after which they corresponded in Hebrew. The letter in question (its presence in Kafka’s papers indicates that this is a draft) seems to have been written in response to a letter from Pu’ah in which she expressed her concern that her parents in Jerusalem, from whom she was waiting to hear, might insist on her returning to Palestine.

Kafka’s Hebrew handwriting is difficult to make out. Some of its letters, such as the heh, mem, and alef, are minuscule; others are tall and spiky. Here, minus its vowel points, is my printed transcription of what he wrote: 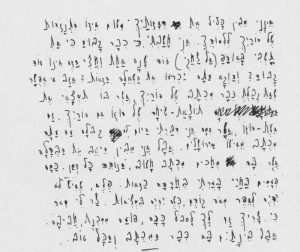 A scan of Kafka’s letter in Hebrew to Pu’ah Bentovim. National Library of Israel.

And here, with one or two guesses on my part, is a translation of the letter into English. (The “Hugo” mentioned in it is the philosopher Hugo Bergmann, a native of Prague and an old school friend of Kafka’s who had settled in Jerusalem and was friendly with Pu’ah’s parents. Apparently, they consulted him about her plans.) It has no opening or closing greeting.

I don’t at all understand your worries about your parents opposing your studies. I thought it was already settled that you would stay in Urop (don’t laugh) another year and a half. Has it not been settled? Is the matter only now to be decided? Because I can’t determine whether you have received a letter from your parents about the results of Hugo’s conversation with them. Hugo wife, with whom I spoke today, has not received a letter from Jerusalem from her husband. But I can well understand how frantically one waits for an important letter. [Here follows a three-word sentence I cannot decipher.] Several times in my life I have felt I on fire with such anxiety. It’s a wonder one doesn’t turn to ashes very quickly before being utterly annihilated. I’m terribly sorry that you, too, have to suffer in this way, poor Pu’ah, my dearest. But in the end the letter arrives and all is well.

It’s not only Kafka’s handwriting that poses a problem. His Hebrew grammar is sometimes faulty. His diction is stiff and frequently unidiomatic. In places his native German shows through and in others he seems to have depended on a German-Hebrew dictionary (in which he couldn’t find “Europe” or how to spell it) that did not inform him that certain usages were archaic.

When he wrote agav i edleh, for example, which I have translated as “Because I can’t determine,” this sounds to a contemporary Hebrew speaker something like “By the way, I canna extract.” When he wrote isho, “his husband” instead of ishah, “her husband,” he was forgetting that the possessive suffix added to the word ish, “man” or “husband,” needed to be feminine.

But all this is beside the point. The noteworthy thing is that Kafka, whose lessons with Pu’ah Bentovim lasted less than a year before she left Prague for Berlin, learned to express himself in Hebrew on a level, I daresay, that most graduates of a Jewish day school in America would find beyond their reach. There is no evidence that he had unusual linguistic abilities. Although he spoke a second language, Czech, fluently, so did most Prague Jews. He could only have learned Hebrew as well as he did in as short a time as he did by working very hard at it. If there are still any doubts that he took it (and by implication, a possible life in Palestine) with the utmost seriousness, his letter to Pu’ah Bentovim should lay them to rest.

Sometime in the late 1970s or early ’80s, at the end of a panel discussion in Jerusalem on Kafka and the Polish-Jewish author Bruno Schulz in which I participated, a frail old lady came up to me and introduced herself as Pu’ah Menczel. Her maiden name, she said, was Bentovim. When she saw that meant nothing to me, she added that she had been, long ago, Kafka’s Hebrew tutor in Prague. “I was Kafka’s model for Josephine,” she confided, referring to his late story “Josephine the Singer, or the Mouse Folk,” and offered to meet with me and tell me more.

I doubt whether Kafka modeled Josephine to any great degree on anyone, though the idea of a “mouse [Maus in German] folk” was very likely connected in his mind with the German verb mauscheln, to speak with a Jewish intonation. Why I never got in touch with Pu’ah Bentovim, though, is today incomprehensible to me.

Yes, I was involved in other things. I was writing a book. Kafka wasn’t uppermost in my mind. If I look for reasons, they were there. But Kafka’s Hebrew teacher? I’ve made greater mistakes in my life than not taking her up on her offer, but few that I regret as keenly.