The Necessity of "Son of Saul"

Technology has robbed us of our ability to empathize. It may take a vision of a death camp to reignite it. 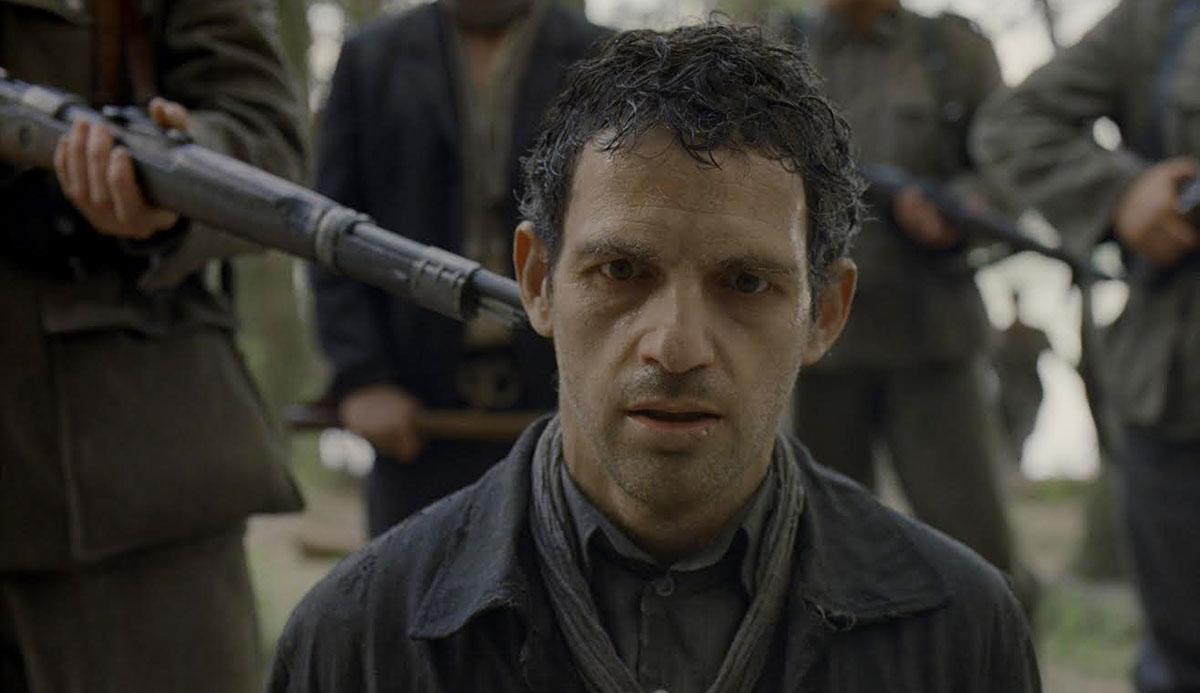 Response
Liel Leibovitz
About the author


Liel Leibovitz, a journalist, media critic, and video-game scholar, is a senior writer for the online magazine Tablet.

Really great films are often really about film itself. Whatever else it has going on, Orson Welles’s Citizen Kane (1941), to name one obvious example, is also a love song to deep focus and a meditation on the fractious nature of cinematic storytelling. And Stanley Kubrick’s 2001: Space Odyssey (1968), another obvious example, muses on the boundaries of technology and imagination by giving us a gorgeous and difficult movie that is the perfect embodiment of both. Even documentaries are not immune to this inflammation of reflexivity: for all the weight evoked by its length and its subject matter, Claude Lanzmann’s Shoah (1985) is an essay about film and memory and the difficulties of projecting the past on the screen.

Being a great film, Son of Saul plays the same trick: sure, it’s set in Auschwitz, but what it really is just may be a movie about watching movies. Dan Kagan-Kans, in “That Holocaust Feeling,” must himself feel a little of this metaphysical blues. His thoughtful review considers the film through, among other things, the prism of video-game ontology, and ends with a spirited meditation on what the rise of virtual reality might do to Holocaust-themed movies. He’s wrong, I think, but about all the right things: Son of Saul is indeed obsessed with “immersion,” the viewer’s utter absorption in the story’s fictional world—but not (as Kagan-Kans asserts) in a video-game idea of immersion, which is a furious ballet of thumbs that moves quickly and favors instinct over analysis. Instead, the movie offers a different vision of immersion, as hopeless and ethereal as its protagonist Saul’s doomed quest: it’s about trying to be present in a story in an age that has desensitized us to stories, trying to feel when we’re mainly conditioned to lol or squee or omg.

Writing in the Wall Street Journal recently, David Thomson, one of the few great living American film critics, has lamented what he calls “the loss of darkness.” Ever since 1922, Thomson argues, when Robert Flaherty brought his camera to the Canadian arctic and introduced us to Nanook of the North, filmmakers have been explorers as well as artists, thrilling us by taking us where, without them, we could not go. But what’s the meaning of exploring now that an adolescent with a moderately priced piece of special-effects software can stage an explosion on the surface of the moon or generate a faithful facsimile of the Golden Gate Bridge, only to have the Martians blow it up? And why would we go to sit in the dark and watch stories unfold when “content” is being offered up on our phones and our watches and in the back seats of taxis? Instead, Thomson muses, “we are depressed because that technology somehow betrays our allegiance to narrative and our longing for the untamed actuality of the world out there.”

And could there be, really, a more untamed bit of actuality than a death camp? By keeping his camera trained on the insufferably expressive Geza Rohrig, Son of Saul’s director, Laszlo Nemes, forces us to see what Saul sees and hear what he hears. It’s no use reminding ourselves that it’s only a movie. That thing we’re feeling in our stomachs as we watch is too real.

Video games, virtual reality, and all of our finest digital distractions know nothing about this feeling, and, thankfully, haven’t a way to recreate it. Much like religious rituals, they repeat sounds and sights and motions not to make the world more familiar but to make it somehow stranger and suited for transcendence. This is why even moderately capable gamers can career through their favorite games with their eyes frequently closed, relying on muscle memory to take over much as basketball players do when they toss the ball to the side without looking, knowing full well that a teammate will be there to receive it. Such automation hardly allows for empathy to bloom; empathy requires contemplation, which, in turn, requires subjectivity. Video games shun all that. They are self-contained worlds of pure action, too kinetic to allow anything deeper than the depression of buttons.

Kagan-Kans argues that Son of Saul is powered by the very same fast and mindless dynamic; but the opposite is true. The film slows down where a game would’ve sped up. It obfuscates—Kagan-Kans ably lists the obfuscations—when it ought to clarify and resolve. Even though it moves from area to area in and around the camp, it does not, in any meaningful way, progress, and it allows no achievements. It merely asks us to shoulder Saul’s burden, a burden too heavy for anyone to bear.

Which, of course, is what movies used to be about, and what they can no longer achieve. We gravitate to superhero epics and gross-out comedies and grisly horror movies because the act of paying attention, of being invested in a fellow human being’s difficulties and triumphs and heartbreaks, no longer comes naturally. To feel again, we need a crucible as fiery as a death camp’s crematorium.

This is because the central problem of the Holocaust is also the central problem of so much of art after the Holocaust, the problem of how to empathize. As the machinery of destruction, literal or metaphorical, storms on, remaining human increasingly depends on small and desperate measures, on caring wildly even when the alternative is eminently more sensible, of holding on to muted truth and pointless beauty. This is what Saul does in the film, and what Son of Saul does as a film. This is why both are great human achievements.

Sadly, Kagan-Kans seems to disagree. As his essay draws to a close, he contemplates how a future work of art—powered by algorithmic magic—might approach the Holocaust. “The important thing,” he pleads, “is that it would focus not on what the Holocaust felt like but on how to comprehend it, not on the experiential and immersive à la Son of Saul but on the imaginative, intellectual, and moral.” But Son of Saul is here to argue the opposite. The film is here to remind us that the course of human events is thick with moments that defy comprehension and are impervious to our intellectual faculties. It’s here to insist that experiencing something, really feeling it, may just be our last line of communication with the better angels of our nature. Shutting down that last redoubt would be a shame. Our emotions may be misleading, infuriating, and wild, but they’re the only things that make our lives, and our movies, truly worth the while.

The Necessity of "Son of Saul"
1. Essay