The Vital Task of Holocaust Memory

The need is great for accurate cinematic portrayals of not only Eichmann, his capture and his trial, but of the Holocaust itself. 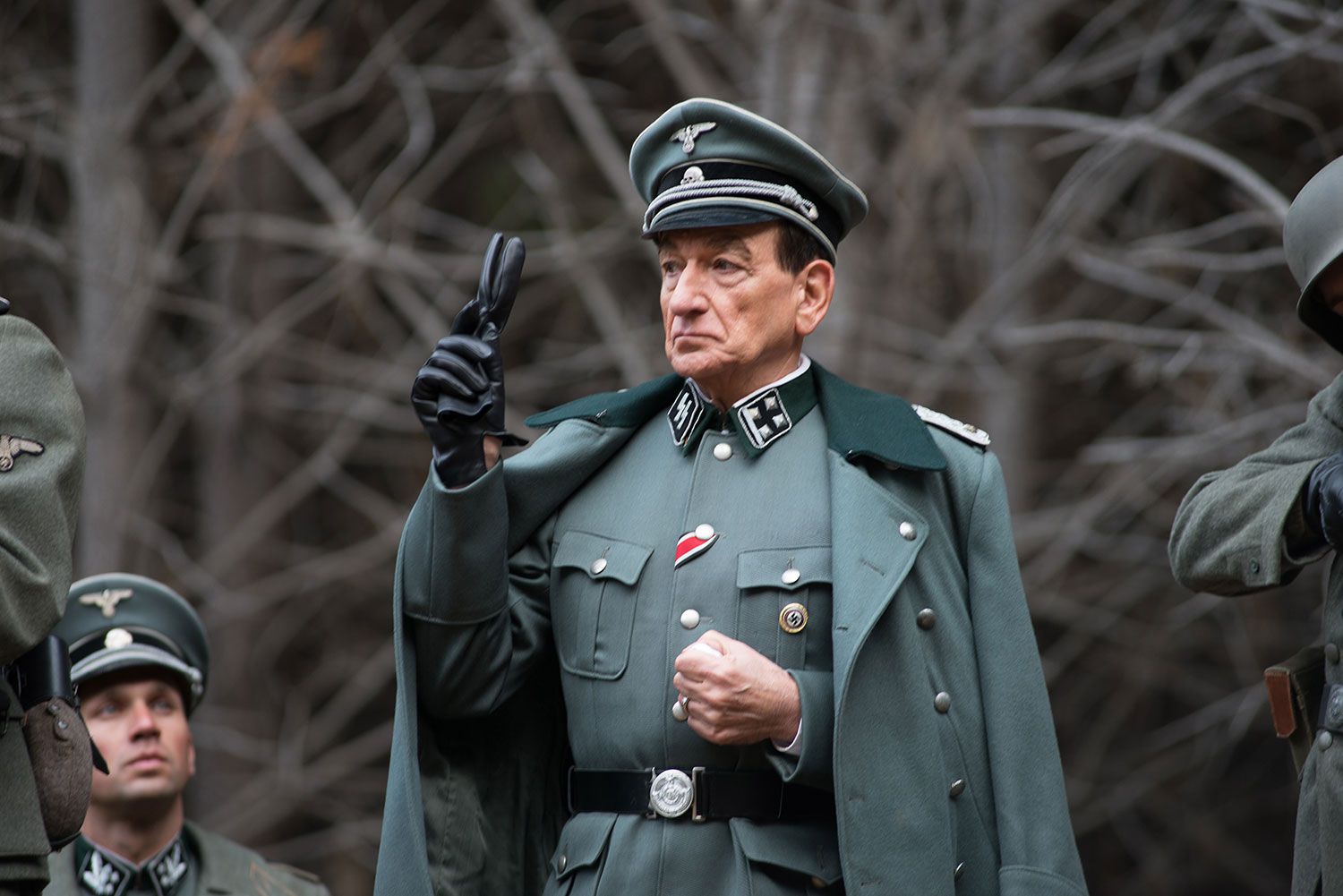 Response
Walter Reich
About the author


Walter Reich is Yitzhak Rabin Memorial professor of international affairs, ethics, and human behavior at George Washington University and a senior scholar at the Woodrow Wilson Center. He was the director of the United States Holocaust Memorial Museum from 1995 to 1998.

Time and again, Martin Kramer has challenged one widely-embraced orthodoxy or another, both ideological and historical. And, using his incisive reasoning and his finely-honed skills as an expert and diligent historian, he has upended them.

In “The Truth of the Capture of Adolf Eichmann,” Kramer has done it again. He points out, rightly, that for most people the memory of historical events is formed less by what actually happened than by the narratives, often false, used to convey them. He argues that, in this case, what people think they know about Eichmann’s 1960 capture by Israelis in Argentina is based not on actual facts but on purported facts, invented by a person who wanted to be seen as a hero, and by Hollywood producers who based their film about Eichmann’s capture on that invention because it was cinematically useful. Worse still, the film conveys a false sense of the kind of man Eichmann was.

Kramer argues that the film—Operation Finale (2018)—was a misleading confection based on an account by one of the Israeli agents, Peter Malkin, and was almost surely exaggerated in order to make that agent appear to be a bold, brilliant, resourceful, kind, and tortured hero. It was also a fiction that, partly by casting as Eichmann the actor Ben Kingsley—widely beloved as a result of his roles in the films Gandhi and, more to the point, Schindler’s List—turned one of the monsters of history into a sympathetic human being. Kramer maintains that it was, in fact, a different agent, Zvi Aharoni, whose account of the operation was more reliable—and it was Aharoni, not Malkin, who got Eichmann to sign the agreement that he was going to go to Israel for a trial of his own free will.

I find Kramer’s argument about Malkin and Aharoni convincing, as I do his suggestion that the world deserves a more historically accurate film, based on the accounts given by Aharoni.

Kramer’s larger conceptual point about public memory rings true to me. Based on my years of teaching, I know that the Holocaust that lives in the public’s memory, or consciousness, is powerfully shaped, and very often distorted, by presentations of it on film. This is sadly exemplified by the award-winning film Life Is Beautiful, which, when it appeared in 1998, was seen by more Americans than any other foreign film, and left the viewer with the idea that children survived and played games in concentration camps, and that Jews could play jokes on Germans. To be sure, one astute critic called that film a sentimental lie; but almost all of its viewers were enchanted by it and left the theater feeling moved, emotionally enriched, and utterly inclined to think that concentration camps weren’t so bad. In the courses I teach on Holocaust memory, the vast majority of my students, both Jewish and non-Jewish, come into the class having seen the film, having fallen in love with it, and having been influenced, in some way, by its false depiction of historical reality.

Only a few films have come close to presenting what actually happened in the Holocaust—notably, The Grey Zone, a brilliant, grisly, and brutally honest film that depicted the Sonderkommandos in Auschwitz, Jews who were forced to burn the corpses of their fellow Jews, sometimes pushing their own relatives into the ovens. The New York Times critic, after calling the film honorable, added, “But honorable is not always watchable.” And he was right. This great film went unwatched, closing in a few weeks. I don’t recall any of my students ever having seen it, or even heard of it, before I asked them to watch it. A more recent film, Son of Saul, appeared in 2015; the following year, it was the subject of its own Mosaic essay. Like The Grey Zone, Son of Saul was brutally honest; but, once again, most found it hard if not impossible to watch. Many of the disingenuously uplifting films that have been widely seen have had, to a greater or lesser extent, a distorting effect on the public’s sense of what the Holocaust actually was.

While Kramer is right that Operation Finale will have a similarly distorting effect on the memory of Eichmann’s capture, in a very important sense this is beside the point with regard to the larger significance of Eichmann’s trial.

Which of Eichmann’s Israeli captors played the most important role in his capture, and which of them got Eichmann to sign the agreement that he was going to go to Israel for a trial of his own free will, aren’t matters of great importance except in the sense that it’s nice to get the facts straight about this chapter in the post-Holocaust story of Adolf Eichmann.

To be sure, the “humanization” of Eichmann in the film is indeed important, since how we see this man who played so central a role in the “Final Solution” shapes our sense of the capacity of seemingly ordinary human beings to carry out acts of massive evil. That, after all, was the subject of the hotly-contested argument provoked by Hannah Arendt’s interpretation of Eichmann as an illustration of the “banality of evil.”

The most important thing about the trial of Adolf Eichmann was that it happened, and that it happened on the world stage. Israel’s Prime Minister David Ben-Gurion’s primary goal in getting it to happen was to educate the public—and in particular the post-war generation of Israeli Jews—by exposing them to the testimonies of Holocaust survivors and experts.

Young Israelis, though quite aware that something very terrible had happened to the Jews of Europe not long before, and though they were surrounded by survivors with numbers on their arms, were nevertheless occupied with the present, not the past.

Israelis focused their attention on building a new country, strengthening themselves to defend that country in the face of unremitting annihilationist threats. They focused not on grief and fear but on hope.

Ben-Gurion understood that the future of the country depended on Israel’s memory of the past. The young builders of Israel needed to be reminded of the details of the recent history of the Jewish people—not to paralyze them but to educate them, to help them understand how important it was to protect the Jewish state and to demonstrate why, because of history, a Jewish state was, literally, vital. The rest of the world needed to be reminded of that as well.

And in accomplishing this goal Ben-Gurion was massively successful. The trial captured the attention of the entire country and many outside it, too. Multitudes learned from it. And it achieved, for the dead, a modicum of justice.

Sixty years after Eichmann’s capture, the challenges are not the same as they were in Ben-Gurion’s time, but they are immense. Israel has made advances in terms of its national defense, scientific achievement, and commercial success. But eliminationist threats have grown, hostility in some quarters around the world has increased, even among former friends, anti-Semitism is resurgent, and war by other means—including mounting efforts to boycott, divest from, and impose sanctions on Israel—has generated pulsing energy against the Jewish state. Some of that anti-Zionist energy is shared by Jews in America and Europe who have forgotten the vulnerability of the Jewish people to the murderous prejudice that has been unleashed repeatedly over the centuries, most devastatingly by Nazi Germany.

And it is in relation to these threats that Holocaust memory that’s true to history is more important than it ever was. Martin Kramer has performed a service by correcting a particle of that memory. And in that spirit, his essay puts us squarely before a larger and more difficult task. As he rescued the truth of Eichmann’s capture from distortion, so must we rescue the meaning of the Holocaust itself, a meaning that is now quite under assault.

The number of those who find memory of the Holocaust politically and ideologically inconvenient has grown, as have the number of attacks on its reality and contemporary relevance. Meanwhile, the number of still-living witnesses diminishes. People forget. Depictions on film are misleading. Thanks are due to Martin Kramer for his important correction of the public’s memory of how Eichmann was captured. But the far larger task of sustaining the memory of the Holocaust, a memory that is a bulwark against future depredations, faces us with increasing urgency.

The Truth of the Capture of Adolf Eichmann
2. Response

Where Arendt Was Right on Eichmann
4. Response

Thinking about Eichmann in the Way That the World Thinks about Israel
5. Last Word