Bright people in Washington have long dreamed about the possibility of a reformed Iran. Barack Obama is just the latest. 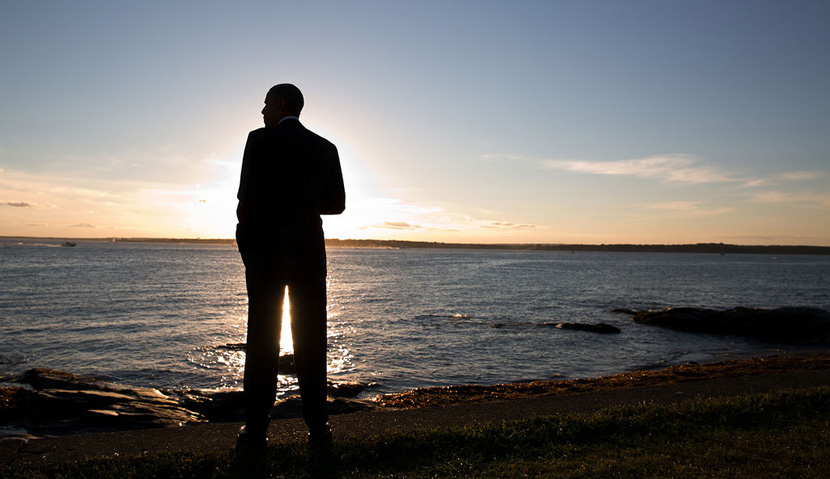 
Reuel Marc Gerecht is a senior fellow at the Foundation for Defense of Democracies and a former case officer in the CIA with responsibility for Iranian recruitments.

Barack Obama has been eager for an Iranian diplomatic breakthrough since the beginning of his presidency, and Michael Doran, in “Obama’s Secret Iran Strategy,” has trenchantly laid out a chronology of the president’s aspirations. It’s hard, however, to find anything particularly secret about them.

A perdurable myth among much of the American left and American “realists” alike is that the United States and the Islamic Republic ought to be able to find a strategic modus vivendi. Remember the attempt by Bill Clinton and his secretary of state Madeleine Albright to engage Mohammad Khatami, the mild-mannered, sincerely cheerful “dialogue-of-civilizations” mullah who unexpectedly won the Iranian presidency in 1997. Arming his diplomacy with contrition, Clinton not only apologized for the CIA-supported 1953 coup against prime minister Mohammad Mosaddeq, he apologized for the West’s untoward actions against Persia for the last 150 years.

Recurringly optimistic, the New York Times columnist Thomas Friedman often writes about the logic behind improving Iranian-American relations. For his part, the indefatigable, gimlet-eyed traveler Robert Kaplan is another dogged believer that behind the mullahs’ anti-American religious rants lies a geostrategic reality that must, sooner and not later, bind the Americans and Iranians again in common cause. The informal Track II diplomacy, so-called, which for years has revolved around former American ambassadors Thomas Pickering and William Luers and the New York-based Asia Society, is a fascinating experiment by American “pragmatists” socializing with pleasant, usually powerless, and sometimes mendacious Iranians. As Doran points out, such “realist” sentiments, amplified by an acute desire to run away from Mesopotamia, were also behind the Iraq Study Group’s 2006 recommendations for a renewed American outreach to the Islamic Republic.

There was obviously nothing secret in President Obama treading this well-worn path. It would have been shocking if he, who is allergic to machtpolitik, American hegemony, and the antagonisms that have defined American foreign policy since World War II, did not try to solve the primary strategic enmity in the region.

True, there may be something secret in the mechanics of how the president has consistently sought to extend an olive branch. We don’t know, for instance, what he wrote in his letters to the Supreme Leader Ali Khamenei. We don’t know whether he promised to back away from any aggressive action against Bashar al-Assad, the Islamic Republic’s principal Arab client, as a means to entice the Supreme Leader into a direct, more friendly dialogue with the United States. But it’s not necessary to posit that his do-nothing policy in Syria flowed more from Iranian calculations than from his overall determination to disengage the United States militarily from the region. There may be an overlap in the president’s mind, but odds are good that when he ran away from his own red line on Assad’s use of chemical weapons, he did so without much Persian daydreaming.

Doran assumes and accentuates calculations and ulterior motives behind Obama’s actions. Concerning the nuclear negotiations, he writes: “[B]y exaggerating the spirit of reform in Tehran, the White House was able to suggest that Iran, not America, had compromised.” I am not so sure. In Washington people are usually well-intentioned, and, when it comes to the Islamic Republic, often just dumb. An impressive number of bright people in Washington have repeatedly gone gaga over the possibility of reform in Iran since 1979.

There are many reasons for this behavior: an inability of Westerners to deal with—treat seriously—religion and religious regimes; lingering guilt over American support for the shah; the left’s tendency to side with Third Worlders; and the undeniable warmth, hospitality, and wit that Iranians often show to visiting Americans. The Western media regularly conflate the anger at theocratic rule displayed by young, college-educated Iranians with the real, though hardly pro-Western, dissent among some clerics and lay revolutionaries from the camp around Ali Akbar Hashemi-Rafsanjani, the former major domo of political clerics and the formative force behind the nuclear-weapons program.

Moreover, this hopeful but errant analysis is often unintentionally reinforced by American right-wingers who draw caricatures of Iranian theocrats and Iran’s religious culture that strip the former of their Persian sensibilities and the latter of its rampant, oh-so-human hypocrisies. Ali Khamenei, the Supreme Leader, isn’t a Persian-speaking Osama bin Laden, and when right-wingers suggest that he is, sensible people can get a little nervous.

It is entirely possible for President Obama and intelligent, dedicated, patriotic, senior Democratic officials to have sincerely believed that President Hassan Rouhani possibly signaled a new age in U.S.-Iran relations. If well-meaning and Persian-speaking academics can ignore the mountain of primary material about Ali Khamenei’s ferocious hatred of the United States and the West, or about Rouhani’s pivotal role in Iran’s nuclear-weapons quest and in the regime’s unrivaled use of terrorism and assassination abroad, then it’s easy for extremely busy government officials, who don’t have much time to read boring English translations of Iranian speeches, to ignore the historical record. Hope springs eternal in Washington, especially during Democratic administrations.

And let us be clear: Hassan Rouhani and his American-educated foreign minister, Mohammad-Javad Zarif, are talented, at least compared with former president Mahmoud Ahmadinejad’s crowd. They know how to speak to Westerners without setting off civilizational alarm bells. Unlike Ahmadinejad, they don’t talk about their glowing visions of the Mahdi, or explicitly deny the Holocaust. In his interview with CNN’s Christiane Amanpour, Rouhani prevaricated about the Holocaust, but he did it in such a way (he said he would let “historians” decide the truth, as if they hadn’t done so already) that his naughtiness slid right by his host.

Above all else, the Washington foreign-policy establishment, both Democratic and Republican, fears military conflict with Tehran over its nuclear program. This omnipresent fear bends analysis. It encourages self-deception. President Obama’s fear of war is palpable and omnipresent—it’s not just a tactic that he regularly deploys to intimidate Democratic members of Congress who fear he is caving in the nuclear negotiations. Although parading one’s anxieties is a self-defeating approach to take with a revolutionary regime built on power politics, it is at least honest.

It’s a very good bet that in all the “secret” letters that Mr. Obama has sent the Supreme Leader, he’s been similarly open about his hopes and anxieties. Since 2009, Khamenei’s quotient for anti-American derision has grown. We don’t have to peer behind the curtain to see why.

What They're Saying about "Obama's Secret Iran Strategy"
6. Last Word