Being both “open” and Orthodox sounds to me like an excuse for anything goes. 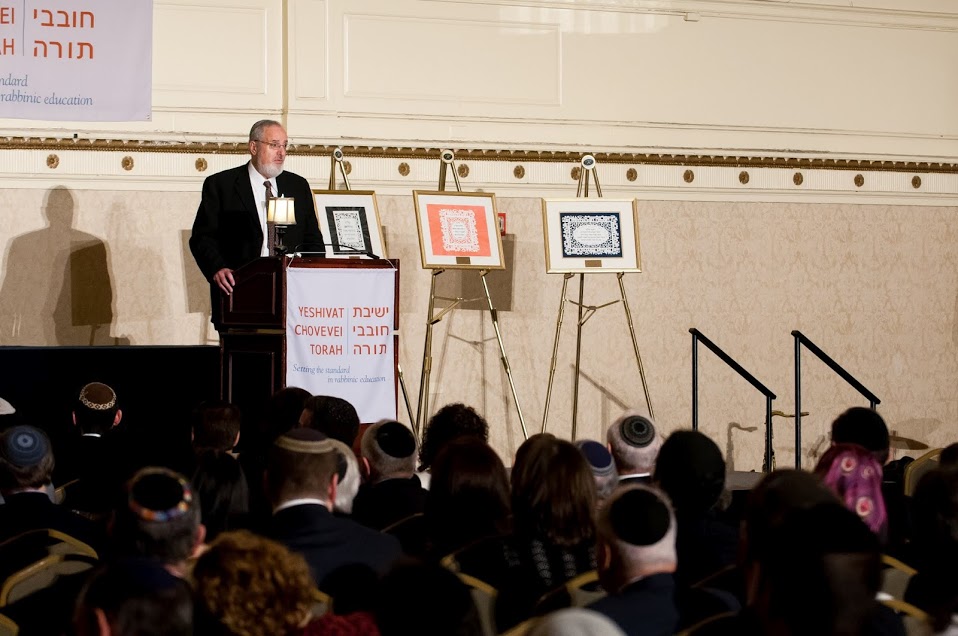 Many thanks to Jack Wertheimer for his thorough analysis of modern Orthodoxy and for our interesting conversation as he was preparing the essay. I welcome the opportunity to be part of this crucial dialogue.

During my almost 40 years as a pulpit rabbi, I have developed a reputation for liberal rulings on many issues, and for occasional critiques of haredi Judaism. It was therefore a surprise to many people when I came out as a vocal critic of Open Orthodoxy. I would like to explain my position here by focusing on an issue that Wertheimer touches on but does not treat in depth—in my view, perhaps the most critical issue of all.

To have a fruitful discussion about Modern Orthodoxy, we must first determine what defines it as a movement. Religious movements, and certainly Jewish religious movements, are not held together simply by particular common practices or even ideological stances. Neither a knit yarmulke nor a college degree defines Modern Orthodoxy, just as neither a black hat nor having attended this or that yeshiva defines haredi Judaism. I’m sure I’m not alone in knowing several self-identified haredim who have had robust secular educations and have not lobotomized the parts of their brains that contain what they learned in those precincts. Similarly, I know many solidly Modern Orthodox families who send their children to right-wing day schools to protect them against secularizing influences, or who do not feel themselves theologically connected to the state of Israel.

Such fuzzy and ill-defined accommodations exist across many ideological divides. Unless we are willing to multiply subcategories of Orthodoxy to the point of absurdity, we need to look elsewhere to delineate the boundaries of Modern Orthodoxy. The critical element lies in the guiding principles that form one’s worldview, from which doctrinal and practical judgments follow. When discussing Orthodox Judaism—and, to a lesser extent, other forms of Judaism as well—this usually boils down to fundamental attitudes toward the authority of halakhah (Jewish law). Once these guiding principles are established, any ensuing variations are of degree, not kind.

A look at the evolution of Reform and Conservative Judaism will illustrate my point. (I admit to grave oversimplification in the interest of brevity.) Early Reform leaders sought to make Judaism a matter of activity carried on in one’s private space, while in the public arena differences between Jew and Gentile were to be minimized. They then made decisions through the prism of this outlook. One temple might choose to celebrate the Sabbath on Sunday; another might stick with Saturday. But such differences did not really matter, and neither would any changes either might make to the liturgy. Regardless of their practical conclusions, so long as both congregations shared the same underlying ideology, both were Reform.

These days, Reform speaks much about the principle of individual autonomy in making choices about Jewish practice and sees halakhah as not legally binding. One Reform Jew might choose to adhere to Orthodox standards of kashrut, another simply to refrain from pork, a third to keep “eco-friendly” kosher, a fourth to buy only from “ethical food purveyors,” a fifth not to observe kashrut at all. These five Jews may argue among themselves about which choice is most in line with “Jewish values,” but no one will doubt that they belong squarely within the Reform fold, since all are following the principle of autonomous choice. This may be a major reason why, at least for the time being, Reform is doing quite well: moral autonomy, rather than acceptance of authority, is a guiding principle of the cultural Zeitgeist.

Conservative Judaism, once the largest denomination, is not nearly so successful. Created largely by the children of East European immigrants to America, it sought to sustain the authority of halakhah while asserting that halakhah was more flexible than the Orthodox maintained. A rabbinical ruling that permitted driving to the synagogue on Shabbat is the most famous example. For Orthodox Jews, such permissiveness was unthinkable; for Reform Jews, ritual prohibitions were not relevant. Conservative authorities begged to differ with both.

And yet, as Daniel Gordis has cogently written, this ruling was so obviously based on convenience rather than sound jurisprudence that it succeeded in undermining the validity of Conservative Judaism itself. Many who were serious about halakhah gravitated to Orthodoxy; many more, seeking to abandon its burdens, didn’t need Conservative Judaism’s blessing. In later years, the movement’s loss of a coherent set of guiding principles would manifest itself in such confusing or contradictory stances as a continued emphasis on observance and day-school education combined with culturally “advanced” positions in such areas as women’s roles in the synagogue and, most recently, same-sex marriage.

By contrast, the haredi world, despite some recent cracks, draws its strength from the uncompromising clarity of its principles. Halakhah takes precedence over other considerations. For those of hasidic orientation, having a rebbe with putative special wisdom to guide one through the complexities of life is powerfully attractive; unsurprisingly, non-hasidic haredim have also adopted this model of rabbinic leadership. Confidence comes with knowing in precise detail what to do and how to do it in almost every situation. Recently, many have been drawn to the mystical idea that the performance of minor extra-halakhic customs has cosmic significance. This supplies a compelling rationale for blocking any sort of change, except for the reintroduction of otherwise forgotten customs. Fighting the devil of modernity, which certainly has claimed its victims, gives adherents a real sense of purpose.

What then of Modern Orthodoxy? As taught by Rabbi Joseph B. Soloveitchik, as manifest in the writings of Rabbi Abraham Isaac Kook, and as based on ideas expounded by a number of authorities from Maimonides in the 12th century to Samson Raphael Hirsch in the 19th, it certainly shares some aspects of its fundamental worldview with that of the haredim. The fact that Orthodox is the noun and modern the modifier is telling. One starts with absolute fealty to halakhah, and from within its four walls actively engages with modernity.

Sometimes, that engagement will modify behavior. A useful example is the early adoption of English (rather than Yiddish) as the language of sermons. Although this departure from tradition was initially met with strong opposition, it never had to overcome any real halakhic roadblocks. Other, more recent cases—like permitting women to deliver sermons or answer halakhic questions—have raised genuine halakhic issues, yet Modern Orthodox rabbis have been able to draw on precedent and rabbinic jurisprudence to permit such practices (just as their haredi opponents drew on precedent and rabbinic jurisprudence to forbid them). In still other cases, accommodation is impossible: gay marriage, for instance, cannot be accepted. (This is a separate matter from treating homosexuals with basic respect and dignity, a firm and indisputable tenet of contemporary Modern Orthodoxy.)

Nonetheless, Modern Orthodoxy is not doing very well, because people are not living by its guiding principles. Even those who identify with the movement do not view the world through fealty to halakhah followed by modern modification. There are many indicators of this, and Jack Wertheimer does a good job of chronicling some of them.

Prominent among such indicators is the rise of Open Orthodoxy, which I oppose—despite taking permissive positions on women’s prayer groups and the possibility of women to serve as synagogue presidents, and despite having published the first article in an Orthodox venue to speak of the dignity of homosexuals. In each of these cases, I came to my conclusions after much reflection and careful consideration of authoritative texts. By contrast, being both “open” and Orthodox sounds to me, unfortunately, like an excuse for anything goes, so long as it can be given a veneer of legitimacy through a bit of superficial talmudic casuistry. I have asked leaders of this stream what its limits are, and have never received an answer. It is, therefore, no surprise that some of its leading younger lights have repudiated both the divine authorship of the Torah and belief in the messiah, and taken other theological and halakhic positions that go far beyond the historical limits of Orthodoxy.

And why not? Open Orthodoxy seems to have no guiding principles to limit its innovations. So what will happen when the inclusion of women and homosexuals is no longer trendy, when the other innovations have run their course, and when the movement on the ground looks increasingly guided by the Reform principle of individual autonomy or the moral/halakhic balancing act of Conservative Judaism? And when the larger society’s ideological pendulum swings from today’s extreme cultural liberalism to a more socially conservative outlook, what then? It is all too likely that, as has happened before, the exciting and trendy will have served as another gateway out of Judaism.

But Open Orthodoxy is not the only problem. Another, significant one is the decline of intellectualism within Modern Orthodox circles. Who in the Orthodox community is engaging in original Jewish thought? While Christians have created a 21st-century academic discipline of religious thought, Jewish academics, including Modern Orthodox Jews in the field of Jewish studies, have conspicuously failed to follow suit. Yes, it’s a truism that, in general, people’s attention spans today seem not to allow for deeper and more nuanced modes of speculation. But Modern Orthodoxy needs intellectual vibrancy in order to flourish. In this connection, incidentally, I confess to being the rabbinic informant, cited anonymously by Wertheimer, who complained that today’s synagogue-goers are far less interested in the nuanced study of talmudic texts than in a superficial review of a few sources on a topic with direct relevance to their lives.

Can these and other problems affecting classical Modern Orthodoxy be fixed? Yes, with a lot of effort and resources. But that is another conversation.

Barry Freundel is the rabbi of Kesher Israel in Washington, DC, and assistant professor of rabbinic literature and history at Towson University. He is the author of Contemporary Orthodox Judaism’s Response to Modernity (2003) and Why We Pray What We Pray (2010).

How to Rejuvenate Modern Orthodoxy
7. Response